She rose to worldwide prominence earlier this year as a star in the second series of Netflix‘s Bridgerton.

And Simone Ashley kept her stunning beauty on full display as she walked the red carpet for the Bones And All premiere during the 79th Venice International Film Festival on Friday.

The actress, 27, looked stunning in an elegant red satin gown as she walked the carpet for the star-studded film event. 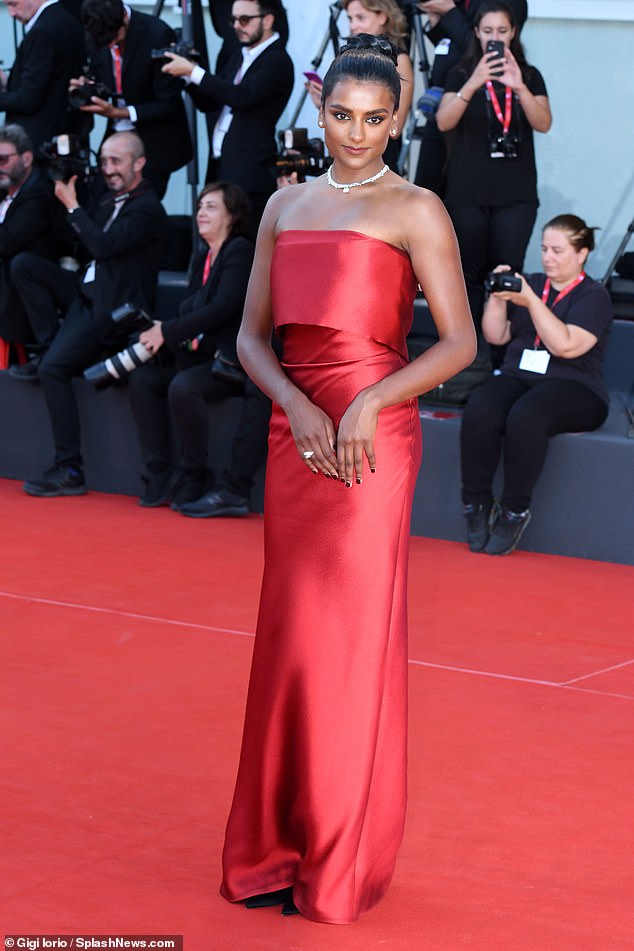 Wow! Simone Ashley, 27, exudes elegance in a red satin gown as she attended the Bones And All premiere at Venice Film Festival on Friday

Simone showcased her svelte physique by donning a form-fitting red satin gown with a strapless bodice.

The star swpt her glossy black tresses into a sleek up-do and completed her look with dainty silver jewellery.

Simone was among a slew of stars who walked the red carpet for Venice’s latest premiere, including Jodie Turner-Smith, Chloe Sevigny and Timothée Chalamet. 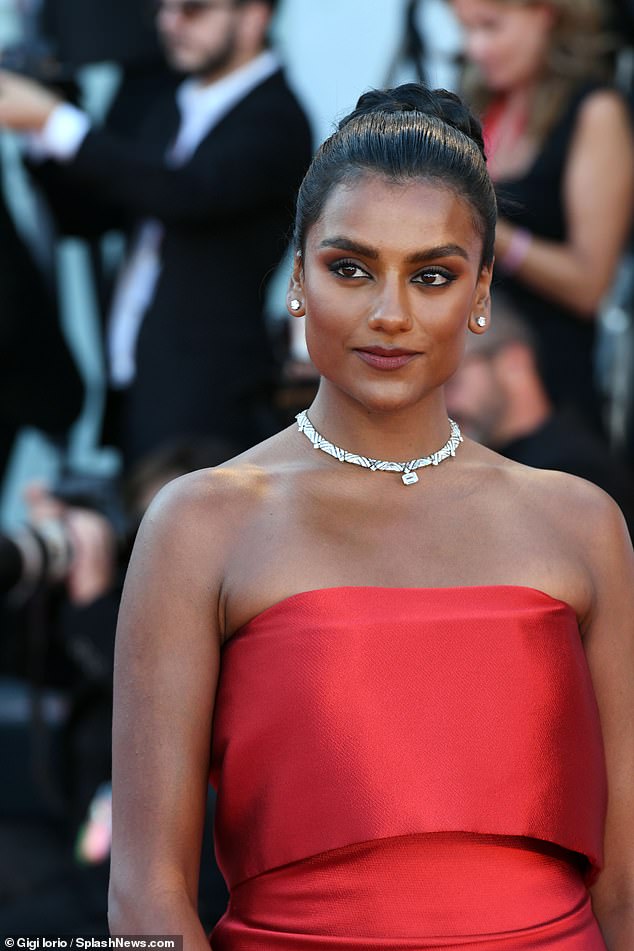 A vision: The actress looked stunning in a sophisticated red satin gown as she walked the carpet for the star-studded film event 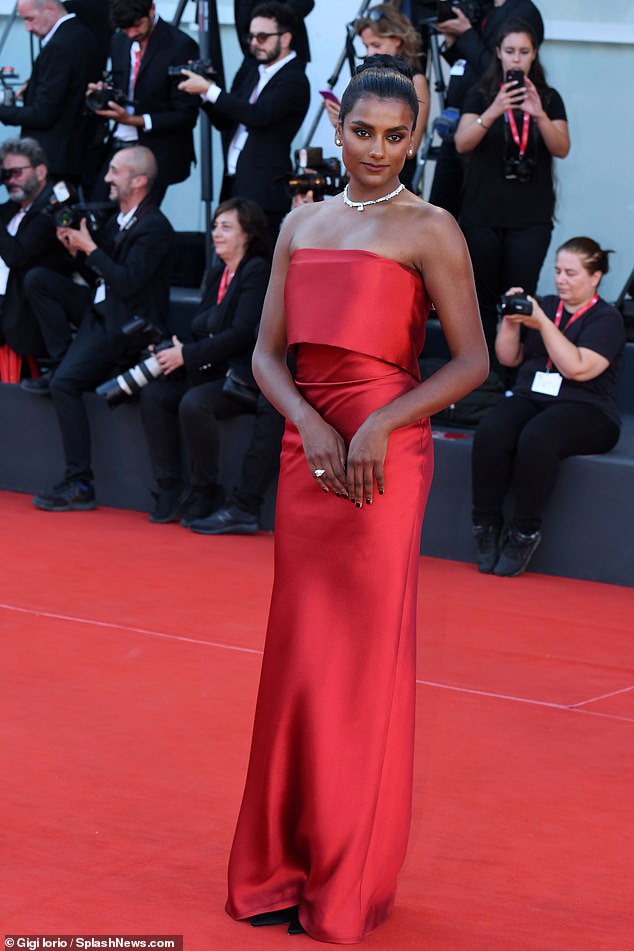 Attracting the biggest stars, the Film Festival is held annually on the island of the Lido in the Venice Lagoon.

Movie screenings are taking place in the historic Palazzo del Cinema on the Lungomare Marconi. 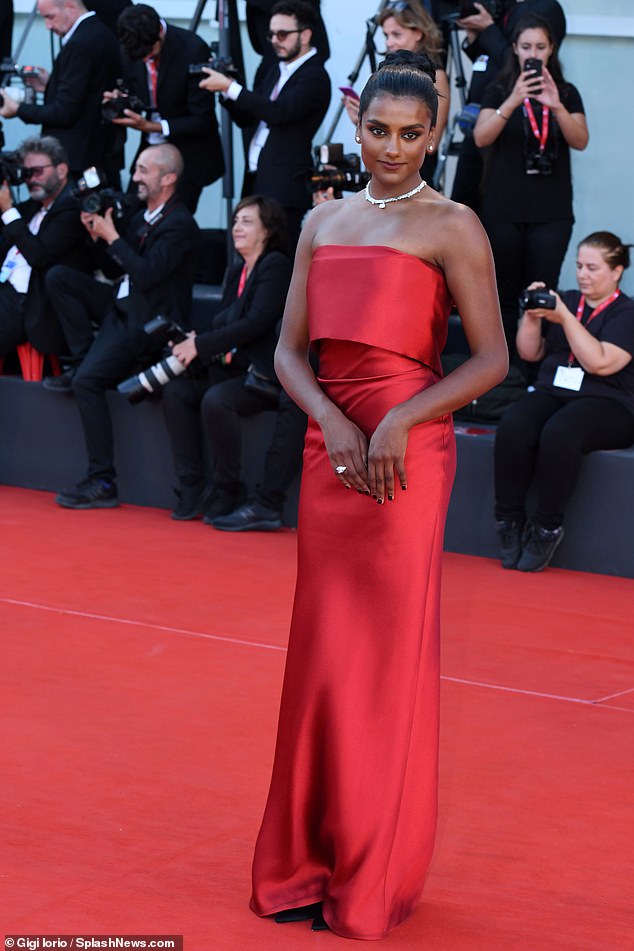 Flawless: The star swpt her glossy black tresses into a sleek up-do and completed her look with dainty silver jewellery

Bones And All features the native New Yorker, 26, as disenfranchised drifter Lee, who falls in love with cannibal Maren Yearly (Taylor Russell) and they become a ravenous couple on the run.

The movie reunited Timothée with his Call Me By Your Name director Luca Guadagnino.

In the teaser, Lee asks Maren: ‘You don’t think I’m a bad person?’ and Maren replies: ‘All I think is that I love you.’

The coming-of-age horror flick is set in the eighties as Lee’s Chevy truck with Indiana plates has bumper stickers for Reagan/Bush 1984 and one that reads: ‘My wife, yes. My dog, maybe. My gun, never.’

Bones and All – hitting US theaters November 23 – is based on Camille DeAngelis’ 2015 novel and it features Mark Rylance, Chloë Sevigny, David Gordon Green, and Francesca Scorsese. 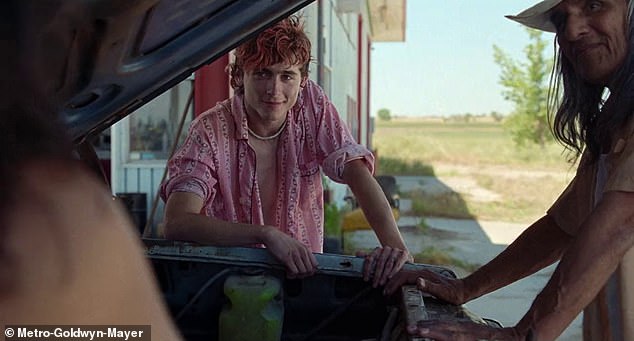 Storyline: Bones and All is centred on a pair of cannibals who become lovers and take a road trip across the United States (Timothée Chalamet pictured in-character)