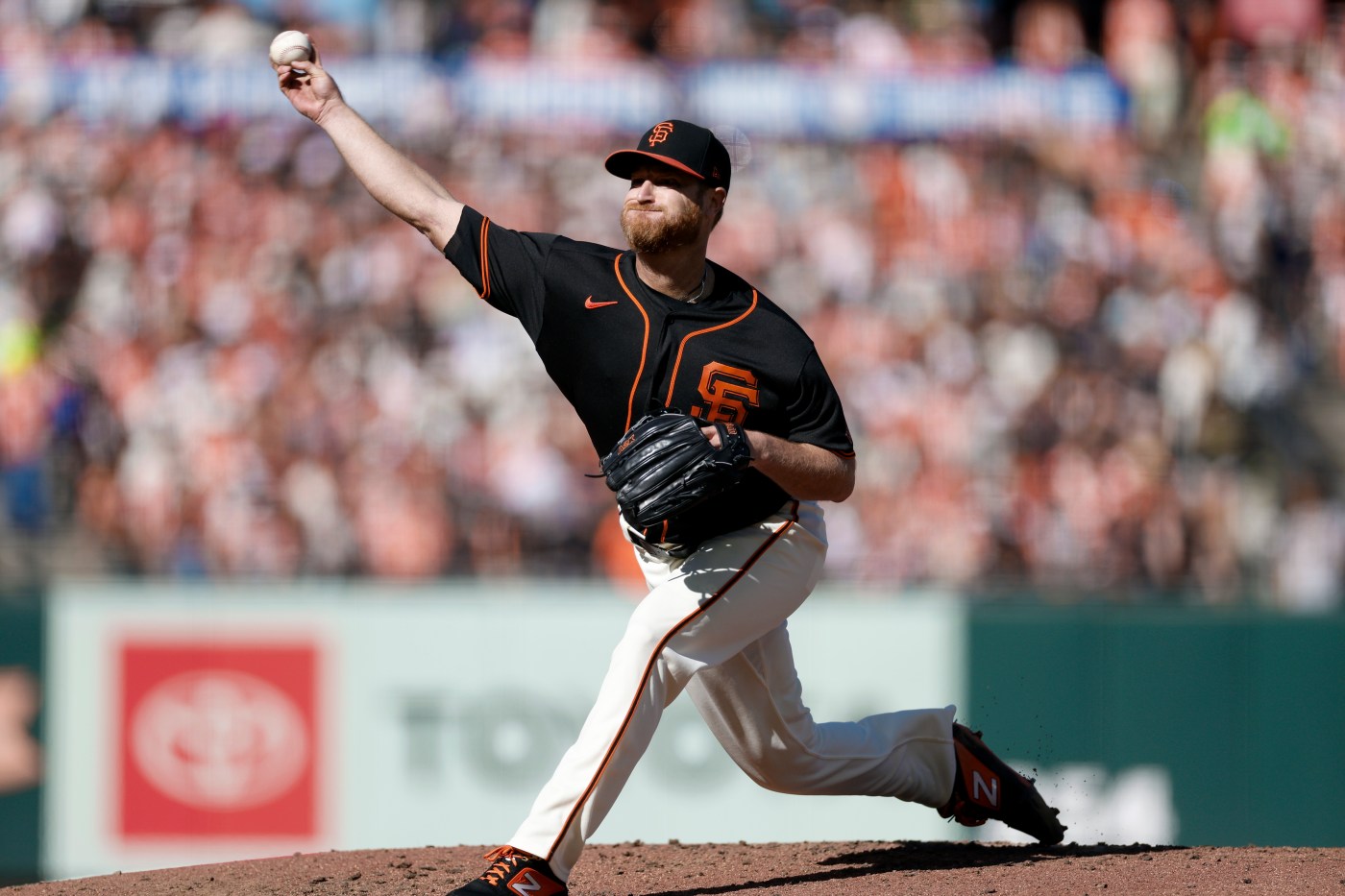 SAN FRANCISCO — It couldn’t happen again. It wouldn’t, right? Surely, the thoughts racing through the heads of so many of the 41,257 Giants fans in attendance Saturday afternoon when Mike Yastrzemski stepped in against Brewers reliever Jandel Gustave with the bases loaded, tied at 1, in the bottom of the eighth.

A night after he played the hero with a walk-off grand slam, Yastrzemski had his chance at an encore (albeit an inning early). If you liked that, how about … a balk? It was no grand slam, but Wilmer Flores jogged home to score the go-ahead run when home plate umpire Pat Hoberg called a balk on Gustave before his 1-2 offering to Yastrzemski.

Powered by Alex Cobb’s best outing in orange and black, the Giants beat the Brewers 2-1, securing at least a split in this four-game series with the NL Central leaders and further correcting course from an all-time skid with one game to go until the All-Star break. After dropping 14 of 18, the Giants have won six of their past eight games.

The Giants’ only run through seven innings looked like it would hold up behind Cobb, who took a shutout into the eighth.

Darin Ruf broke a scoreless tie with a solo shot to left in the sixth inning, his second homer in as many games after he smashed one of three ninth-inning blasts in Friday night’s comeback win. It also served as only the Giants’ second hit, as Brewers starter Eric Lauer traded zeros with Cobb for much of the afternoon.

But as Cobb tried to complete eight innings for what would have been his first time since 2018, Austin Slater appeared to get turned around on a fly ball from Hunter Renfroe. It fell to the warning track, bounced off the wall and Renfroe chugged in to third, setting him up to score on a sac fly from the following batter, Omar Narvaez.

Cobb had to settle for a standing ovation, a no-decision and his longest outing since tossing 7⅔ for the Angels last April. He hadn’t pitched past the sixth inning in 13 previous starts this season.

Cobb has been beset by bad luck, bad defense and bad health while taking a 4.57 ERA into his last start before the All-Star break. Since flashing a sinker that touched 96 mph during spring training — an uptick of 2-plus mph — the pitcher on display Saturday was the one the Giants have touted all season as their latest rotation breakout candidate.

Cobb’s is only the latest in a growing line of strong starts from the Giants’ rotation. Since June 28, no group of starters in the majors has a lower ERA than the Giants’ mark of 2.25. That’s 24 earned runs over their past 96 innings, including a stretch over their past seven games of 45 innings while allowing five total earned runs (1.00 ERA).

With one game to go until the All-Star break, the Giants will turn to Opening Day starter Logan Webb to extend the string of strong starts in the first-half finale Sunday afternoon.