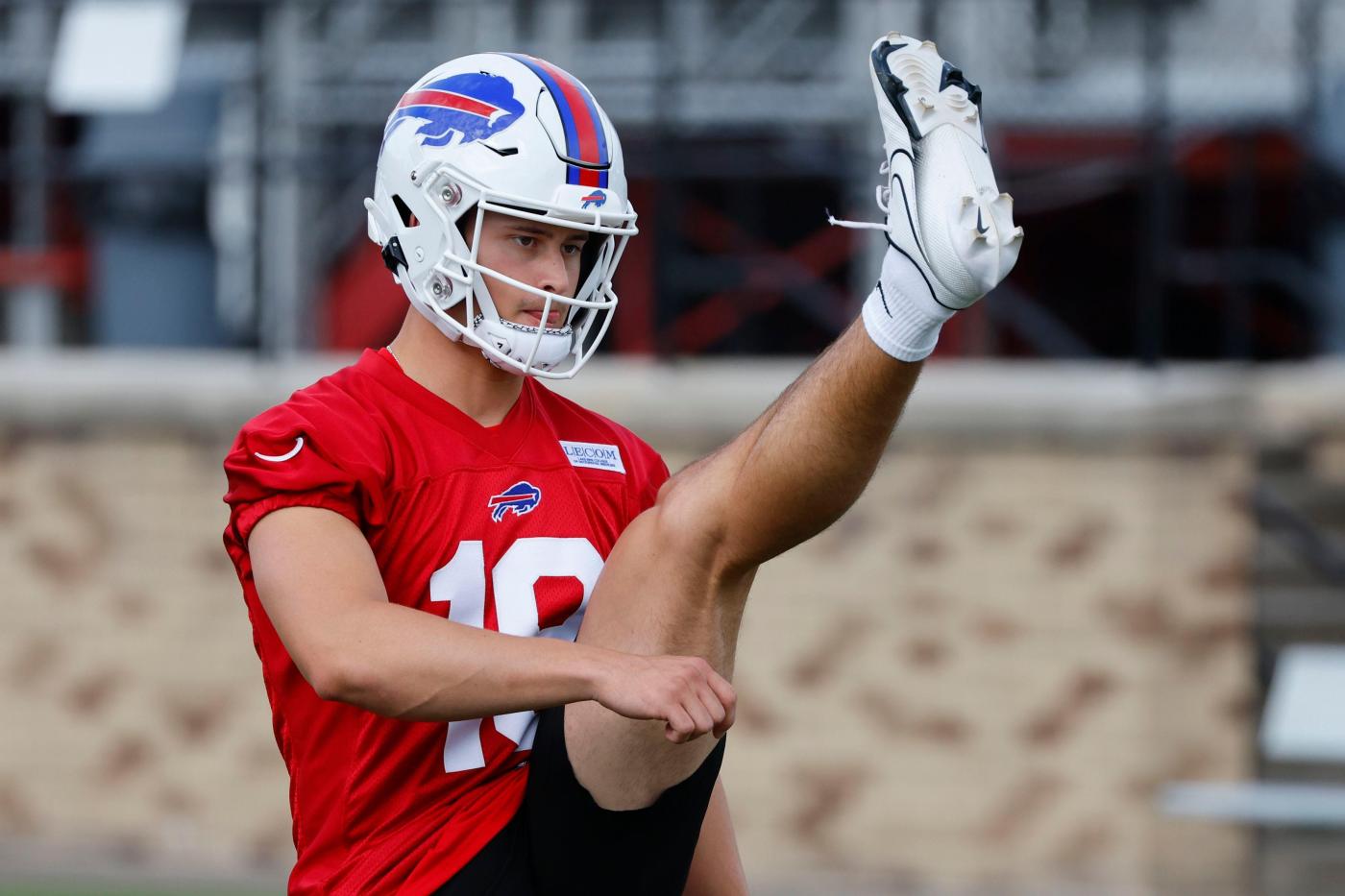 The Buffalo Bills cut rookie punter Matt Araiza on Saturday, two days after he was accused of raping a 17-year-old girl while at San Diego State.

Araiza, 22, was drafted in the sixth round after being nicknamed “Punt God” in college for his booming kicks. He had won the Bills punter job in the days before the allegations were made public.

The alleged victim, now 18, filed a lawsuit Thursday saying Araiza raped her outside his off-campus home in October 2021 in San Diego. In her lawsuit, the woman said Araiza then took her inside the house, where she was repeatedly raped for 90 minutes by two other men.

The other men accused, Zavier Leonard and Nowlin “Pa’a” Ewaliko, were both members of the San Diego State football team at different points.

The woman’s attorneys said they contacted the Bills and told them about the allegations after they selected Araiza in the 2022 NFL Draft in April. However, the Bills took no apparent action. In fact, they cut all the other punters on their roster.

Araiza, through his lawyer, denied the allegations.

“I 100% do not believe that he ever forcibly raped this girl or had sex with her while she was passed out or drunk or anything like that,” attorney Kerry Armstrong said.

The woman’s attorney explained that they attempted to contact the Bills’ legal counsel, Kathryn D’Angelo, in July but barely heard back.

“She seemed like she was concerned. She says she’ll get back to me, and then she never did,” attorney Dan Gilleon said. “I even followed up and said, ‘Hey, you guys haven’t talked to me and called me back like you said you would.′ And they just ignored that, too.”

The alleged victim went to police on the day after the assault. The cops investigated the case and passed it to the local district attorney, who has not yet decided whether to file charges.