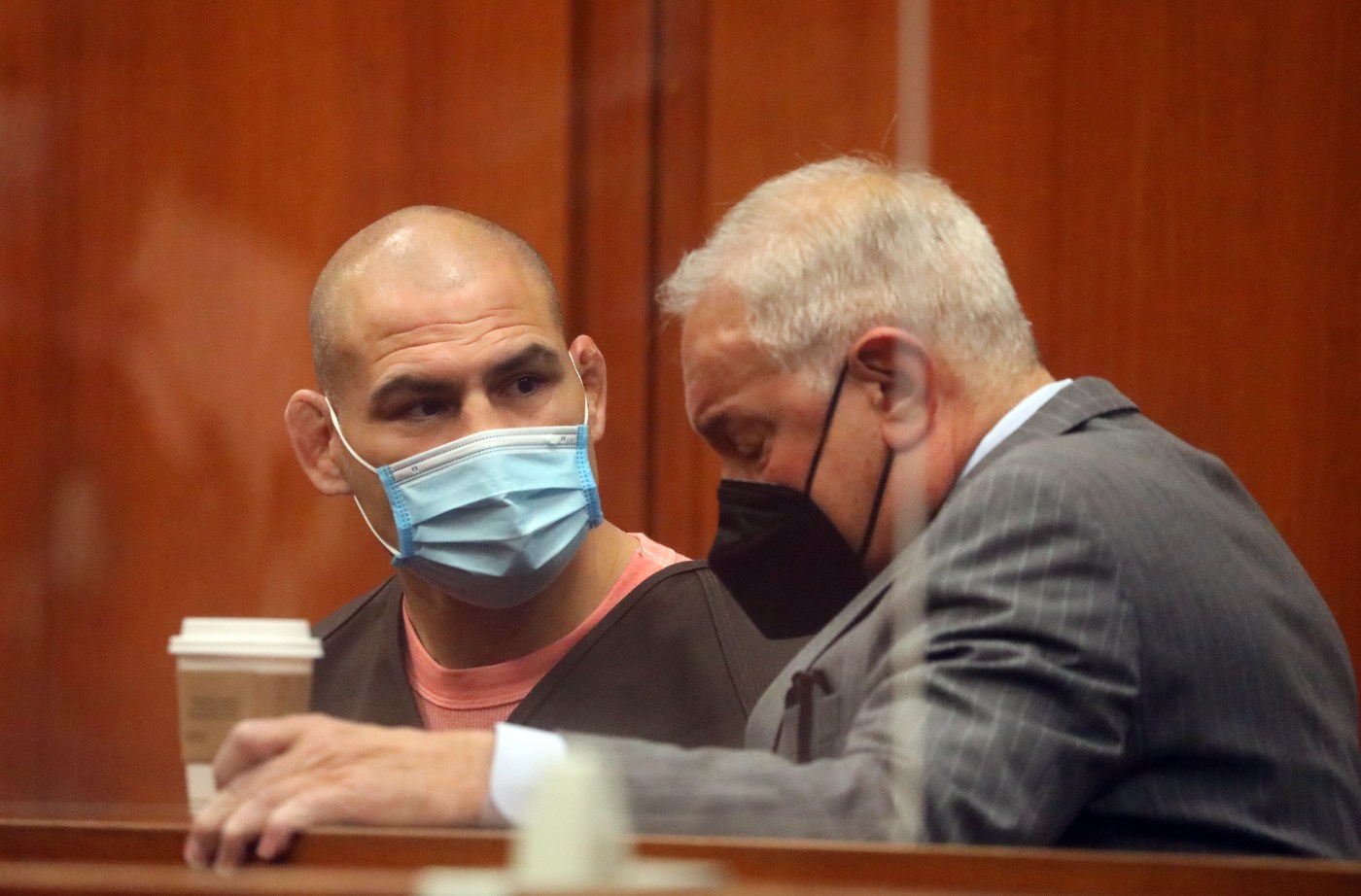 SAN JOSE — Former UFC fighter Cain Velasquez has asked an appellate court to overturn a Santa Clara County Superior Court judge’s decision to keep him in jail while awaiting trial for an attempted murder charge, arguing through his attorney that he has been unconstitutionally denied bail.

Velasquez’s attorney, Mark Geragos, filed a petition with the Sixth District Court of Appeal this week asking appellate judges to either order his client’s release outright or compel the lower court to hold a new hearing to set “reasonable” bail and release conditions.

Geragos argues in the filing that Judge Shelyna Brown “abused her discretion” in denying bail to Velasquez, first in March and then reaffirming that decision at motion hearings in May and earlier this month.

Brown has said in court that the allegations against Velasquez — that he chased and shot at a man charged with molesting his young son, and ended up wounding the man’s stepfather — convinced her that Velasquez poses a danger to the reported victims and the public if released.

Both in court and in media comments, Geragos has characterized the 40-year-old Velasquez’s actions as a response to a family trauma and worsened by a traumatic brain injury suffered from mixed-martial arts prizefighting. He also has challenged the level of threat that Velasquez poses, and presented a release plan that includes a $1 million bail amount, monitored home confinement, potential out-of-state treatment, protective orders for the reported victims, and anger management counseling.

In the petition, Geragos argues that Brown did not follow the guidance of the landmark 2018 state appellate ruling, commonly known as the Humphrey decision, that compelled trial court judges to more heavily consider affordability in deciding bail amounts and non-jail alternatives to securing court appearances, the latter of which is the technical aim of bail.

The petition also argues that Brown ignored her obligation to articulate why Geragos’ release proposal wouldn’t satisfy the court’s safety concerns for Paul Bender, Patricia Goularte and her son Harry Goularte Jr., the reported victims for charges of attempted murder, for the wounded Bender, and for the Goulartes, who were in the car when Velasquez allegedly shot at them.

“The magistrate judge’s denial of bail to Mr. Velasquez constitutes an unconstitutional deprivation of his fundamental right to pretrial liberty,” Geragos wrote.

This news organization contacted the Santa Clara County Superior Court for comment by or on behalf of Brown, but the court declined, citing the California Code of Judicial Ethics precluding commenting on pending proceedings or specific cases.

Harry Goularte Jr., 43, was charged in February with one felony count of a lewd and lascivious act with a child under the age of 14, specifically a 4-year-old. According to Santa Clara County sheriff’s investigators and prosecutors, the reported victim — who has since been widely identified as Velasquez’s son — told his parents in February about being molested by Goularte Jr. at a San Martin daycare run by his mother.

Goularte Jr. was arraigned Feb. 25, and a judge granted him supervised release. Three days later, authorities say Bender and Patricia Goularte drove from San Martin to Morgan Hill to pick up Goularte Jr. and take him to San Jose to get outfitted for an ankle monitor. Velasquez allegedly followed the parents in his pickup truck; once they met Goularte Jr., he drove up to their vehicle and fired a handgun at him, then followed them as they drove away.

The pursuit ended near Monterey Highway and Bailey Road on the southern edges of San Jose, where Velasquez reportedly fired several shots at the truck, wounding Bender. Velasquez was arrested a short distance away by San Jose police.

In the petition and elsewhere, Geragos has stated that in light of his family’s trauma, Velasquez “would not take any further action to jeopardize his freedom because he knows how much he is needed at home by his wife and young children … Mr. Velasquez will not do anything to be separated from them again.”

Velasquez has sued Bender and the Goulartes over the molestation allegations, which Geragos says has created a wrinkle that compromises the criminal case against Velasquez and warrants a new review of his release eligibility.  Geragos argued in the petition that Bender and the Goulartes, by virtue of invoking Fifth Amendment protections against self-incrimination in the civil case, will have to similarly refuse testifying in the criminal case against Velasquez, thereby weakening the substance behind his bail denial.

According to a transcript of the most recent bail motion hearing on July 11, Deputy District Attorney Aaron French said Geragos was “speculating about what might happen in this criminal case based off of answers in a civil case. This is not the civil case; this is the criminal case.”

“It doesn’t change the underlying facts of this case that the court found means the defendant isn’t a danger to the victim and to the public,” French said.

Brown agreed, and said she “does not find the civil motion relevant in any way to risk” before re-affirming her denial of bail to Velasquez.