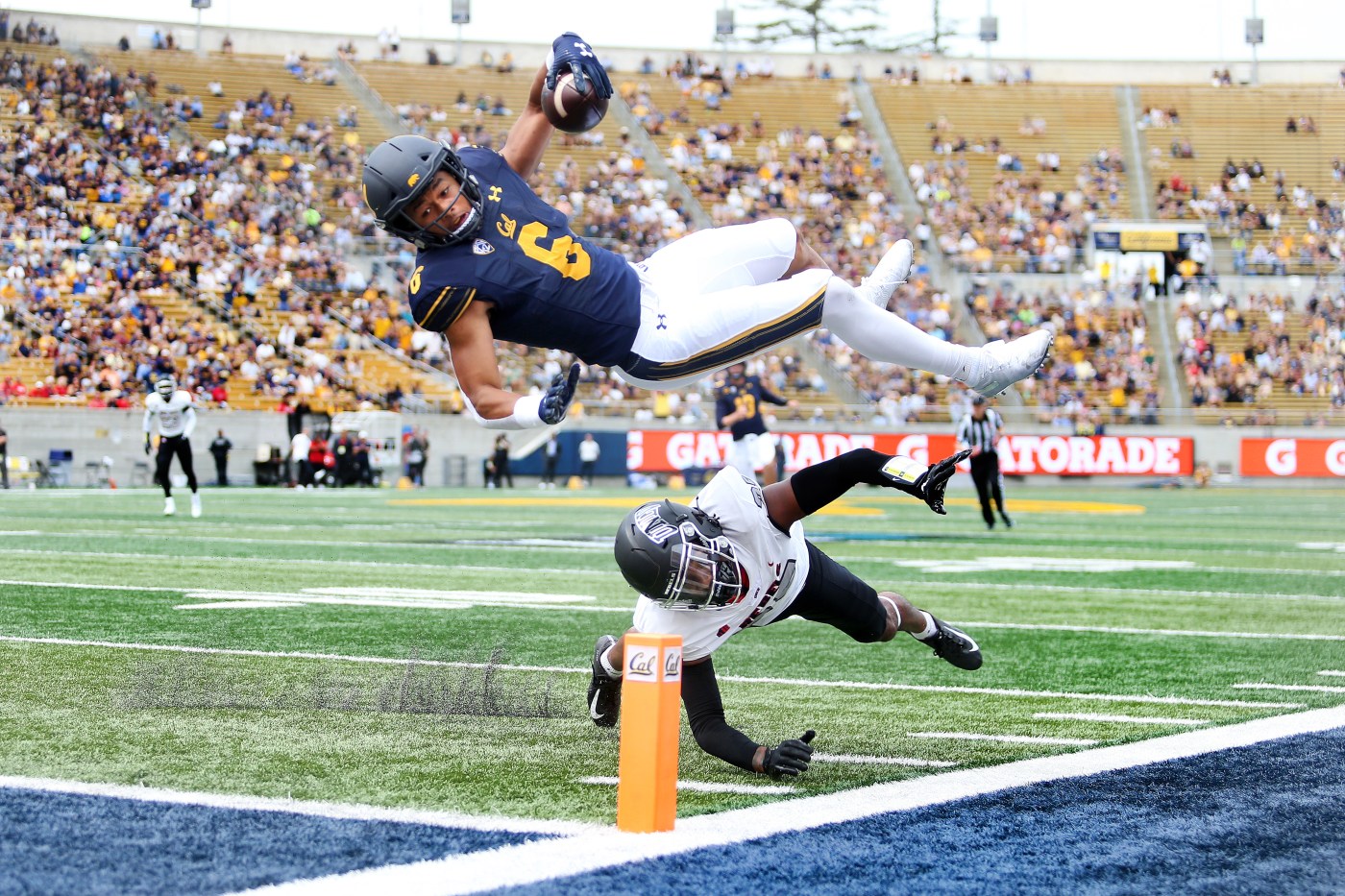 BERKELEY — Cal scored touchdowns on its first two possessions then struggled to finish drives before securing a 20-14 victory over UNLV in front of 38,180 at Memorial Stadium on Saturday afternoon.

The Bears will take a 2-0 record to South Bend, Ind., next week to face 0-2 Notre Dame, the first meeting between the two programs in 55 years. The Irish lost 26-21 to Marshall on Saturday.

Freshman Jaydn Ott scored on the Bears’ first two series — one on a pass reception, the other on a run — but Cal didn’t score another touchdown all day against the Rebels (1-1), who have won just three of 19 games in two-plus seasons under coach Marcus Arroyo.

Cal had three possessions that reached at least the UNLV 10-yard line that resulted in just two field goals and a turnover. With 8:06 left, Dario Longhetto missed left on a 43-yard field goal that could have pushed the lead to 23-14.

The Rebels drove to the Cal 8-yard line with less than 3 minutes left when safety Daniel Scott blitzed on both third and fourth downs, forcing quarterback Doug Brumfield into incompletions and giving the Bears possession with 2:46 left.

UNLV had one more chance with the ball but a sack by linebacker Henry Ikahihifo defused that last-minute chance.

The Rebels, down 17-7 at halftime, made things far more interesting in the third quarter.

Cal gave them the opportunity by failing to convert a touchdown for the third time on a possession that reached at least the UNLV 10-yard line. The Bears settled for a Longhetto 30-yard field goal and a 20-7 lead.

Vegas responded with a four-play, 75-yard drive highlighted by a 33-yard pass from Brumfield to Kyle Williams. Aidan Robbins ran the final 31 yards for the TD to make it 20-14 with 7:04 left in the third quarter.

The Rebels caught Cal off guard with an onside kick, recovered by kicker Daniel Gutierrez and momentum seemed to have shifted. But the Bears stopped UNLV on downs, retaining the lead.

Cal scored on its first two possessions to take a quick 14-0 lead.

The Bears went 55 yards in seven players with Ott dashing on from the 2-yard line with 11:08 left in the opening quarter.

Cal then assembled an 80-yard drive, again climaxed by Ott scoring on a 12-yard swing pass from Plummer. Through the Bears’ first two possessions, Plummer was 8 for 8 for 125 yards.

UNLV countered with its only first-half score, a 75-yard march capped by Doug Brumfield’s lateral forward pass to Kyle Williams, who raced into the end zone from the 11 on the first play of the second quarter.

Cal dominated the first half statistically, outgaining UNLV 268 yards to 109 and keeping possession for nearly 21 of 30 minutes. But the Bears managed just three more points in the half despite moving the ball seemingly at will.