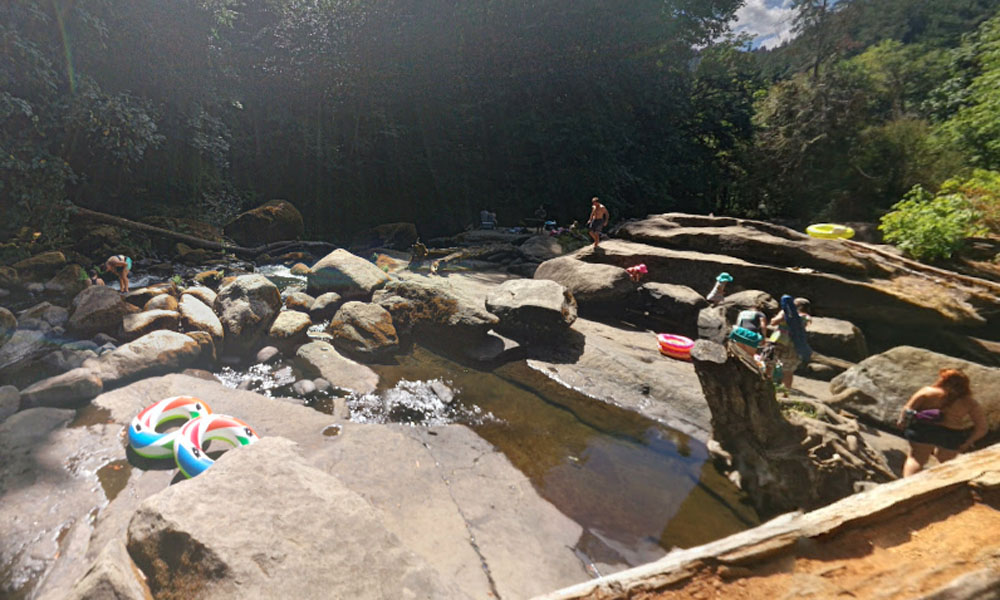 Spencer Webb, a Sacramento high school football standout who went on to star for the University of Oregon, died Wednesday in an accident at an Oregon swimming hole.

The accident happened around 2:30 p.m. at Lake Creek Falls, about 25 miles west of Eugene, the Lane County Sheriff’s Office reported.

Webb, 22, was among a group of people who were swimming in the creek and tubing on what is known locally as the Triangle Lake rock slide — a natural 100-foot chute that ends in a splash pool.  He reportedly fell and hit his head on the rocks, and his companions were unable to revive him.

Webb was to enter his junior year at the university this fall. A 6-foot-6 tight end, he played as a freshman and redshirt freshman in 2018 and 2019, then appeared in one game during the pandemic-shortened 2020 season. Last season, considered his sophomore year, he played in all 14 games, catching 13 passes for 87 yards and a touchdown.

At Christian Brothers High School in Sacramento, Webb was rated California’s No. 1 tight end by ESPN and 247Sports, his University of Oregon bio said.

A 2016 profile in the Sacramento Bee described how football was a stabilizing influence for Webb, who had bounced from home to home, being raised by various relatives before finally coming under the custody of his older brother, Cody.

“We took it on full steam. We had a game plan. We used football as a third-party discipline and rewards,” Cody Webb told the Bee.