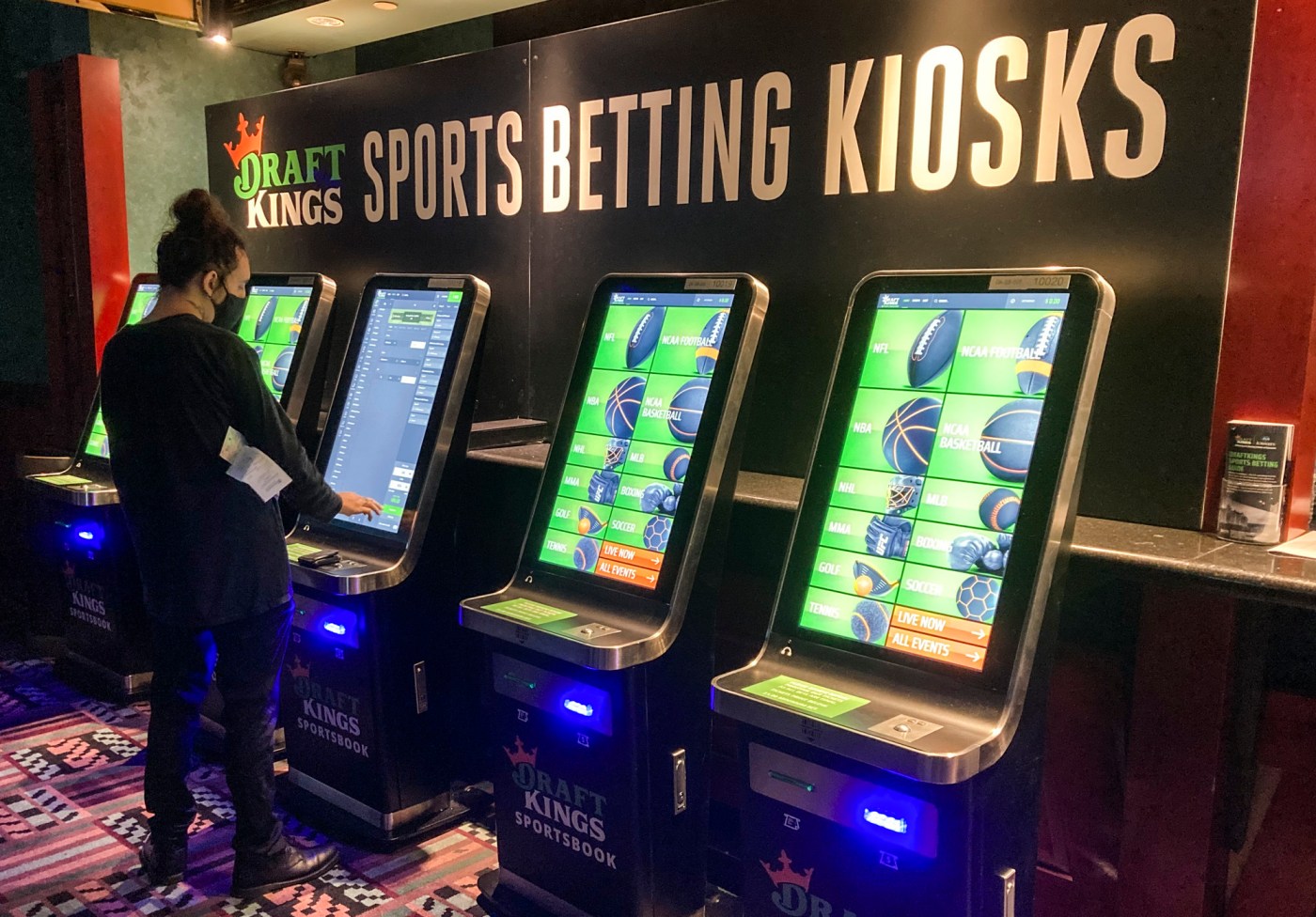 California ballot measure battles are notoriously expensive, and this year’s biggest fight is already obliterating records: Groups backed by online gambling companies and tribal casinos have raised nearly $360 million on a pair of measures that would legalize sports betting in the Golden State.

That’s an astonishing $133 million more than the state’s previously most pricey proposition — when Uber, Lyft and DoorDash forked over more than $200 million two years ago to beat back a state law that would treat their drivers as employees.

Since June 30, the groups facing off to control the potential bonanza of a California sports gambling empire raised an average $16.5 million per week, more than has been collected so far for three of the state’s seven ballot measures the entire campaign.

California voters are the target of all that money churning through the Yes and No on Prop 26 and 27 campaigns to pay for billboards popping up across the state and endless ads bombarding us during just about every commercial break for Wheel of Fortune. The dueling campaigns had spent at least $45 million on TV and cable production costs as of July 1, with lots more spending anticipated in the coming weeks.

“You aren’t going to be able to watch evening news, a football game or a YouTube video without seeing a message on these initiatives,” said Thad Kousser, professor of political science at UC San Diego, and co-director of the Yankelovich Center for Social Science Research.

Overall, more than $450 million has been amassed, just in this year, by the handful of committees formed to support and oppose the seven measures that will appear on Californians’ ballots when they are mailed out in October.

But it’s not just gambling interests that are raising eyebrows with their spending. Campaign finance reports linked to supporters of Prop 1, which would amend the state constitution to solidify Californians’ rights to abortion and contraception, show over $170,000 spent on Super Bowl-weekend related activities. That is nearly half the money the campaign has raised so far this year. The expenditures – months before the Supreme Court ruling overturning Roe v. Wade turned abortion into a pivotal national issue – show up on behalf of top Senate Democrat Toni Atkins’ ballot committee. It reported over $18,000 spent on Super Bowl-related concessions, another $14,850 on a concert at Crypto.com Arena and $88,429.50 on tickets to the game in L.A.

The vast majority of money raised across all ballot initiatives, more than $357 million, has been received by the committees supporting and opposing the two controversial gambling propositions.

Simply put, Proposition 27 would legalize online sports betting in the state. Proposition 26 would allow sports betting, but only in-person at tribal casinos and racetracks, expanding the types of betting at those establishments.

Republican and Democratic leaders in Sacramento have recently come out in opposition to Proposition 27, despite the hundreds of millions in projected state revenue.

Five companies, most of which specialize in online gambling, have each shelled out $25 million donations to support Prop 27, including DraftKings, Fanduel Sportsbook, BetMGM, Penn Interactive Ventures, and FBG Enterprises. Two additional companies, WSI US LLC and Bally’s Interactive LLC, each donated $12.5 million, bringing the total raised in support of Prop 27 to $150 million.

A coalition of tribes and casinos have donated over $100 million to one of the committees supporting Prop 26 and opposing Prop 27. The biggest funders include the Federated Indians of Graton Rancheria, who have donated $30 million, and the Pechanga Band of Indians, who have chipped in more than $25 million.

The millions spent on advertising do not always put gambling first. Many ads emphasize the programs which the propositions’ projected revenues would help fund. Advertisements for Prop 27 claim that it would provide “permanent solutions for homelessness, mental health, and addiction in California.”

Advertisements opposing Prop 27 but supporting Prop 26 focus on the rights of the tribes that run casinos in the state, and say that Prop 27 will not solve California’s long-enduring homeless crisis.

Groups supporting Prop 26 and opposing Prop 27 have collectively spent the most so far this cycle, with over $63 million in expenses reported, much of which is used for advertising and outreach campaigns. All that money includes nearly $1.2 million to Facebook, over $780,000 to Yahoo and over $675,000 to Google for advertising.

There is little mystery why both groups are spending so much money on these ballot measures. The stakes are enormous.

“It is worth it to spend a couple hundred million to gain, essentially, a monopoly over a multi-billion dollar industry,” Kousser said.

Campaign spokespeople on both sides publicly stress the societal benefits of gambling’s revenues, not the potential ruin it has on its regular customers.

“We create the permanent funding for homelessness and mental health by following the lead of 25 other states,” said Nathan Click, who represents the Yes on 27 campaign.

Roger Salazar, who represents one of the groups opposed to Prop 27, says that much of the money raised by the proposition would benefit out-of-state corporations, including online gaming giants.

Spokesperson Kathy Fairbanks, who represents the Yes on 26, No on 27 campaign, says that passage of Prop 26 would help generate much-needed revenue for the state of California and for native tribes.

With so much money flowing to the battle over sports gambling, other propositions could have difficulty getting voters’ attention. But they are spending millions to get in the game.

SEIU United Healthcare Workers West is back again after two failed efforts to impose new rules on kidney dialysis clinics. The two sides of the proposition have raised over $50 million — the second priciest proposition this year. Prop 31, which would lift the statewide ban on flavored tobacco products, has generated the third highest sum, with over $18 million raised by both sides.

For voters confused by all the competing messaging, Kousser has some advice: “initiatives are hard to figure out. The shortcut is knowing who the supporters are and who the opponents are.” Follow the money.

“The most important thing voters will learn is who is behind each of them – and that can be their best guide at the polls.”