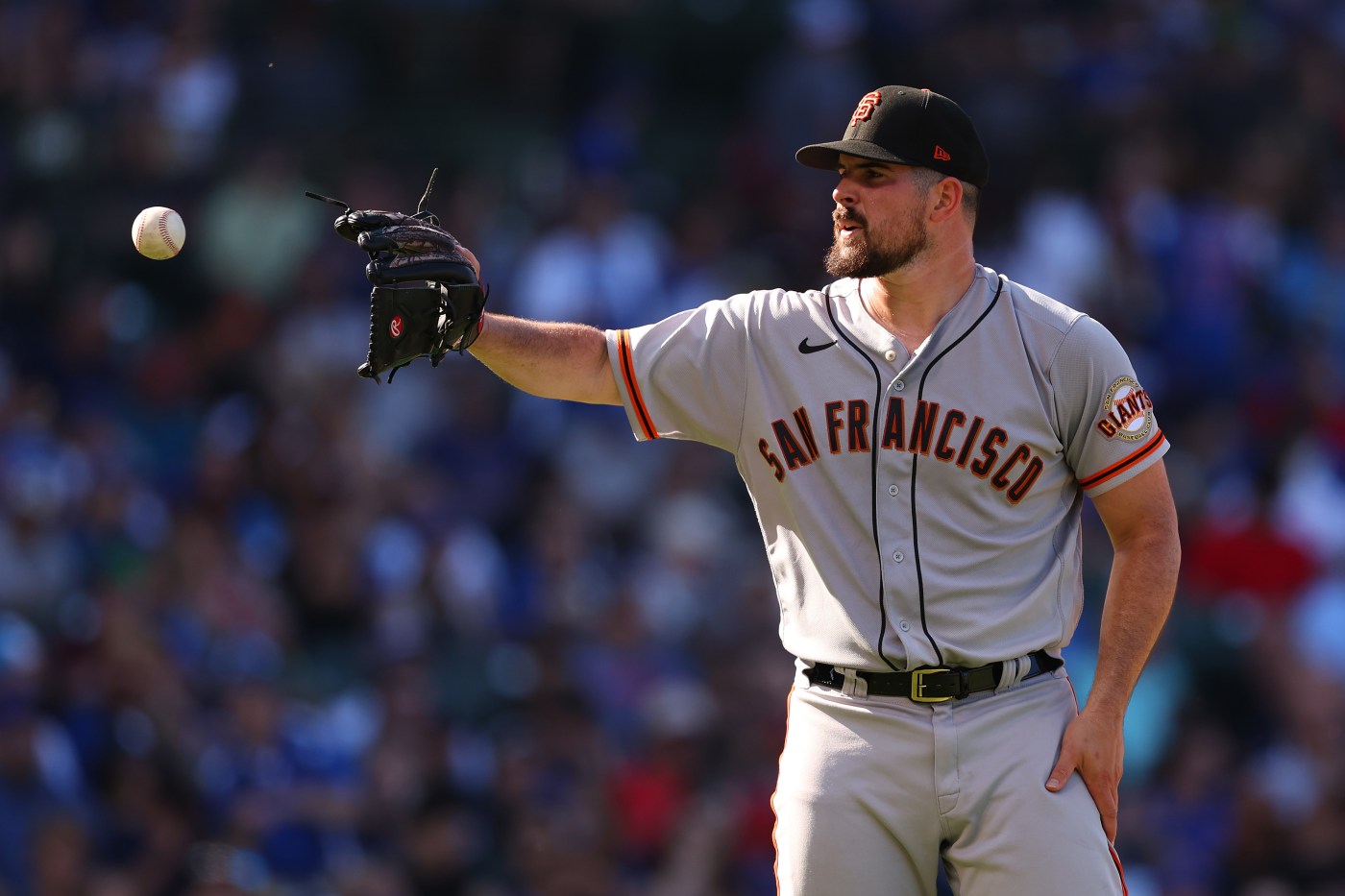 CHICAGO — It’s a shame Carlos Rodón quickly ran up his pitch count Friday afternoon at Wrigley Field, because who knows how many strikeouts he would have finished with if he were more economical.

Corbin Burnes showed what an efficient strikeout pitcher can do against an anemic offense just a day earlier while shutting down the Giants for eight innings. He had 10 through five innings and finished with 14.

Rodón, too, had fanned 10 Cubs batters through five innings. He fired a 95 mph heater past Zack McKinstry for the first out of the sixth and his 11th strikeout, but that marked the end of his day. Rodón had run a 3-2 count on McKinstry — one of 12 plate appearances against Rodón that lasted at least five pitches — and finished 5⅓ innings on 96 pitches.

Rodón’s latest mastery was wasted, yet again, by an offense that has stalled out and a bullpen that all year has leaked like a loose faucet, in a 4-2 loss to the Cubs, one of six National League teams with a worse record than the Giants (65-73).

Rodón generated 20 swings and misses, but Chicago batters also fouled off 22 pitches — 19 on the fastball that usually blows past opponents’ bats.

One mistake pitch amounted to all of the Cubs’ damage against Rodón, with Yan Gomes hammering a 3-2 slider into the left-field seats, aided by Wrigley’s notorious wind blowing out in that direction. It was a two-run shot because Nico Hoerner snuck a single under the glove of first baseman David Villar to lead off the inning.

It took three batters once Rodón was out of the game for the Cubs to put it out of reach for an offense that, now, has totaled five runs and nine hits in its past three games.

Yunior Marte struck out Seiya Suzuki after relieving Rodón, but then put Franmil Reyes on base with four balls and served up a home run to Hoerner, an Oakland native who attended Stanford.

It was nonetheless enough for Rodón etch his name in the Giants record books.

His 11 strikeouts gave him his 10th game this season with 10 or more, eclipsing Tim Lincecum’s 2008 Cy Young campaign and Jason Schmidt’s memorable 2004 season.

Rodón increased his total this season to 212, two shy of Burnes for the National League lead, in 162⅔ innings. He should get five more starts this season to see how high he can push his victim count.

About the Giants offense: Burnes offered a convenient excuse for its performance in the first game of Thursday’s double header. Maybe even the hangover from facing the Cy Young winner carried into the second game. But on Friday, facing Drew Smyly, San Francisco hitters were just as hopeless.

If not for David Villar’s double down the left field line, the Giants would have had no hits through seven innings.

If not for Evan Longoria’s eighth-inning ground-rule double in the same vicinity, they would have been shut out entirely.

Those were two of the Giants’ only three hits against Smyly and a smattering of relievers. Austin Dean delivered a third with two outs in the ninth, and Joey Bart flew out to deep center field as the potential tying run for the final out.

Longoria’s double drove home Dean and Joc Pederson, after the Giants loaded the bases on an error and a pair of walks, amounting to their only runs.