Celtics face a familiar task on the road; Game 5 vs. Warriors Monday night – The Mercury News 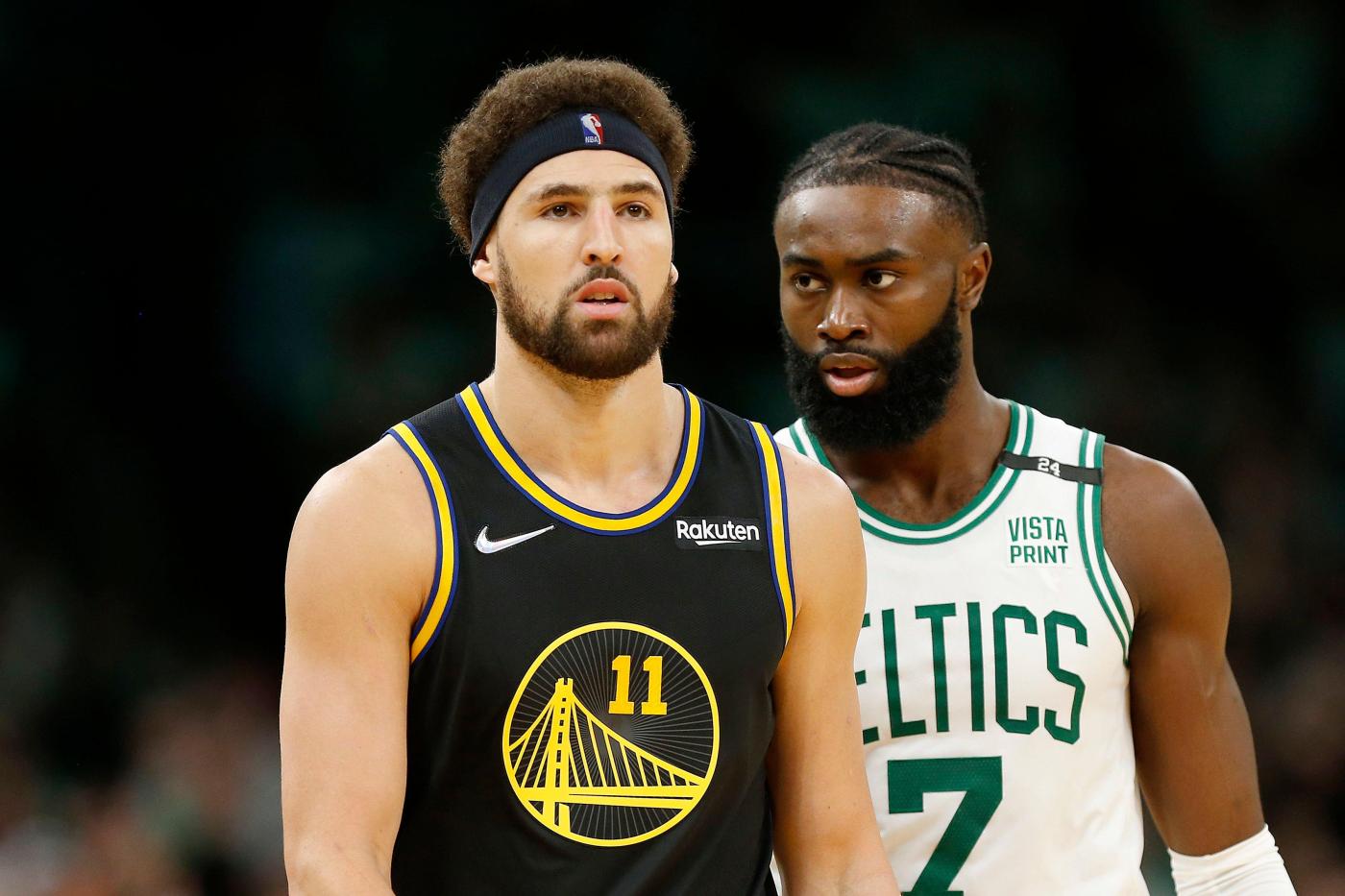 Argue all you want about what is the cause and effect, but with the Celtics, all season, it’s either been one step forward and another back, or the other way around.

Sometimes it’s hard to tell, but the fact remains that even if momentum was once again snatched away in their Game 4 loss to Golden State Friday night, they remain two wins away from an NBA-record 18th title.

But now, once again, they have to go on the road to save themselves in a Game 5 at the Chase Center on Monday night.

“Just be who we are. That’s all we can do,” said Marcus Smart. “Control what we can control. Tonight’s over. We got to turn around and get right back to it Monday. That’s how we’ve been all year. We take a loss and we bounce back. It’s who we are. It’s who we’re going to continue to be. It’s a very important game on Monday.”

But first the Celtics have to settle, once and for all, their turnover issue. Jayson Tatum had another rough night offensively, needing 23 shots to score 23 points, while also shooting 1-for-5 in the fourth quarter. He led the turnover charge with six of the Celtics’ 19 giveaways, which the Warriors parlayed into 19 points.

The Celtics are now 13-2 in the postseason when opponents score 18 points or less off their mistakes, and 1-6 when the other team scores 19 or more.

And Game 4 was one of those nights, in part because they reverted to their worst iso-heavy tendencies, especially in a 33.3% fourth quarter that found them shooting 2-for-9 in the last 7:31. Golden State, on the power of Steph Curry and a huge 3-pointer from Klay Thompson, closed out the game with a 21-6 run.

At times like this there’s a word the Celtics have in common with the U.S. economy – stagnation.

“Everybody just kind of standing around looking at whoever had the ball, no player movement, no ball movement,” said Derrick White. “We just got to do a better job executing down the stretch. I mean, that’s the difference in the game right there.”

As such, Smart attempted the most 3-pointers (nine) of any Celtic – as good a sign as any that the ball wasn’t moving – and thus fulfilled the Warriors’ greatest wish. Smart’s prolific shot-taking was encouraged by Golden State’s coverage.

Compare this to Tatum’s inability to find a consistent groove in the Finals. For all of the encouragement sent his way by teammates, the Celtics star has yet to uncork a great Finals performance.

“We all are,” Smart said of the ongoing dialogue. “We just constantly let him know, keep going. This isn’t your first time being in a slump. Won’t be the last time. You got to figure it out. We trust you, we believe in you.

“This is what you’re made for,” said the point guard. “Jayson has to figure it out. We have to do a good job of helping him. But, you know, him being the player he is, these are the moments where he has to come alive and figure it out. He will. We don’t know when it is, but we’re sure it’s going to happen soon, we’re ready for it, and we’re here to back him up.”