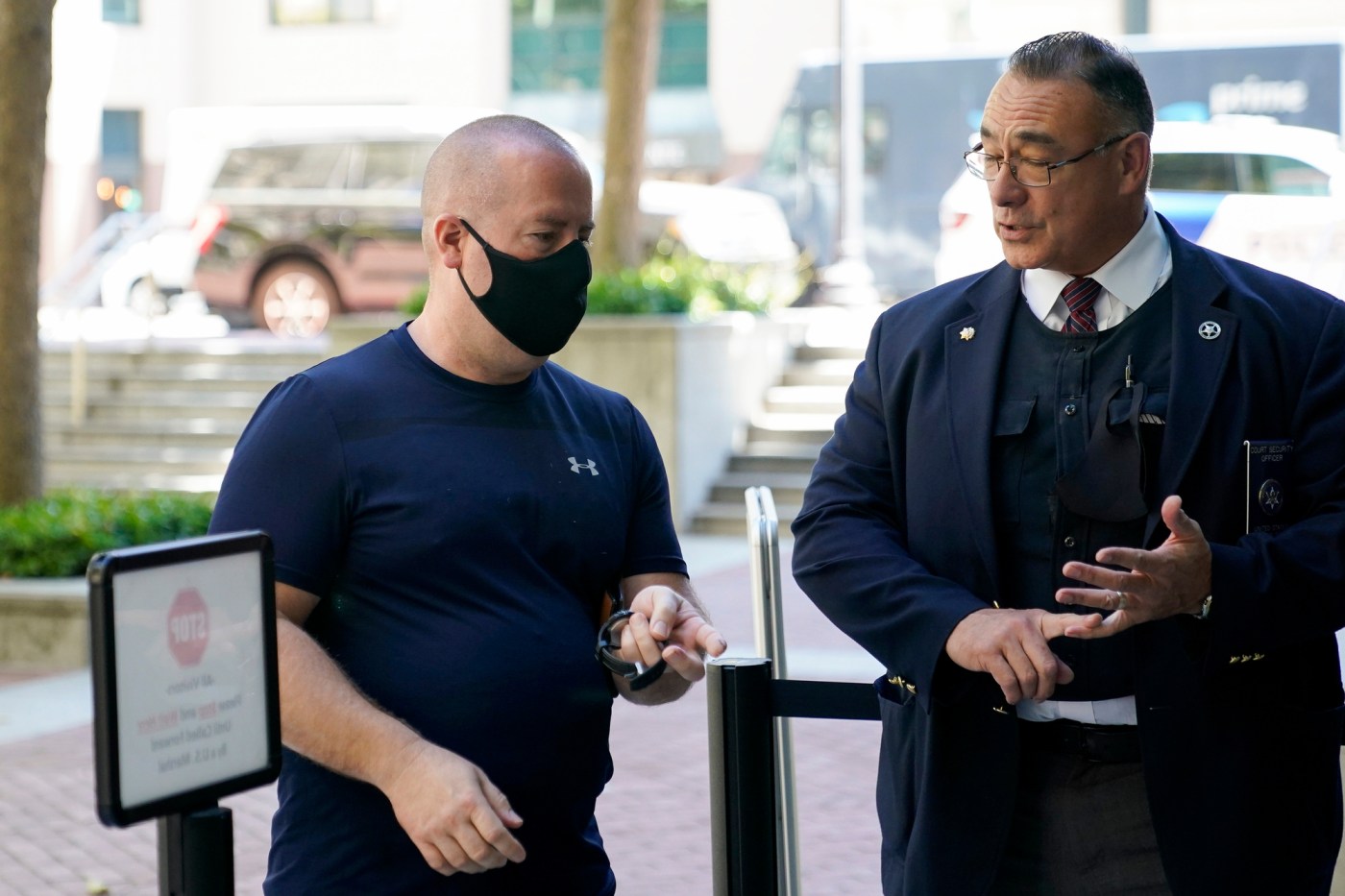 Behind a closed chapel office door inside a federal women’s prison in California, a chaplain forced inmates seeking his spiritual guidance to have sex with him, exploiting their faith and their powerlessness behind bars for his own gratification, prosecutors said.

“It’s hard to come up with the right words to describe how egregious an abuse of these victims this was,” Gilliam said.

Highhouse is among five workers charged in the last 14 months with sexually abusing inmates at the Federal Correctional Institution in Dublin, California and the first to reach the sentencing phase of his case.

Highhouse spoke briefly in court, apologizing to the women he harmed. Highhouse must register as a sex offender upon his release, Gilliam said.

Highhouse, who was arrested in January and pleaded guilty in February, would tell women he abused at the Bay Area lockup, that everyone in the Bible had sex and that God wanted them to be together, prosecutors said.

While Highhouse, 49, was charged only with abusing one inmate and lying to authorities, prosecutors say he engaged in predatory conduct with at least six women from 2014 to 2019 — including one he counseled at a veterans hospital where he worked before joining the federal Bureau of Prisons, where allegations were routinely ignored.

“Highhouse ruined my life — he truly did,” one inmate said in a victim impact statement. “I don’t even go to Church anymore because of him. I have no trust in the Church and really, I don’t trust anyone because of what he did.”

Highhouse, enabled by a toxic culture of abuse and coverups at the prison, warned victims not to report him, telling one of them “no one will believe you because you’re an inmate, and I’m a chaplain,” prosecutors wrote in a sentencing memorandum.

At the same time, prosecutors wrote, a prison counselor would rail about inmates “snitching” on employees, suggesting they instead “tell Trump about it,” referring to then-President Donald Trump.

Prosecutors had sought a 10-year prison sentence. His lawyers asked for two years, the low end of the federal guidelines, which called for a sentence of 24 to 30 months. Gilliam’s seven-year sentence matched the recommendation of probation officers who conducted Highhouse’s pre-sentence investigation.

In their sentencing memorandum, Highhouse’s lawyers noted that he served as an Army chaplain in Iraq and Afghanistan, is seeking treatment for post-traumatic stress disorder and cares for his elderly mother after his father’s death this year. He has no prior criminal history, they wrote.

All sexual activity between a prison worker and an inmate is illegal. Correctional employees enjoy substantial power over inmates, controlling every aspect of their lives from mealtime to lights out, and there is no scenario in which an inmate can give consent.

Earlier this year, an Associated Press investigation revealed years of sexual misconduct at FCI Dublin, including allegations against the prison’s former warden. The AP also detailed steps that were taken to keep abuse secret, such as ignoring allegations, retaliating against whistleblowers and sending prisoners to solitary confinement or other prisons for reporting abuse.

After the AP’s reporting, a task force of senior federal prison officials descended on Dublin, meeting with staff and inmates and pledging to fix problems and change the culture. On Wednesday, Bureau of Prisons Director Colette Peters visited Dublin for an update.

The four other charged Dublin employees are at various stages of their cases.

The former warden, Ray J. Garcia, was arraigned Wednesday on a superseding indictment charging him with abusing two additional inmates, for a total of seven counts involving three victims. He pleaded not guilty and is scheduled to go on trial in November.

Enrique Chavez, a food service foreman, is expected to plead guilty on Sept. 14. Ross Klinger, a recycling technician, pleaded guilty in February but has yet to be sentenced. John Russell Bellhouse, a prison safety administrator, is scheduled to stand trial next June.

Highhouse pleaded guilty on Feb. 23 to two counts of sexual abuse of a ward, two counts of abusive sexual contact and one count of making false statements to federal agents.

All of the charges stem from allegations Highhouse repeatedly abused a female prisoner over a nine-month span in 2018 and 2019.

That woman said in a victim impact statement that she cried herself to sleep after testifying before a grand jury about Highhouse’s abuse.

“I felt so lost, hopeless, worthless, and betrayal and truly do not know what to do or who to talk to about my problems,” the woman wrote.

The AP does not typically identify people who say they are victims of sexual assault unless they grant permission.

Other allegations against Highhouse, previously kept quiet by Dublin officials, came to light during the investigation, prosecutors said.

Two inmates said Highhouse claimed to them that he was a sex therapist, asked graphic questions about their sex lives and offered to let them have sex in his office, prosecutors said. One of them said Highhouse leered at her when she got out of the shower and had a reputation as a “predator.”

Another inmate told investigators that she avoided Highhouse after he made suggestive remarks during a counseling session, such as suggesting that the commissary sell sex toys.

In May, an inmate now incarcerated at another federal prison facility reported that Highhouse raped her multiple times in his chapel office after she sought him out for counseling, prosecutors said.

“He took my ability to sleep at night and he took my ability to trust in the Church,” the inmate wrote in a victim impact statement. “I would never go back to Church. I’m constantly on alert. He played on my vulnerability and took advantage of me — I have nightmares.”

The inmate said that she attempted to report the abuse but that when she did, a prison officer shrugged and reminded her that she would soon be transferring out of Dublin.

“To me the BOP is an epic fail in terms of the way they handle PREA,” the inmate wrote, referring to the federal Prison Rape Elimination Act. “The system is flawed and broken.”