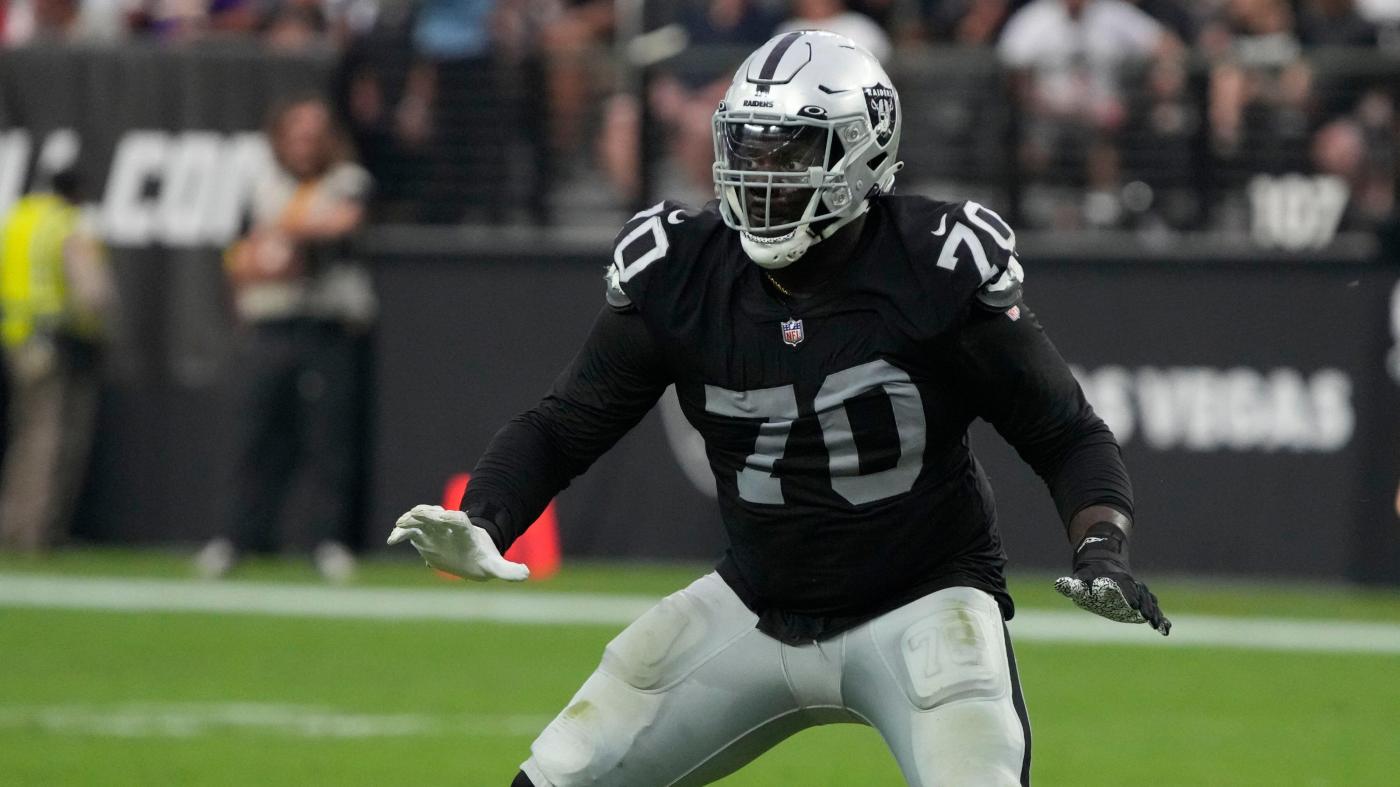 When the Chicago Bears let go 23 players Tuesday to reach an original 53-man squad, Matt Eberflus said roster churning is something that would continue all season.

The Bears mixed it up in a big way Wednesday by claiming a league-high six players off waivers, including guard Alex Leatherwood, who was drafted in the first round (17th overall) by the Las Vegas Raiders just last year. The Jacksonville Jaguars were next, claiming five players.

The Bears, who are seventh in the waiver claiming process based on the 2022 draft order, will have to make corresponding roster moves to create room for the newcomers while also working to fill out a 16-player practice squad.

It’s not surprising Poles and his staff were busy. Poles was on the staff in Kansas City in 2013 when first-year general manager John Dorsey executed seven waiver claims at the beginning of coach Andy Reid’s run with the Chiefs.

Among the claims were safety Ron Parker, cornerback Marcus Cooper and defensive end Jaye Howard. All wound up signing lucrative multiyear deals, and Cooper and Howard eventually played for the Bears. Dezman Moses and James Michael-Johnson and tight end Sean McGrath all played significantly for the Chiefs.

If the Bears get half that production out of their claims it will be a success. One of Eberflus’ favorite players in Indianapolis came on a waiver claim. The Colts made six claims in 2017, the first year for general manager Chris Ballard, who was also on Dorsey’s staff in Kansas City in 2013. Among those plucked off waivers was nickel cornerback Kenny Moore, who was cut by the New England Patriots.

Leatherwood is interesting from the standpoint that he had great talent coming out of Alabama last year. The selection of an interior lineman that high in the draft by former Raiders general manager Mike Mayock was criticized, and after an up and down first season Leatherwood struggled under a new regime.

Leatherwood was made available via trade but no one had interest. By claiming Leatherwood, the Bears are now on the hook for $5.9 million in guaranteed money. Had he cleared waivers, Las Vegas would have had to pay money. Poles wants to see if a change in scenery brings out a higher level of performance for the former Alabama player.

Watts had five sacks as an interior lineman for the Vikings last season and played in sub packages. He is due $2.54 million.

Wesco was a 2019 fourth-round pick out of West Virginia. He appeared in 40 games over the previous three seasons for the Jets, primarily as a blocker and on special teams. He has six career receptions.