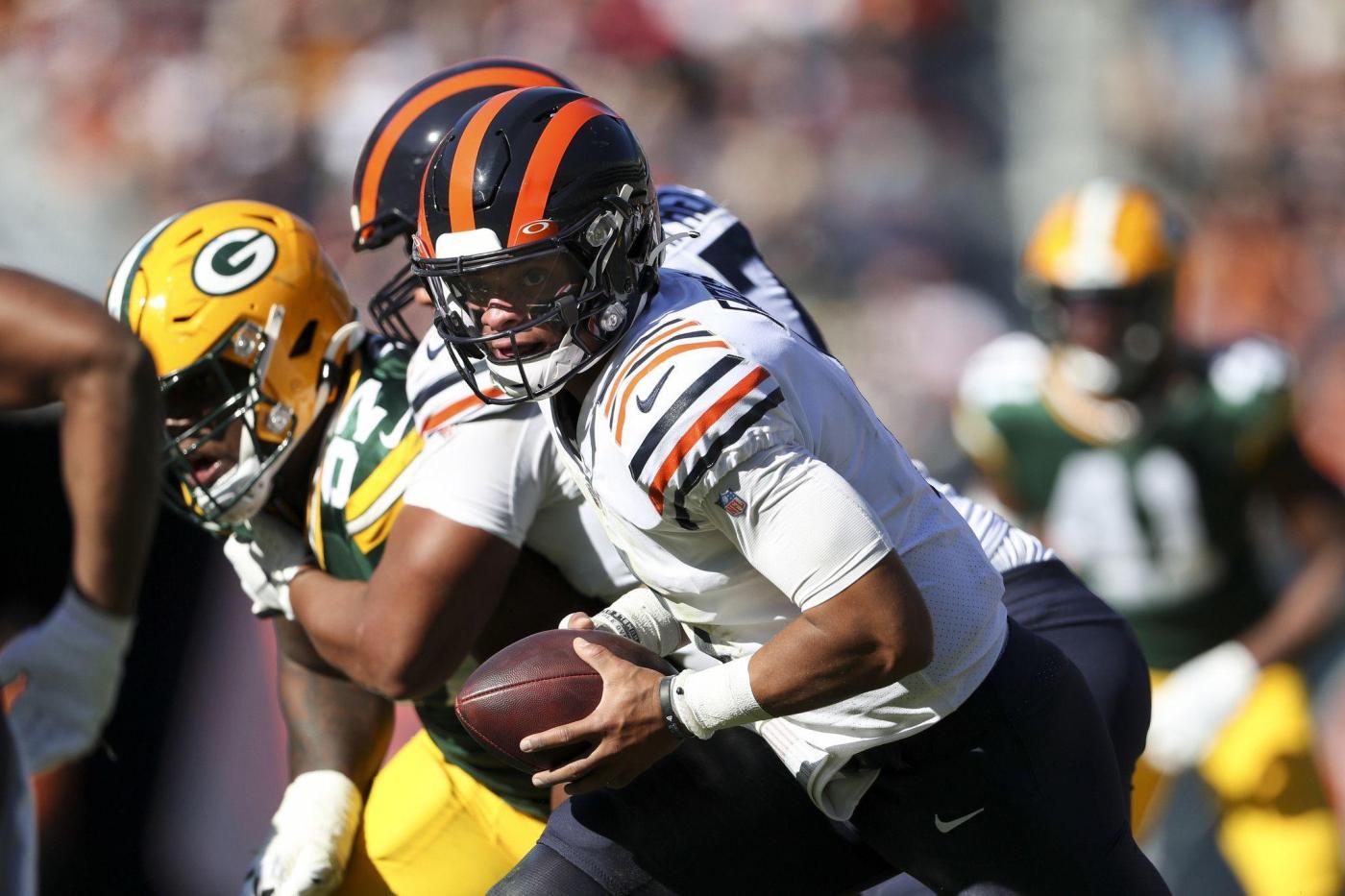 Here’s what to know — including the updated QB news.

Bears quarterback Trevor Siemian threw for 127 yards and a touchdown in the first half of his first start in place of injured quarterback Justin Fields.

But a depleted Bears defense couldn’t do enough to slow Jets fill-in quarterback Mike White, and the Jets took a 17-10 halftime lead.

Bears safety Eddie Jackson suffered a left foot injury in the second quarter and limped off the field and into the injury tent. The Bears quickly ruled him out. The Bears already were playing without starting cornerback Kyler Gordon and safety Jaquan Brisker, who are in concussion protocol.

White, filling in for benched starter Zach Wilson, led the Jets on a 75-yard touchdown drive on the opening possession. He completed 6 of 7 passes for 69 yards on the drive, including an 8-yard touchdown pass to Garrett Wilson.

In the half, White completed 16 of 20 passes for 235 yards and two touchdowns.

The Jets attempted a 36-yard field goal midway through the second quarter, but holder Braden Mann lost control of the football. He recovered the fumble and attempted to throw a pass, but it was incomplete.

But the Jets scored on White’s 54-yard touchdown pass to Wilson on the next drive for a 14-10 lead. Kicker Greg Zuerlein made a 57-yard field goal in the final minute of the half to make it 17-10.

The Bears settled for a 22-yard Cairo Santos field goal on their opening drive.

Siemian led the Bears on a 71-yard touchdown drive on their next possession. That included passes of 20 and 31 yards to Chase Claypool, the latter pushing the Bears to the Jets’ 9-yard line. Siemian capped the drive with a 4-yard touchdown pass to Byron Pringle for a 10-7 lead.

Bears right tackle Riley Reiff suffered a shoulder injury, and safety Dane Cruikshank suffered a hamstring injury in the half.

After an hour of pregame confusion, Trevor Siemian started at quarterback for the Bears on Sunday.

Bears media relations staff said about 45 minutes before game time that Siemian injured his oblique during pregame warmups and third-string quarterback Nathan Peterman would start instead.

But about 10 minutes before the game, a Bears staffer said Siemian might start after all. The Bears opened the game on defense and gave up a touchdown. After the ensuing kickoff, Siemian entered the game and led the Bears on a 71-yard drive that ended with Cairo Santos’ 22-yard field goal.

But Siemian returned during team warmups and took reps with the first team, setting up his return.

Bears coach Matt Eberflus has been evasive with injury updates this season for what he said are competitive reasons.