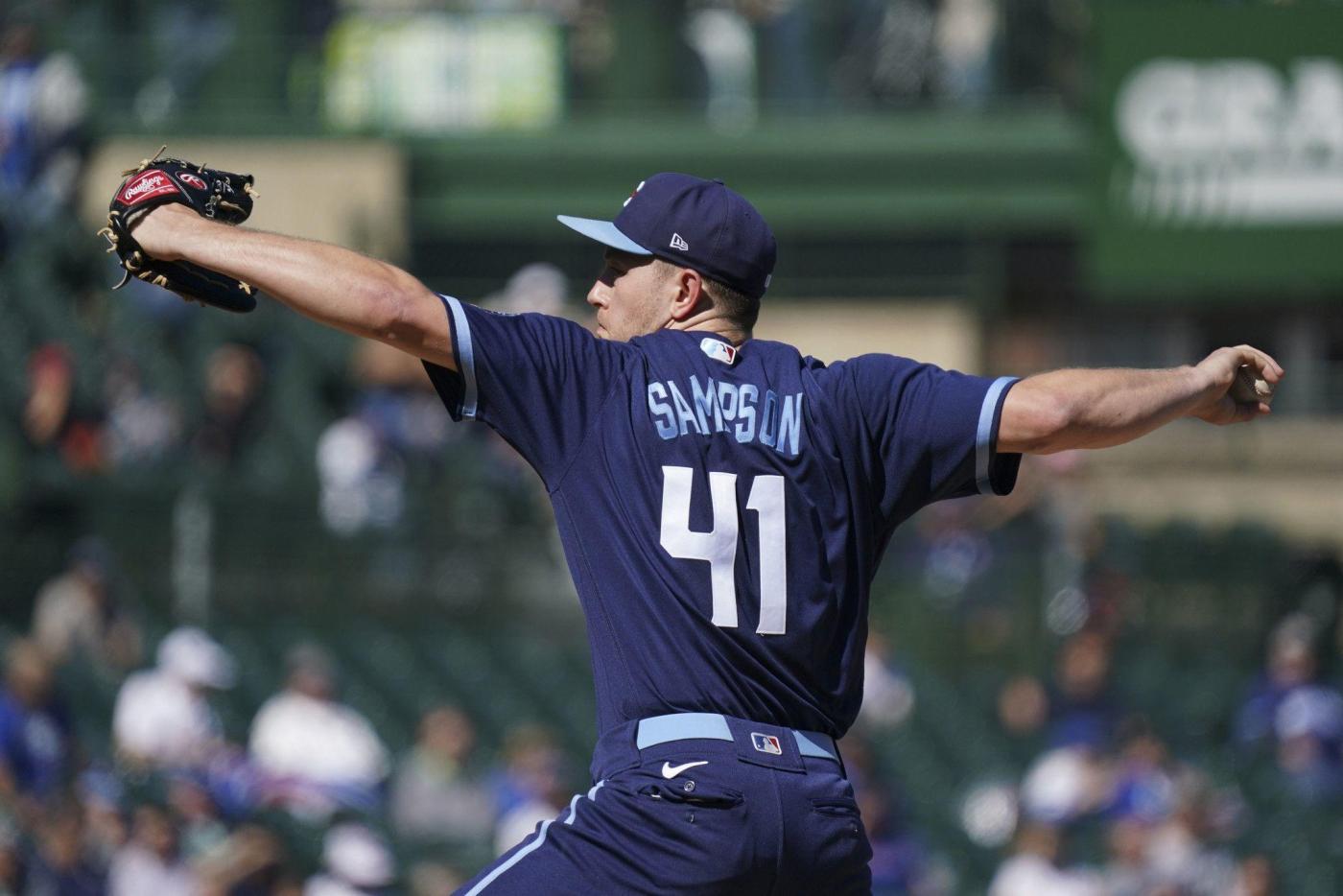 A Chicago Cubs employee bent down near third base an hour before the team’s 6-1 win over the Cincinnati Reds on Friday and carefully scooped a handful of dirt into a glass vial.

After the season, the vial of Wrigley Field dirt will be mailed to a season ticket holder as a reward for their loyalty to the organization.

The Cubs also said acknowledged their fans with a specially cut design in the outfield grass that read “THANK YOU” under a team logo, surrounded by the words “Chicago Cubs Season Ticket Holders.”

You might be wondering why the Cubs are focusing on season ticket holders instead of thanking fans in general for patiently sticking by the team through a second straight losing season. If so, you haven’t been paying much attention to the dwindling crowds of 15,000 or less showing up in September, even as the team mounts a late-season streak that would’ve had Cubs fans jumping for joy in April or May.

Instead of the usual delirium associated with the Cubs enjoying some on-field success, the current strain of Cubs Fever has been tempered by the fact it’s too way little and way too late.

Nevertheless, the win over the Reds was the Cubs’ fifth straight and 13th in 17 games. They have the majors’ third-best pitching since the All-Star break and ended September with a 15-11 record.

“I see us competing,” winning pitcher Adrian Sampson said. “You’ve seen us how we’ve played this last month or so. Pitching and defense, they’re going to win you games and then just keep the guys in the lineup and we’re going to score some runs. Anything can happen.

No one does, but we know the biggest question:

What will the Cubs do this winter to make sure they’re not out of contention by May?

These small victories at the end of a lost season won’t matter much unless the Cubs prove they’re willing to go big this offseason. Unfortunately for season ticket holders, the down payments probably will be due before the team makes any significant signings, so it will take a leap of faith to throw down money and hope it’s well spent.

They’ve averaged more than 32,400 fans this season, but those are tickets sold, not fans in attendance. After being forced to either eat dozens of tickets in 2021 or sell them at greatly reduced prices on StubHub or elsewhere, will the season ticket holders come back in droves?

The one thing the Cubs have to sell is young pitching, which could give them a base to build around. Rookie Hayden Wesneski, who was called up Sept. 7, has seen enough to become a believer.

“We need one or two pieces,” Wesneski said. “We definitely can contend. I don’t see why we can’t. We have everything you would need to win.”

Well, maybe not everything, but you have to like his optimism.

“I‘m not saying we have to go grab people,” he said. “But I’m saying we’re missing a few guys as well. I don’t see why we can’t win next year.”

Wesneski, Keegan Thompson and Justin Steele are young pitchers who have made the most of their opportunities, giving fans hope the worst is behind them. Cubs starters came into Friday with a 3.04 ERA since the break, third behind the Los Angeles Dodgers (2.71) and Houston Astros (2.74), who could meet in the World Series.

The Cubs are 36-29 since the break, better than the 31-33 second-half record the crosstown White Sox carried into Friday’s game in San Diego.

Sampson, who improved to 4-5 with seven strong innings, has allowed two or fewer runs in seven straight starts since Aug. 28. With Marcus Stroman, Kyle Hendricks, Steele and Wesneski near certainties to be in the 2023 rotation, Sampson has to hope the Cubs don’t spend on a top free-agent starter.

Manager David Ross said Sampson “has definitely put himself in a position to be able to help us next year.”

Sampson, who turns 31 in October, said he’s OK with long relief, spot starts or whatever the Cubs have in mind for him.

“I think that’s important for a winning team, and we’re very close to that,” he said.

The Cubs on Friday pounded out four doubles in the second and third innings off Reds starter Graham Ashcraft, taking a 6-1 lead and cruising the rest of the afternoon. They’ll send Drew Smiley to the mound Saturday in his final start.

The Cubs have two more home games left, hoping to show fans this late-season run is not a mirage. Playing a team that looks as dead as the Reds certainly helps.

Season ticket holders can rest assured that the Cubs will stress their young pitching and second-half progress as reasons for them to renew.

If that doesn’t work, there’s always a free vial of dirt from the 2022 season to entice them back for more.