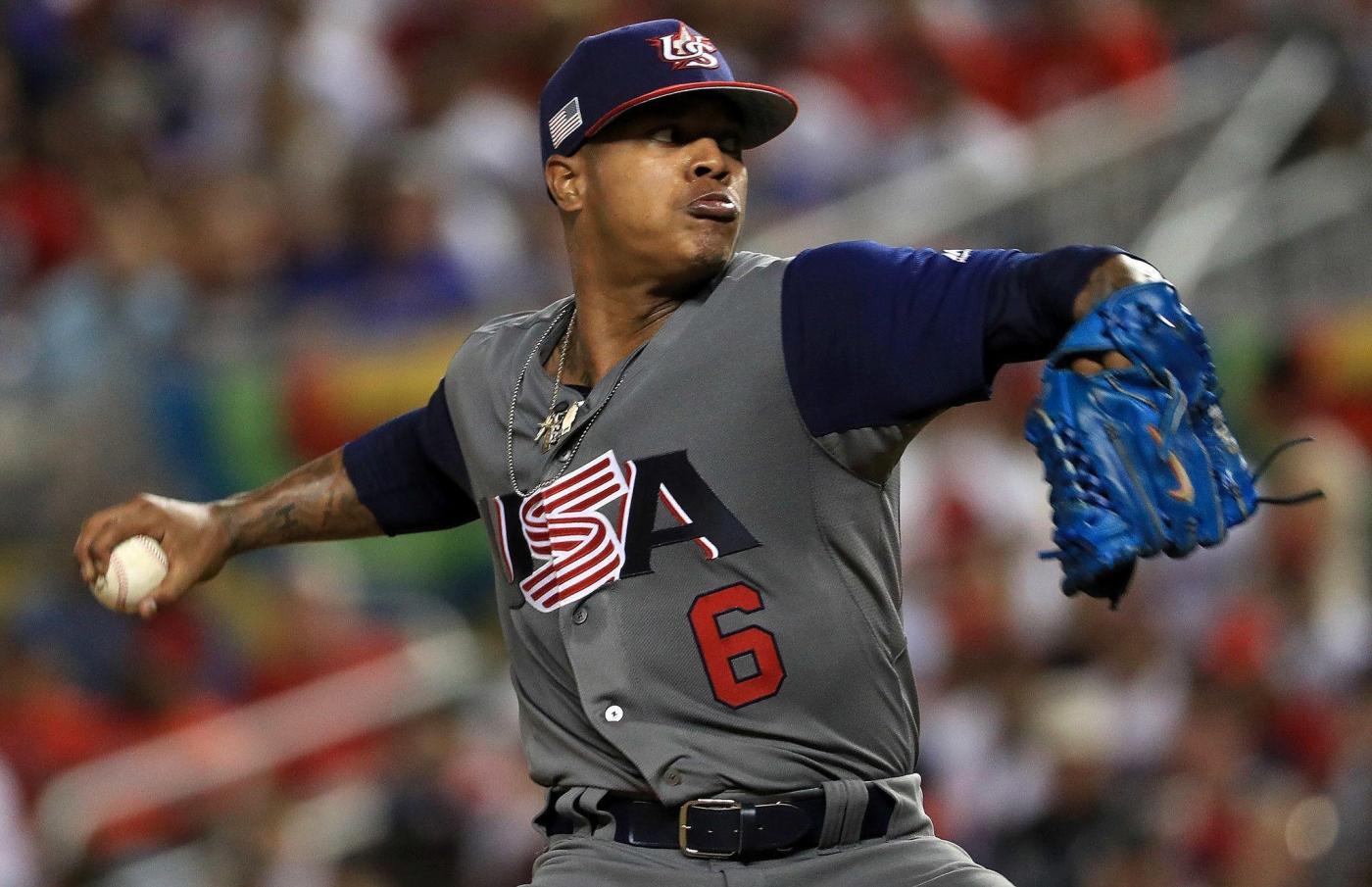 Marcus Stroman wanted to follow his intuition when choosing which country he would represent in the 2023 World Baseball Classic.

Stroman played for Team USA in 2017, and the Americans won the WBC, defeating Puerto Rico in the championship game. Stroman, named the tournament’s most valuable player, started the final and earned the win and gold medal by holding Puerto Rico hitless through six innings.

When the WBC returns in March, Stroman will be donning a different uniform. Stroman on Sunday announced on Twitter that he will be pitching for Team Puerto Rico. It never has won the WBC, finishing as runners-up in 2017 and 2006. Eduardo Perez, the team’s general manager, had been asking Stroman — who is half African American and half Puerto Rican — since the beginning of the season to represent Puerto Rico.

“My mom is my heart. She’s my blood,” Stroman told the Tribune on Wednesday before Game 2 of the Cubs-St. Louis Cardinals series was postponed because of rain. “So to have the opportunity to play for both is pretty special for me. My family’s excited. We’re all excited. It’s just another opportunity to continue to add to the resume.

“I’m someone who goes with my gut and my intuition, and it just feels right. It’s awesome that I’m able to play for both. I’m truly representative of both cultures.”

The rainout was rescheduled for 12:15 p.m. Thursday as Game 1 of a split doubleheader. The second game will begin at 6:45 p.m. Stroman is expected to start the first game, while the Game 2 starter is to be determined. Left-hander Justin Steele, originally slated to pitch Wednesday, was pushed back to Friday against the Miami Marlins at Wrigley Field.

Stroman’s mother, Adlin, initially was very hesitant when he talked to her about playing for Puerto Rico. Stroman said after he opted to represent the U.S. in 2017, his mom received a lot of hate and “disgusting” messages. Stroman said it stemmed in part from an old tweet in which he stated if he ever had a chance to play in the WBC, he would rep Puerto Rico.

“People don’t know how much goes into that,” Stroman said. “I played for Team USA in college. I got the call from Joe Torre when I wasn’t thinking about playing and then everything happened so fast.”

After further discussing the situation with his mom over the last few weeks, she became more open to it and is now thrilled Stroman will honor the Puerto Rican half of his family.

“I always feel like my flavor, my swagger has always leaned toward that Puerto Rican side on how they play on the field,” Stroman said. “I’ve always identified with the (Francisco) Lindor, (Javier) Báez, Carlos (Correa), I love those guys. I’ve loved playing with them. I love how they play the game. I love how passionate they are. It felt right.

“I’ve never had a hard feelings. I’m not someone who lives in the past even though I know a lot of people do. So I go into it with an open heart and open mind and I’m really excited. I don’t hold grudges ever. I’m excited to play and compete for Team Puerto Rico.”

The international tournament, which was first held in 2006, brings baseball to a world stage and showcases the game’s stars. The atmosphere and packed stadiums of fans supporting their countries bring a different element, one that Stroman can’t wait to experience again.

Stroman recalled walking onto the field at sold-out LoanDepot Park in Miami against the Dominican Republic and becoming overwhelmed by horns and instruments. He had to cover his ears as he walked to the bullpen to warm up.

Stroman got chills recounting the experience.

“I love that, that electricity, those are those moments you always remember and you want to play in,” he said. “Those (WBC) games I pitched in, I was more nervous pitching in those games than I might have been pitching in the playoffs, which is hard to say, but it’s truly a playoff atmosphere in March. I couldn’t believe how incredible the atmosphere. I wish all MLB games were that.”