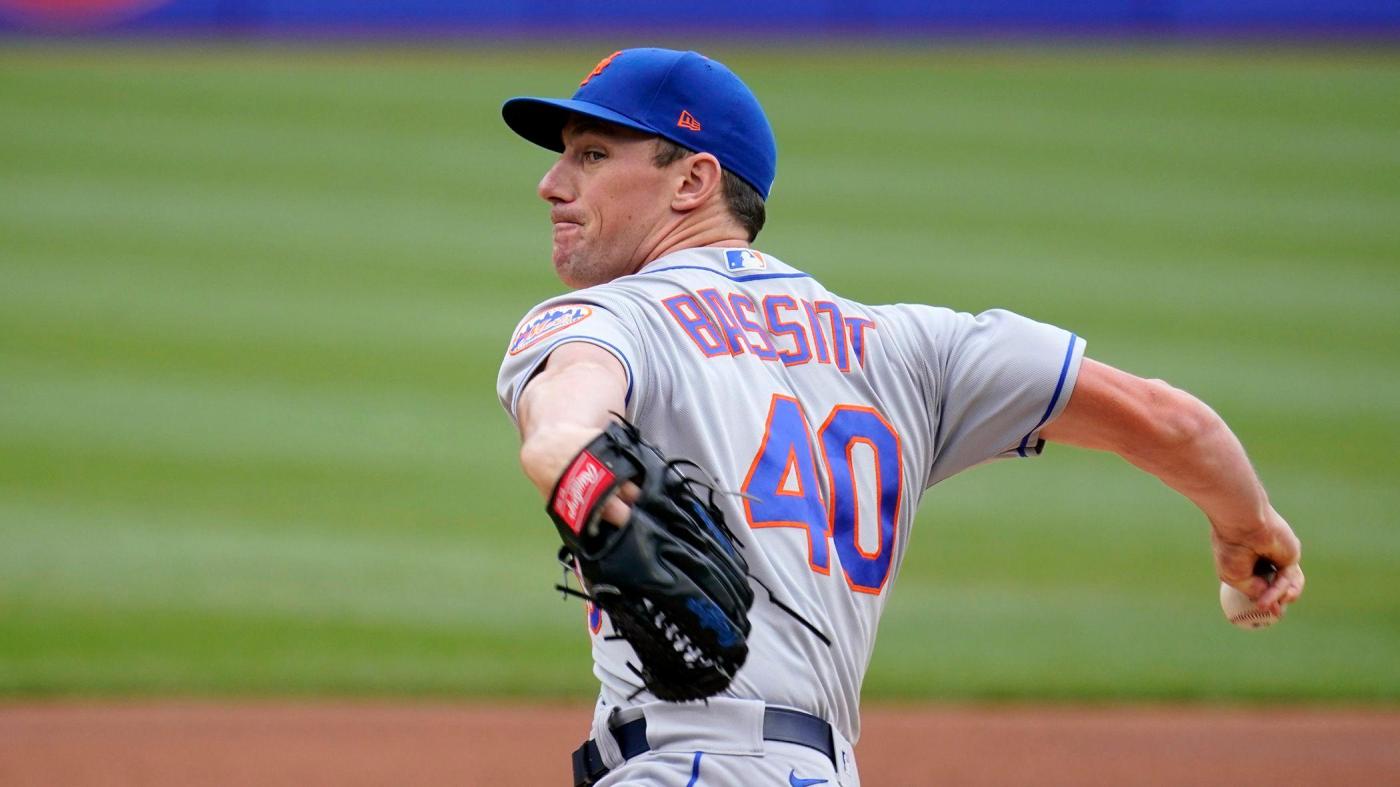 The Mets got two much-needed victories over the Pirates Wednesday after waking up tied with the Braves in the NL East standings.

Chris Bassitt and Jacob deGrom delivered exactly what Buck Showalter’s club needed on the same day Max Scherzer was placed on the 15-day injured list with irritation of the left oblique.

Bassitt recorded 10 strikeouts, five hits and only allowed one run in seven innings of work in the opener of a doubleheader in Pittsburgh as the Amazin’s came out on top 5-1. While deGrom racked up eight strikeouts in seven shutout frames allowing just three hits in the nightcap. The ace received plenty of run support as the Mets took the second game 10-0.

Since coming off the injured list, deGrom has been nothing short of dominant. The right-hander’s season ERA is down to 1.66. For Bassitt, it’s his second time this season striking out 10 in a game and the 11th time throwing 10-plus pitches in a start.

“He’s been consistent all year,” Showalter told reporters. “That’s typical Chris. We’ve come to expect this from him.”

The Mets’ bullpen hardly worked a sweat in either games of the doubleheader. Reliever Seth Lugo pitched the final two innings in the first game for the Mets, working around two hits against the rebuilding Pirates. While Adam Ottavino and Alex Claudio finished the job in the second game.

In the first game, Tyler Naquin and Eduardo Escobar led the way for the offense, smacking back-to-back homers off of Bryse Wilson in the fourth inning. Naquin, who hit the three-run homer off a belt-high fastball to center, took advantage of his opportunity after replacing the injured Starling Marte in the lineup. Escobar’s 2-for-4 day at the plate extends his hitting streak to five games. Pete Alonso also went 2-4 amidst his recent hitting slump.

During the nightcap, a four-run top of the second inning got the party started. Brandon Nimmo walked in the first run of the game and Escobar followed by scoring on a wild pitch. Francisco Lindor doubled in two more runs to cap off the inning. The Amazin’s added three more runs in the the fourth. Lindor doubled in another James McCann to cap off his three RBI night. Jeff McNeil then singled in Alonso and Lindor to make it 7-0.

Naquin, Escobar and Vogelbach added three more runs on RBI base hits in the final three frames to get to the final score of 10-0.

Mets held Marte out of the both lineups a day after he took a 96 mph fastball from Pittsburgh’s Mitch Keller to the middle finger of his right throwing hand.

After the first game, Showalter said Marte’s injured hand is still sore and the outfielder went to get more X-rays so the team can have a clearer look.

The Mets dominant display certainly pushed the panic button aside as they avoided allowing their struggles to extend any further.

“The whole New York media is a little extreme,” Bassitt told reporters. “It’s three [loses] games. So just win today and then win tonight and that’s just it. I‘m sure the world was going crazy, but we’re fine.”

The wins puts the Mets a half-game ahead of the Braves, who of course defeated the Oakland A’s in their game on Wednesday. The Mets had been alone atop the NL East since April 12.