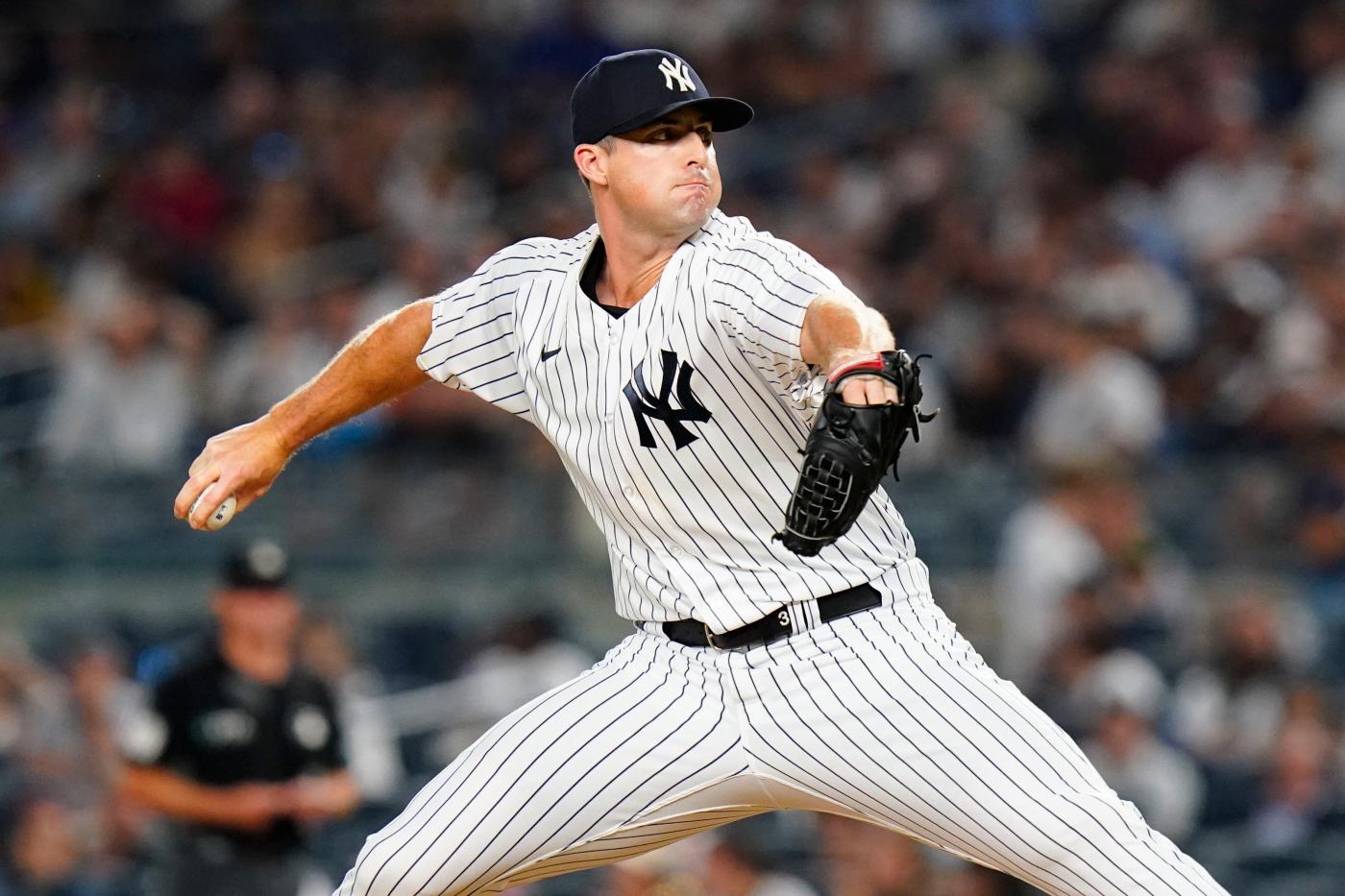 OAKLAND — Clay Holmes threw a simulated inning before Friday’s game in anticipation of returning to the active roster on Monday. The closer, who has been on the injured list with back tightness, said he felt good and expects to return as soon as eligible.

But what role will Holmes return to? Aaron Boone has been mixing and matching the back end of his bullpen right now. The Yankees manager hopes Holmes, who struggled before going on the IL, will take it back.

“I feel like I’m just going to try and get him in the best positions to be successful. I feel like we’ve had a number of guys, especially of late, that have shown the ability to close out a game … [I’ll] continue to do it that way,” Boone said before Friday night’s game against the A’s at the Coliseum. “And hopefully along the way, maybe somebody grabs that and solidifies that and establishes that, but I think we’ll see that kind of play itself out over the next several weeks.”

Holmes was the most dominant closer in the league heading into July and then he lost the command of his nasty sinker. In his first 38 games this season, Holmes was unhittable. He pitched to a 0.46 ERA, walking six in 39.1 innings pitched. Over his last 11 appearances, he has allowed 11 earned runs and walked 10 in 9.2 innings pitched.

“I do absolutely feel like he can make an impact at this level. Watching his live [batting practice] today, he’s got special stuff,” Boone said. “So it’s about [just getting] locked in again from the delivery standpoint, and it can take off just as quick as we saw the first few months of the season. So, yeah, I’m optimistic about that. And I feel like he’s in a good spot now health wise too.”

Pitching coach Matt Blake has also used Holmes’ time on the IL to help him work on his delivery. He was very happy with the way Holmes looked Friday afternoon, noting that his slider looked sharper and the sinker was back under control.

Getting Holmes back to the form he had before the All-Star break is crucial for the Yankees. Aroldis Chapman has not been dominant since last season. Boone is still trying to get him back to a position where he can help the Yankees.

“Physically, it’s in there. I do think he struggled a little bit with confidence at times, [gotta] get that swagger back. And the good thing is physically it’s still in there,” Boone said. “You know, mechanically he’s addressed things and cleaned things up, put them in a good spot. But we gotta get him to continue to repeat his delivery.”

Anthony Rizzo had an expected day off Friday. The first baseman has been struggling since he missed five games with lower back spasms.

“I was gonna get one of these off with the lefty and it keeps Gleyber [Torres] and [Josh Donaldson] both in there against the lefty,” Boone said. “You know, just want to be mindful, just with what he’s had to deal with at the back and stuff. Picking spots here and there.”

“He threw a couple of hits out there [Thursday night],” Boone said. “I think he’s managed it pretty well.”

Nestor Cortes was back out on the field pregame Friday, going through stretches, running and playing catch. The lefty, who went on the IL Thursday with a left groin strain, has not completely shut down, but Boone was adamant that he is injured.

“I know some people think this is a rest thing,” Boone said. “It is not a rest thing. It’s a Grade 2 strain of his groin.”

And Boone said that the fact that Cortes is not resting, but moving through this is a good sign.

“The fact that symptomatically he’s doing pretty well and able to do a lot of things. I think, hopefully, it’s something that speeds up the process,” Boone said.

“Hopefully this continues to go well and we’re starting to think about the next big challenge,” Boone added. “The next challenge will be getting on the mound and how it responds to throwing off the mound. Hopefully, he gets back on the mound at some point on this trip, and we can start to get him going again.”