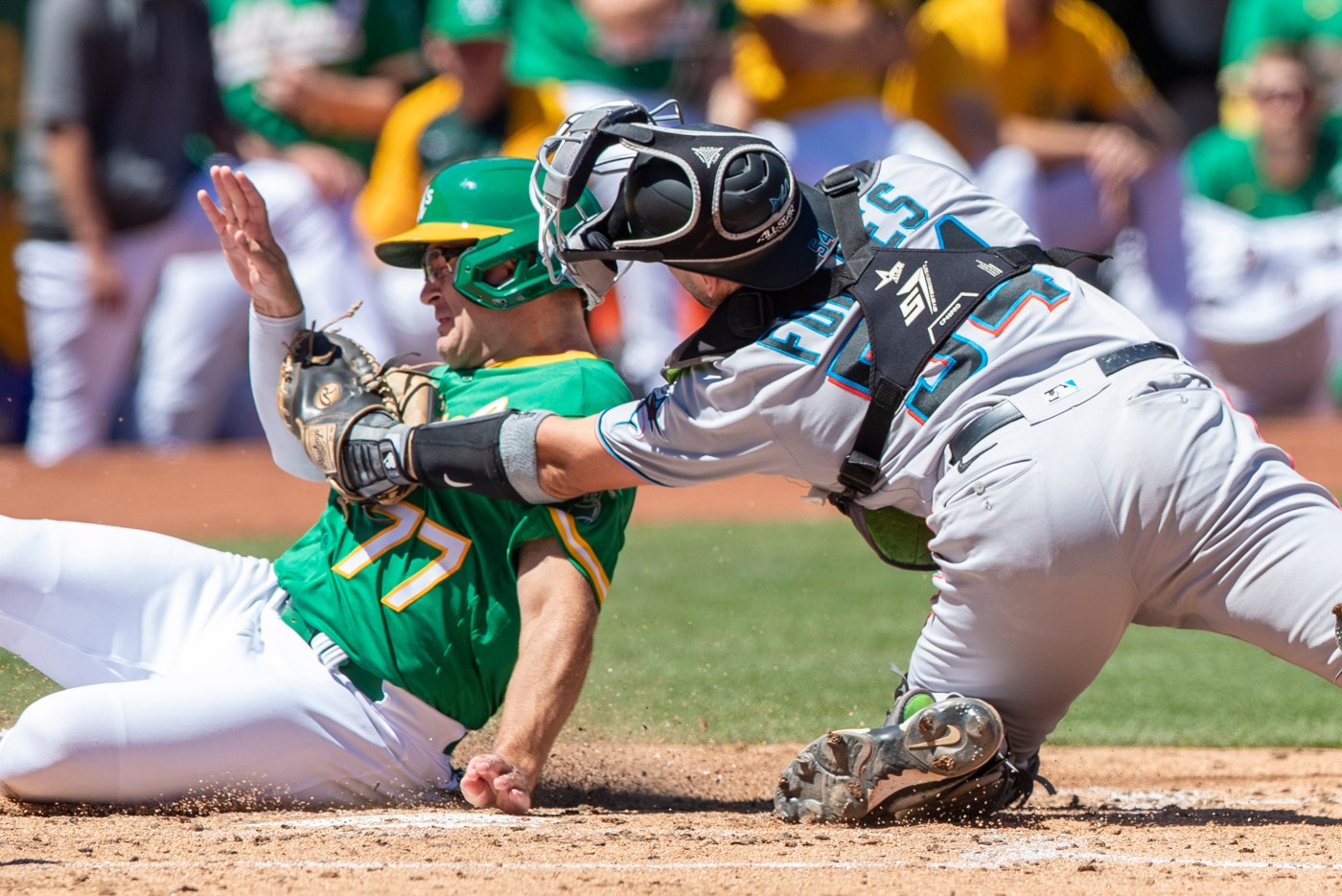 OAKLAND — Skye Bolt’s sacrifice fly to right field brought home David MacKinnon from third base for the game-winning run as the Oakland A’s beat the Miami Marlins 3-2 in 10 innings Wednesday before an announced crowd of 3,901 at the Coliseum.

Bolt’s fly ball came with no outs and took place after a wild pitch from Richard Bleier.

With the A’s leading 2-1, closer Dany Jiménez couldn’t finish off a four-out save as he allowed a solo home run to Nick Fortes with one out in the ninth. That cost A’s starter Cole Irvin, who was brilliant Wednesday, a chance at his first victory in his last five starts.

Irvin allowed just three hits and collected a career-high 11 strikeouts over seven shutout innings and left the game with a 2-0 lead. The Marlins, though, cut the A’s lead to one in the eighth inning as a Miguel Rojas single off of reliever Zach Jackson scored Peyton Burdick.

The A’s (46-79) were held without a hit through five innings by former Oakland starter Jesús Luzardo before Chad Pinder came through with a bases-loaded single to right in the sixth to give his team a 2-0 lead.

Before Pinder’s hit, Sean Murphy worked a nine-pitch walk to load the bases. Pinder then took a Luzardo change-up the other way, scoring both Nick Allen and Shea Langeliers.

The A’s were looking to salvage the last game of the three-game series with the Marlins, who won games Monday and Tuesday at the Coliseum by a combined score of 8-3.

Oakland now hosts the American League East-leading New York Yankees in a four-game series that starts Thursday. Sunday, the A’s will hold a 20-year reunion for the 2002 team that won what was then an AL-record 20 straight games.

Frankie Montas, who was traded to the Yankees on Aug. 1 for four players, including pitcher JP Sears, might have been considered the A’s best starter before he was shipped to the Bronx. But that title now likely now belongs to Irvin, who entered Wednesday with a 3.33 ERA despite his 6-11 record, which included a 4-1 record in July.

Irvin had gone four straight starts without a victory before Wednesday. In those four starts, Irvin was 0-4 with a 4.50 ERA, with 13 earned runs allowed in 26 innings. Opponents also batted .250 with a .726 OPS.

Wednesday, Irvin allowed singles in the third and fourth innings but retired nine of the last 10 batters he faced. He relied heavily on a mid-90s four-seam fastball, as he had four strikeouts through three innings and seven through five innings.