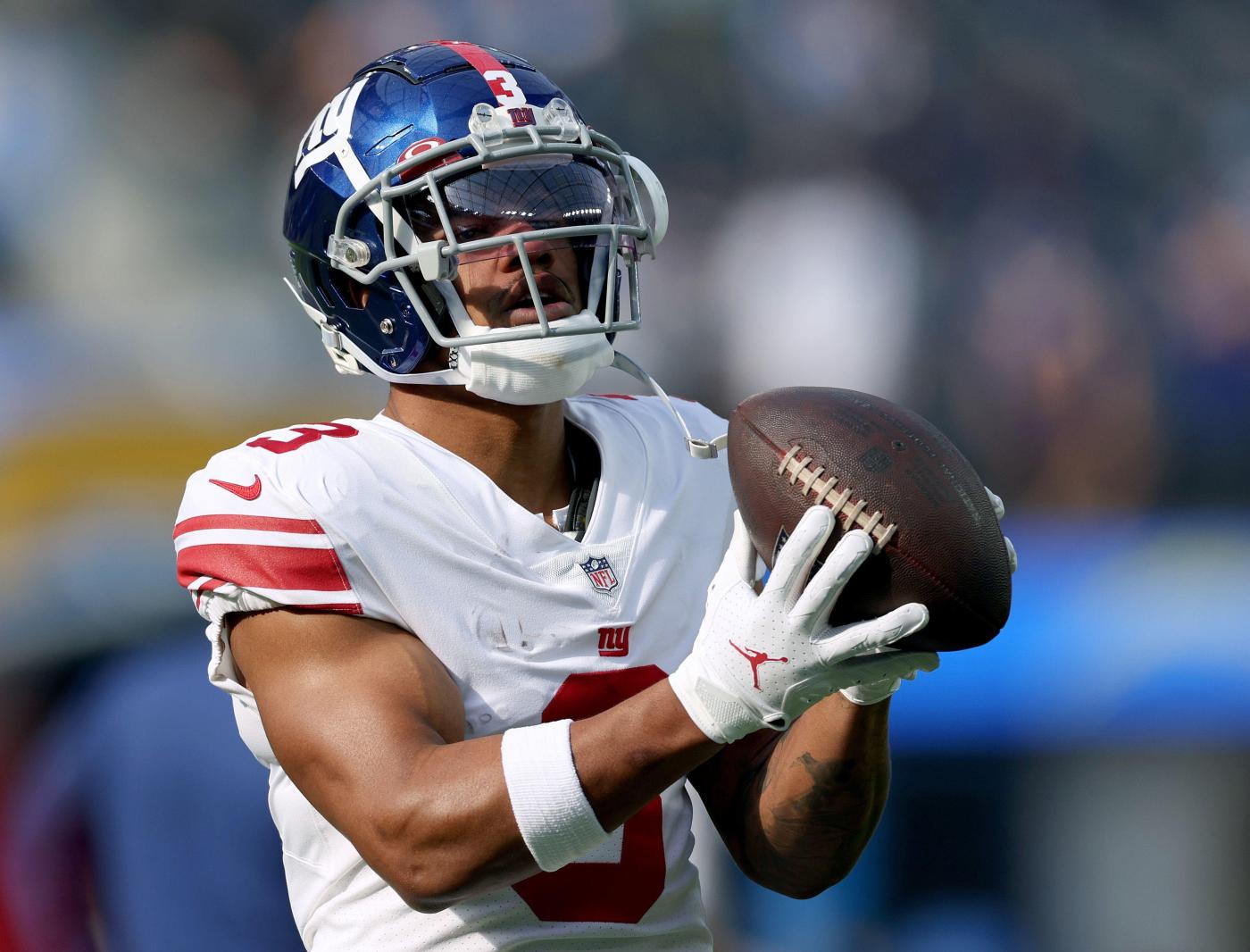 The Giants lost a starting-caliber receiver to injury the same day they got one back.

Collin Johnson tore his right Achilles during Tuesday’s practice, the same afternoon that Sterling Shepard made his training camp debut.

Johnson, 24, has been the standout of the Giants’ camp. He had earned regular first-team reps, and his 6-foot-6 frame had given the offense a high-functioning big receiver target with Kenny Golladay off to a slow start.

“The guys who have been out there and are producing – guys like Collin Johnson and David Sills – they’ve stepped up and they’re right in the mix, not just to make the team but to play,” head coach Brian Daboll had said Monday.

Sills is pushing for a large role. Kadarius Toney continues to spend more time on one knee at practice than he does on two feet.

His right hamstring appeared to be bothering him Tuesday during his only work in individuals. He has failed to fully practice in 10 of the team’s 17 practices this summer.

Darius Slayton continues to work on the side after he “tightened up” in the Giants’ preseason opener at New England. He projects as an end-of-camp cut. It’s not clear if injuries to other players can change that.

The Giants claimed wide receiver Jaylon Moore off waivers from the Baltimore Ravens on Tuesday, too.

Moore, 25, a 6-2, 190-pound wideout, spent the last two seasons on the Ravens’ practice squad. He was having a good camp in Baltimore but was quiet in two preseason games.

At least Shepard, 29, is back after being activated off the physically unable to perform list.

The veteran Giant has a good rapport with Jones, having played three seasons together. He looked strong on Tuesday in his first practice since tearing his left Achilles on Dec. 19.

He ran in motion with Jones’ first-string offense on one play Tuesday, and he caught a pass from backup QB Tyrod Taylor up the left side.

“It felt great, man, just being back on the field,” Shepard said after practice.

Shepard took a pay cut this offseason on a restructured contract to remain with the team. It’s a good thing he did.