Conservative MP Lucy Allan has called for a compensation scheme to be set up for people who have funeral plans with firms that have gone bust – or will do so – ahead of regulation later this year.

She fears that without such protection, tens of thousands of people – most of them elderly – could be left with plans that will not pay for the funerals they thought they had bought because the trust funds their money was put in do not have sufficient assets to pay for all the funerals customers bought in advance.

Allan led a parliamentary debate on the funeral plan industry last Thursday in response to the recent collapse of provider Safe Hands Plans that has left 47,000 customers seriously out of pocket. 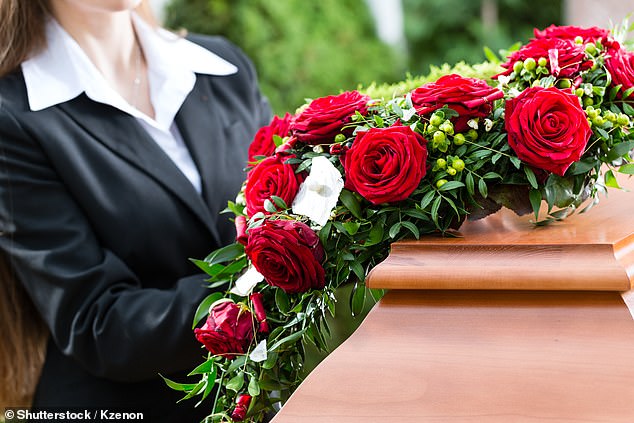 Worry: Tens of thousands of people – most of them elderly – could be left with plans that will not pay for the funerals they thought they had bought

In the debate, Allan praised The Mail on Sunday for its ‘sterling work’ in investigating widespread financial misconduct at Safe Hands.

She believes other companies will go out of business before the Financial Conduct Authority takes over regulation at the end of July.

Customers of any company going bust between now and the end of July will have no financial protection whereas those whose provider fails after July will be covered by the Financial Services Compensation Scheme.

According to FCA data, 13 providers have withdrawn applications to be authorised. Without authorisation, they will not be able to sell new plans or administer existing ones – and will be committing a criminal offence if they try to do so. The regulator says no one should buy a plan from any of these providers in the weeks prior to the end of July.

On Friday, Allan told the MoS: ‘My concern is that there is potential for another Safe Hands debacle before funeral plans fall within the FCA perimeter.’