Containment of Route fire in Castaic increases to 37%, but winds expected 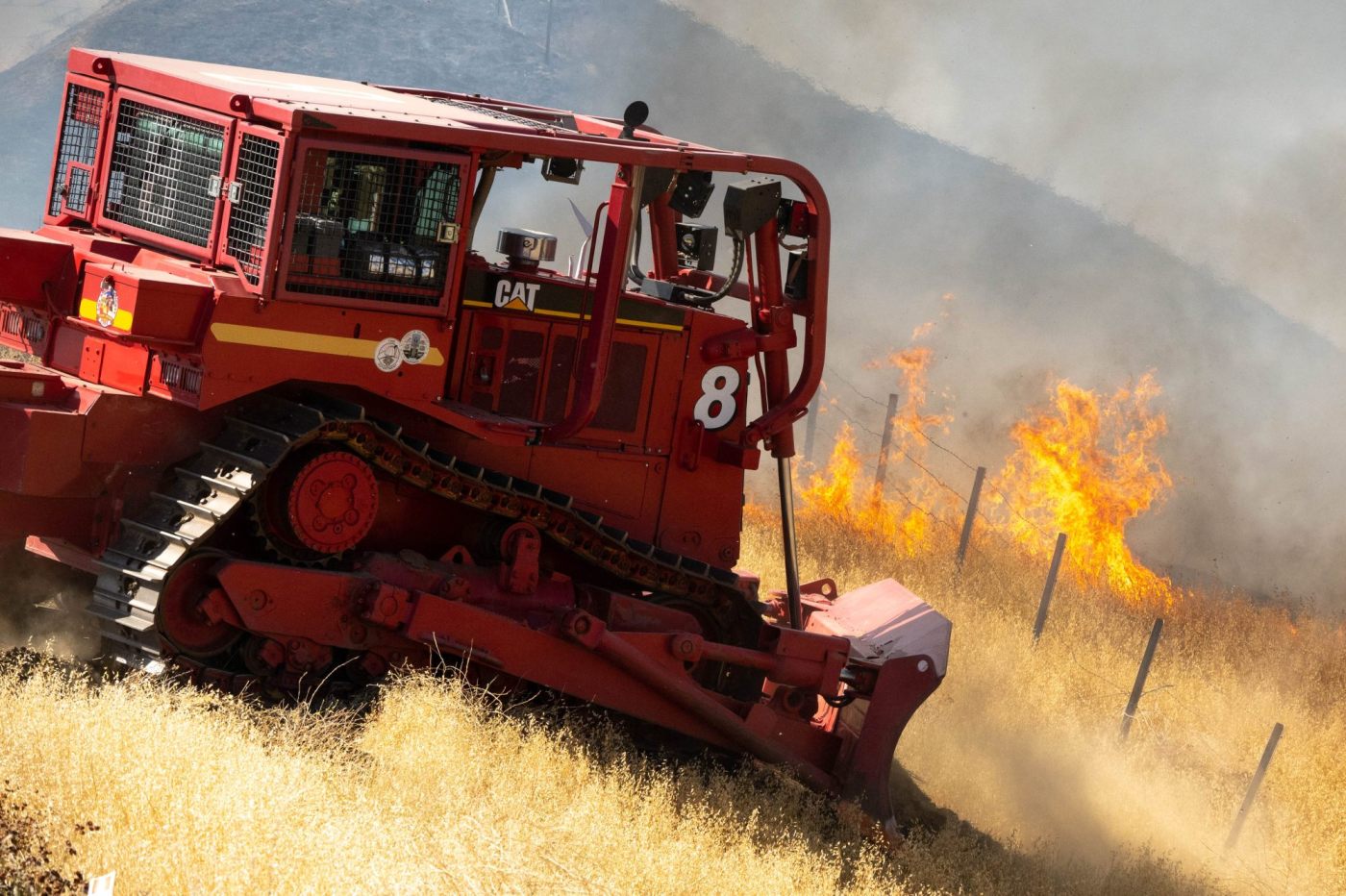 Firefighters continued to make progress overnight on the Route fire in Castaic, extending containment lines around 37% of the blaze by sunrise, authorities said on Friday, Sept. 2.

Officials said they expect full containment of the fire by Wednesday, Sept. 7.

Firefighters spent much of their overnight efforts extinguishing hotspots and strengthening the containment line. Containment is the percentage of the fire’s edge where firefighters believe flames will not go beyond because of their efforts or natural barriers.

Firefighters expected to again battle excessive heat, low humidity and steep terrain. Forecasted wind gusts on Friday of up to 20 miles per hour could cause problems.

The Route fire was first reported near Lake Hughes Road just after noon on Wednesday and chewed up more than 4,600 acres by nightfall. The fire’s progress has slowed dramatically since then and had not grown in about 24 hours.

As of Friday morning, all evacuation orders had been lifted, though 550 structures remained threatened, officials said. One home was destroyed and one outbuilding was damaged, L.A. County deputy fire chief Thomas Ewald has said.

Seven firefighters were briefly hospitalized with heat-related injuries on Wednesday, but all were released by Thursday morning, Ewald said.

Currently, 512 firefighters were on scene and getting help from two helicopters.

The fire’s cause remained under investigation.