The 58-year-old actress posted several pictures of herself and musician Johnny McDaid on Instagram with the message, ‘Happy birthday to my multitalented Johnny! He may be getting older (kinda) but watching him play never does. I love you J.’

Photos of the loved-up couple included several fun selfies, as well as one with a sleeping Courteney and scenes from a convenience store and a picnic with singer Ed Sheeran, 31. 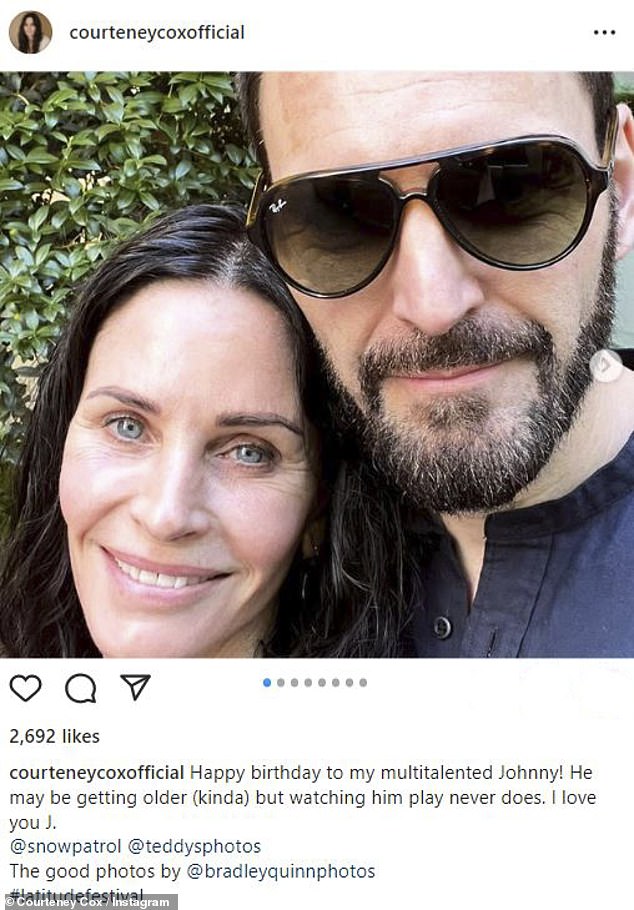 Birthday boy: Courtney Cox, 58, wished her boyfriend, Johnny McDaid, 46, a Happy Birthday Sunday, posting a series of pictures of the couple on Instagram

The Friends star and her singer–songwriter sweetheart have been together since 2013.

The couple got engaged in June 2014, but in 2019 announced that they were no longer engaged, but still in a relationship which appears to be going strong to this day.

Johnny is a native of Derry, Northern Ireland, where he grew up in a family with six children. 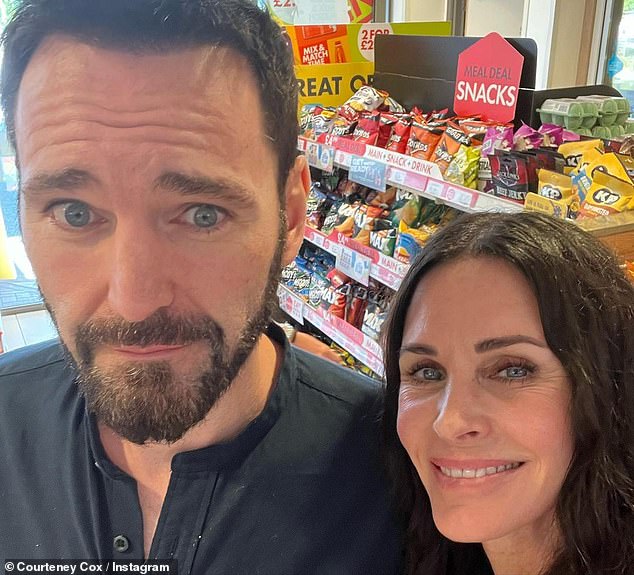 Longtime love:  The Friends star and the singer–songwriter have been together since 2013. They were engaged for five years. They called it off in 2019, but remain a couple 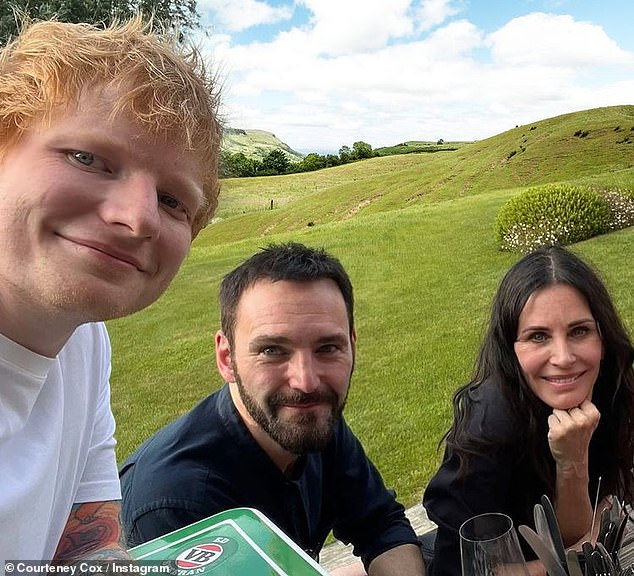 Collaborators: The Snow Patrol band member has co-written and produced dozens of hits for stars including Ed Sheeran, who introduced Johnny and Courteney

He plays guitar and piano as a member of the alternative rock band Snow Patrol and has written and produced songs for several major artists.

Some of his hits include The Rest Of Our Life by Faith Hill and Tim McGraw, What About Us by Pink, as well as Underdog and Authors Of Forever by Alicia Keys.

The talented songwriter also collaborated with Ed Sheeran on his second and third albums. 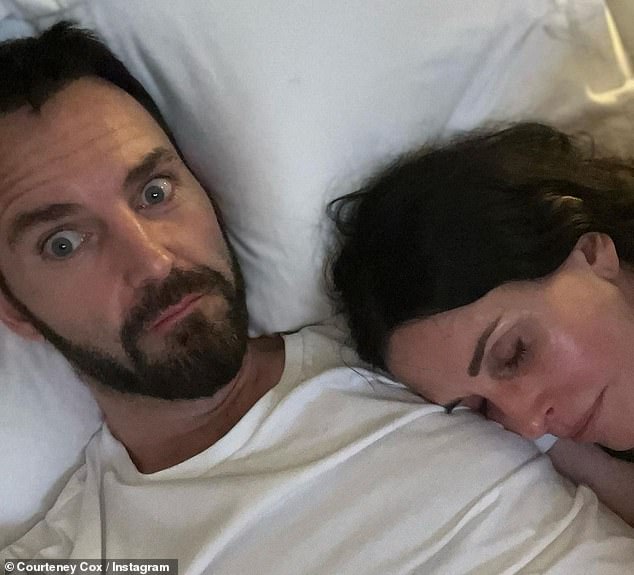 The Bad Habits singer returned the favor and introduced him to Courtney.

In a January interview with People, The Scream actress described her longtime love as ‘a great listener,’ adding, ‘I’ve never met someone more patient, he’s a great advice-giver.’

‘I love his heart, his intentions. His morals. He’s extremely talented and obviously musical, but he’s a poet and a writer. He’s just so smart, and I find that really sexy. And then he is gorgeous,’ she gushed.