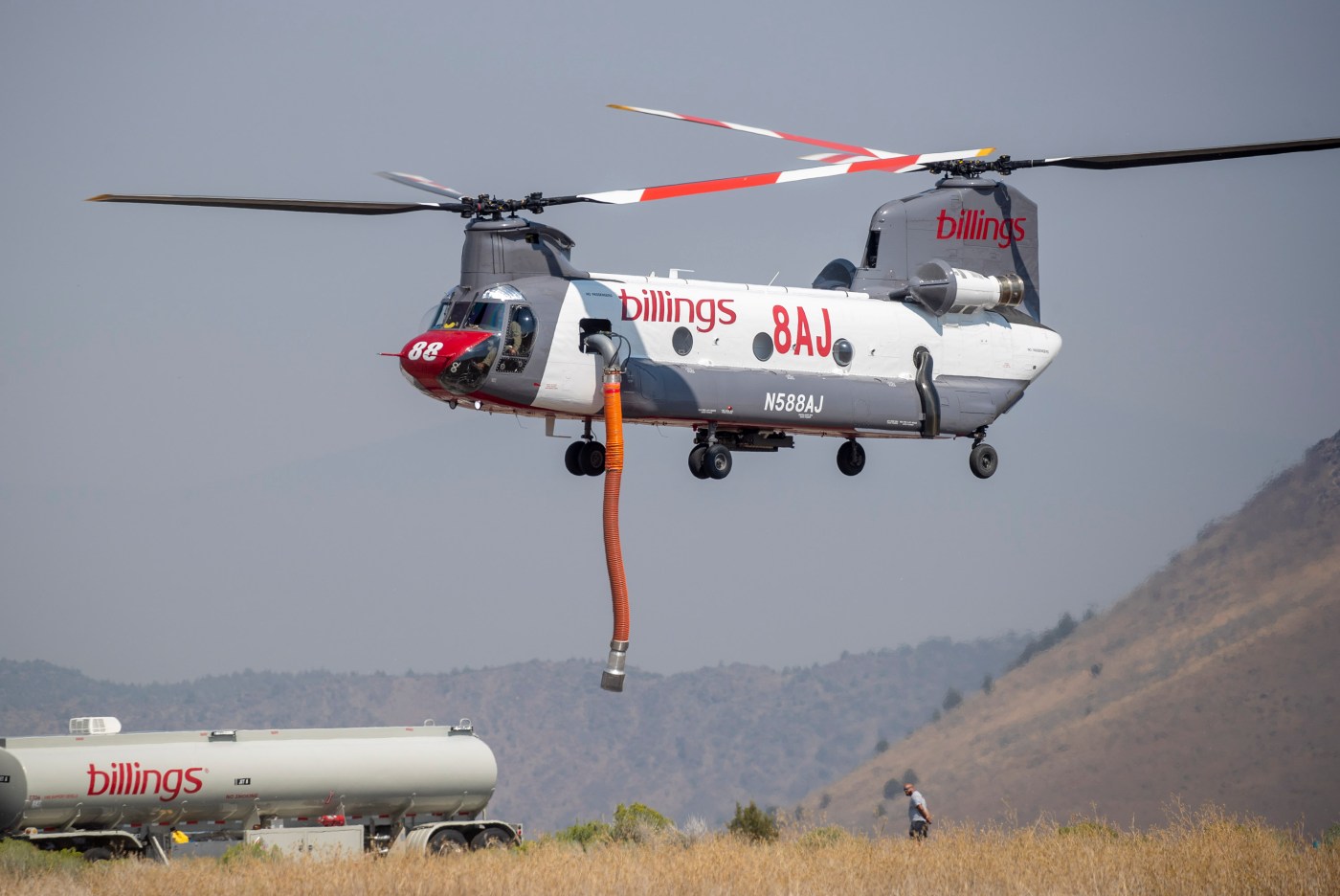 A fire that swept through a historically important Black community in the northern California town of Weed, killing two people, is encircled by fire breaks and hose lines and deemed 55% contained by Cal Fire. But a separate wildfire in rugged mountain terrain to the west continues to rage and is only 20% contained, the agency reported.

The Mill Fire in Weed on Friday ripped through the Lincoln Heights neighborhood, which was founded by Black people in the early 1900s during the Great Migration from the South. Two women, 66 and 73, were killed, Siskiyou County Sheriff Jeremiah LaRue said Monday.

On Tuesday, Cal Fire pegged the size of the Mill Fire at 4,263 acres, the same size reported Monday when the agency’s Kent Cunningham told residents at a community meeting that the blaze was surrounded by containment lines made with bulldozers, hand tools and water hoses.

The fire, which started at or near a sawmill in Weed and tore northward with what residents described as terrifying speed, destroyed 117 structures, including dozens of homes in Lincoln Heights and others in the Lake Shastina community a few miles to the north, Cal Fire said.

“Winds are expected to increase this afternoon however the fire is not expected to grow,” the agency said in an online update Tuesday at 1:30 p.m. The cause remains under investigation.

No deaths or injuries were reported from the Mountain Fire, which according to Cal Fire has destroyed four structures. That fire’s cause is also still under investigation, Cal Fire said.