Despite not having a pick in first two rounds, Panthers plan to stay the course in NHL draft – The Mercury News 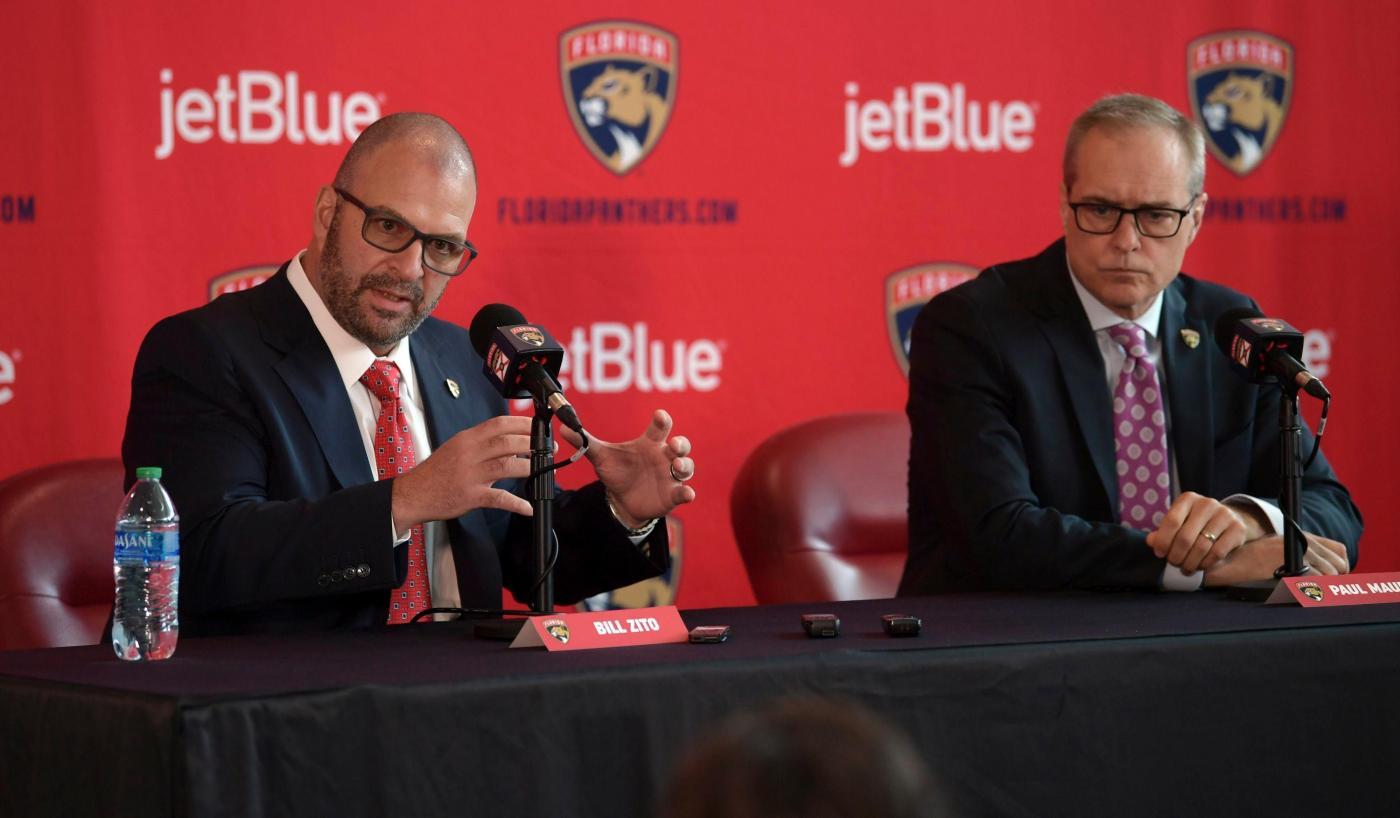 Paul Maurice will likely have to wait a while to make his first draft selection as head coach of the Panthers. If things remain the same, Florida won’t be picking until the second and final day of the draft as it doesn’t have a selection until the third round after trading away its first- and second-round picks.

In fact, the Panthers are actually without a first-round pick in 2022, 2023 and 2024 after making win-now moves to acquire players such as Claude Giroux, Sam Reinhart, Sam Bennett and Ben Chariot.

Trades for Reinhart and Bennett in 2021 with Buffalo and Calgary, respectively, are what cost the team their first two selections this year. Those trades bore fruit, however, as Florida went on to have the best regular season in franchise history. Reinhart finished second on the team in goals with 33 while Bennett ended up fifth with 28.

Despite the lack of top selections, general manager Bill Zito and his staff believe that their process should not and won’t change going into Thursday’s draft.

“Prep has been the same and I really commend the staff, [they] are doing a wonderful job staying focused,” Zito said during a pre-draft press conference Wednesday. “You never know what can happen and no one knows what can happen in the next 24 hours. So, they’ve been preparing as if we would have a plethora of picks and they’re prepared to make any selection at any time.

“They’ve been very diligent in doing their work and they’re ready.”

Unless Zito has another trade in his plans, the Panthers pick, at No. 93 overall, will likely be one that’ll take a bit more time to develop.

Zito acknowledged the value of evaluating potential and upside while remaining firm on the organization’s drafting philosophy of taking the best player on their board when they are on the clock.

“Our outlook hasn’t changed with regard to the philosophy of best player available,” Zito said. “And if the projection is we think a player might take a little longer to develop, that’s ok. We do have a lot of depth and our core is relatively young. So, we feel pretty strongly that our core group is going to be together for a while and that we’re going to be able to sustain the progress and allow the the right player to continue to develop the right way on a schedule that’s prudent for each individual.”

In addition to its third-rounder, the Panthers also have picks in the third, fourth, fifth, sixth and seventh round. They have two in the sixth as a result of trading Tyler Inamoto to the Columbus Blue Jackets in March, they also received Max Domi and shoveled him along to the Carolina Panthers in the deal.

The draft will take place in Montreal at the Bell Centre. Round 1 will begin Thursday at 7 p.m. and broadcast on ESPN and ESPN+. Rounds 2-7 are on Friday starting at 11 a.m. and will be shown on NHL Network and ESPN+.