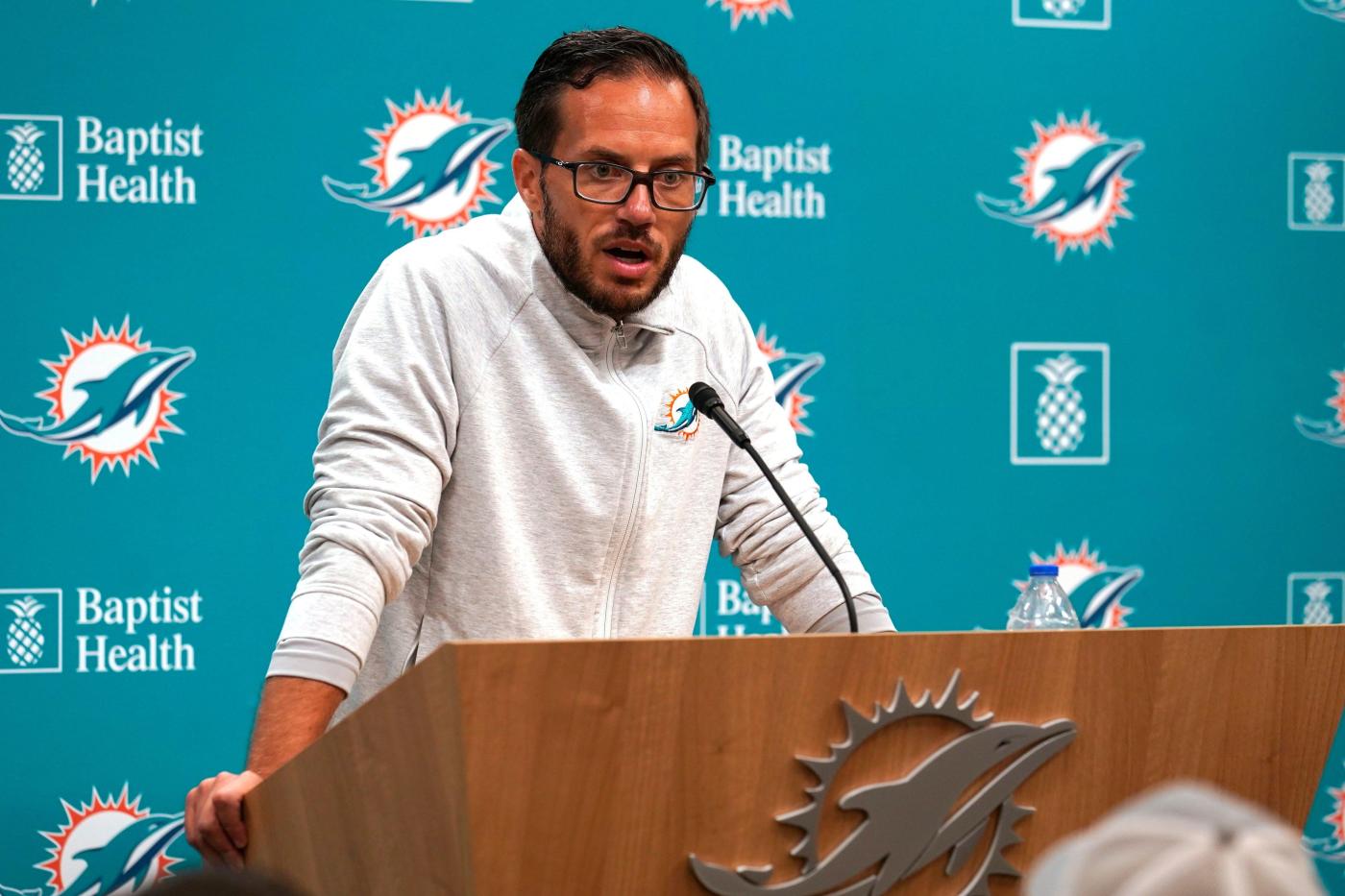 While McDaniel said he’s not a fan of internal team concerns getting expressed on social media, he did voice empathy for Williams.

“I do prioritize opportunities for players to follow their dreams,” McDaniel said. “For the players, every time they’re on the field, it’s a tremendous opportunity for them, as well as their teammates, who they’re depending on to execute and operate at a high standard.”

Williams, a 6-foot-5 target, has seen his on-field production consistently decline since standing out as an undrafted rookie on the Dolphins’ 2019 team that went 5-11. After 32 receptions for 428 yards that year, he then had 18 catches for 288 yards in 2020 and just six receptions for 71 yards last season.

Now, Williams is in his first season under McDaniel and a new offensive coaching staff while part of a deeper receiving corps with Tyreek Hill, Cedrick Wilson, rookie Erik Ezukanma, Trent Sherfield, Mohamed Sanu and River Cracraft among new faces in the unit.

With offensive lineman Michael Deiter sidelined early in camp with a foot injury, McDaniel said he doesn’t expect it, at this point, to affect his available come the start of the regular season.

Deiter missed nine games in 2021, mostly due to a foot ailment. He has been supplanted from his previous starting center spot by free-agent addition Connor Williams, who is moving over to the new position after playing guard for four years with the Dallas Cowboys.

McDaniel has been impressed with Ezukanma’s strides early in camp.

“The strife of the rookie in the NFL is so often underestimated and understated,” said McDaniel of Ezukanma, who had a 40-yard touchdown catch from Tua Tagovailoa on Monday. “Grown men who have been playing NFL seasons for an extended period of time that have been making a living for their family and doing so within the confines of a certain scheme. That is a lot of ground to make up when you enter the league as a rookie.”

McDaniel has noticed that Ezukanma doesn’t repeat mistakes. When he makes his next inevitable error, it’s a new one that pops up while correcting previous mishaps.

“When you make mistakes, how do you correct them?” McDaniel said. “Are they improving on things? Are they making the same mistakes twice? That’s one exciting thing about Erik, that he is learning a completely new language at a different speed and tempo.”

Tuesday’s practice is the first one in pads for the Dolphins. McDaniel downplayed the significance of it in training camp, largely due to how his team has practiced without pads.

“If you practice the right way without pads, it’s less significant when they come on,” he said. “I’m very happy with how we practiced without pads because we deliberately approached it as if we would have it. You put yourself in position to either block or tackle. … I would’ve been disappointed if I would’ve been really eager for the pads to come on.”