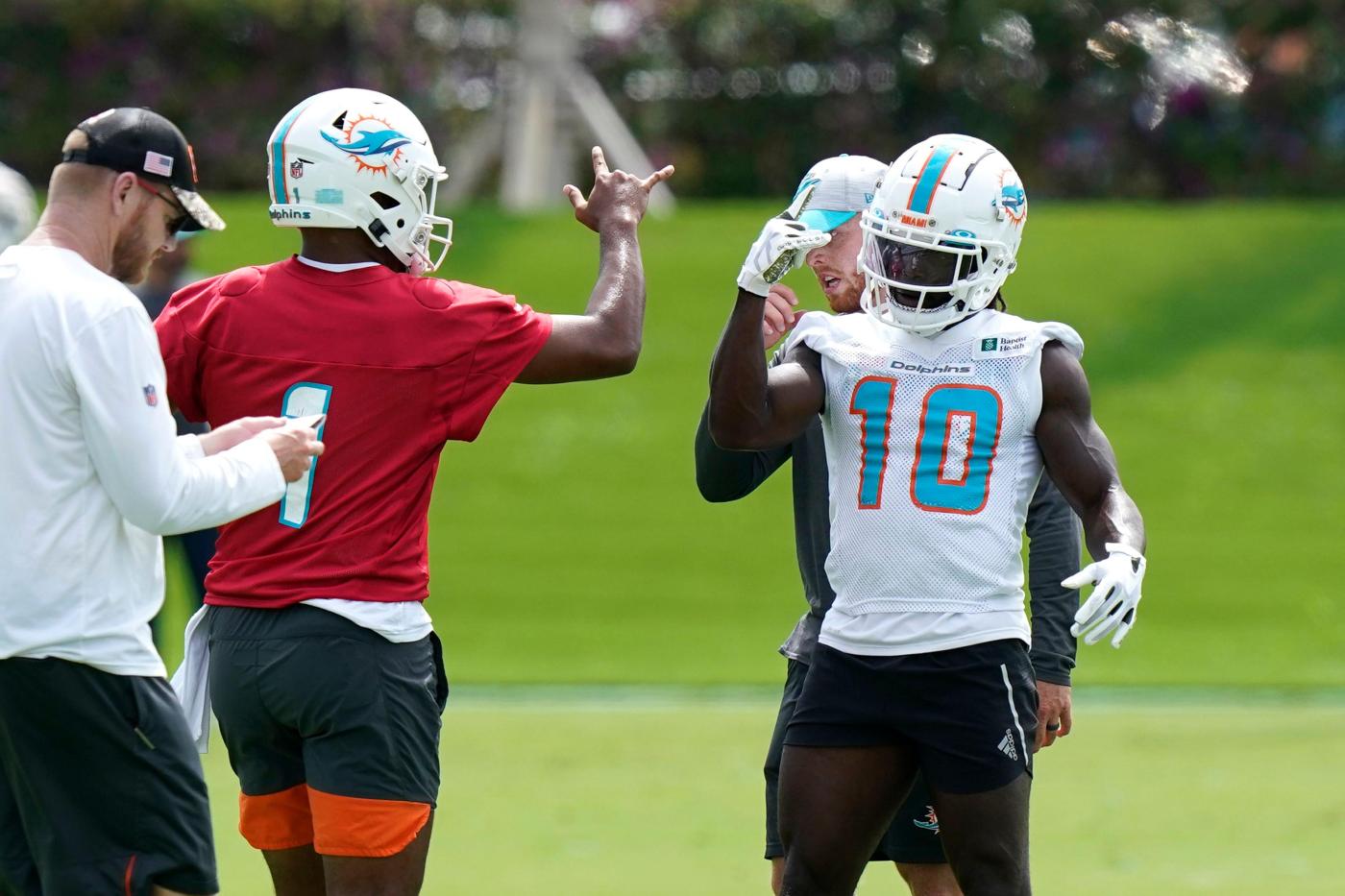 The last time Miami Dolphins quarterback Tua Tagovailoa spoke to the media, he appeared as open and confident as he has been in his two-plus years in the NFL.

After the jabs thrown at his critics in that interview session during mandatory minicamp in early June, Tagovailoa maintained the same tone appearing on new star teammate and wide receiver Tyreek Hill’s podcast, “It Needed To Be Said.”

Tagovailoa has expressed himself more freely this offseason, a possible byproduct of Hill and new Dolphins coach Mike McDaniel making a concerted effort to instill confidence in the young quarterback going into his third professional season. It’s a reversal from the apparent pressure Tagovailoa was constantly under while led by previous Dolphins coach Brian Flores.

Among Hill’s comments this offseason, he famously deemed Tagovailoa a more accurate passer than his former quarterback with the Kansas City Chiefs, Patrick Mahomes, in the debut of his podcast. His take drew a week’s worth of commentary and criticism from national media outlets — and even death threats from fans. In the latest episode, Hill introduced Tagovailoa as the “most accurate quarterback in the NFL.”

Tagovailoa is largely humble on and off the field, but he detailed how he started finding himself get animated to counter trash talkers in college when he played for the Alabama Crimson Tide.

“I wasn’t much of a talker when I was at Alabama,” he said, “so when I hear guys talking, kind of the notion was, ‘Okay, I feel like I’m a silent assassin, so I’m going to go after this guy now.’ And then you go after him and they start arguing with other guys, but you know, it’s just for your clarity, ‘I started that. That’s what you get.’”

Tagovailoa touched on working to grow his chemistry with his new elite pass catcher, Hill, and he threw another jab at critics in analyzing it.

“I don’t think it’s good enough. I’ve been underthrowing him so many times,” Tagovailoa quipped sarcastically. “He’s got people talking about how I can’t throw the deep ball.”

The two shared an anecdote from early in organized team activities. Tagovailoa mentioned getting together to throw, and Hill pushed for Tagovailoa to take more of a lead instead of asking what worked for everyone else.

“‘Yeah, I know I’m the quarterback. I’m trying to get what the feel is in the receiver room.’ He said, ‘No. You tell us where to go. That’s where we’re all going.’ That’s where we started.”

Tagovailoa said he found it admirable how, although Hill is an established star in the NFL, he’s willing to listen to perspective from younger players and is open to learn from things other players pick up.

Tagovailoa admitted he was star-struck at first when seeing Dolphins legend Dan Marino in team facilities as a rookie, something that has since become commonplace with the Hall of Fame quarterback often in position meetings.

“You don’t want to show the emotions of, ‘Dude, this is Dan Marino in the room with us.’ You don’t want to do that,” Tagovailoa said. “You want to be a professional. It was surreal for me when Dan started calling my name. I’m like, ‘Look, he said Tua. Tua came out of Dan’s mouth.’ Dan Marino, I wasn’t even born when Dan was doing what he was doing.”

Tagovailoa spoke about how his experience at Alabama and the competitive environment with Philadelphia Eagles quarterback Jalen Hurts and New England Patriots’ Mac Jones in the same quarterback room helped shape him. What stood out to him is how, despite the positional competition, how the three were willing to assist each other.

“[Hurts] was established already, and for me and Mac to have come in, him being able to take us under his wing, I thought that was cool,” Tagovailoa said. “We all helped each other grow as players, and that kind of helped the team out too. Because, you knew when you were going against the second or third team, it wasn’t easy.”

The Dolphins report for training camp on July 26.