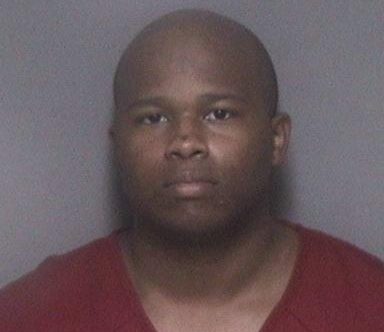 DUBLIN — A day after an Alameda County Sheriff’s deputy was suspected of shooting a married couple execution-style inside their home, authorities said they were still trying probe all the questions about why it may have happened.

Authorities on Friday identified the Dublin couple as 57-year-old Benison Tran and his wife, 42-year-old Maria Tran. Police were called to their house in the 3100 block of Colebrook Lane about 12:45 a.m. Wednesday after a man suspected to be Deputy Devin Williams Jr., 24, burst into their house and shot them.

A law-enforcement source said the couple was killed in an “execution-style manner.”

Four other people were in the house at the time of the killings, including a child and a relative from out of town who made the 911 call, Kelly said. No one else in the house was injured.

Williams remained at Santa Rita Jail in Dublin early Thursday after surrendering hours after the shooting. According to jail records, Williams is suspected of first-degree murder and second-degree burglary. He was being held without bail, and authorities are considering transferring him to another facility outside the county.

“We are looking at that possibility of moving him,” sheriff’s office spokesman Lt. Ray Kelly said. “It might be in the best interest of our employees and the Dublin community to move him out of the county.”

Authorities said Williams had a connection to the couple, but they have not said how. Kelly said Maria Tran worked as a nurse at the John George Psychiatric Facility in an unincorporated part of San Leandro.

Benison Tran retired in April 2021 from the City of Santa Clara, where he worked for nearly 29 years as a civil engineer in the city’s public works department. In a statement Thursday, a city spokesperson said city officials were “shocked and deeply saddened to hear about the loss of our long-time friend and former colleague,” adding that a grief counselor had been brought in to console his former employees.

Williams worked briefly with the Stockton Police Department from March 2020 to January 2021 before joining the sheriff’s office. He failed his probationary period with Stockton police, Kelly said, because “his ability and his skillset weren’t meeting the criteria that this job demands.”

Stockton police confirmed his employment, but a spokesperson said the department would not comment further.

Kelly said Williams’ record had been “immaculate” since joining the sheriff’s office in September 2021 after passing a background check.

“It just was a better fit,” Kelly said.

After the shooting, Williams fled to Fresno County, from where he called his superiors and surrendered after a 45-minute conversation with Dublin Police Services Chief and sheriff’s office commander Garrett Holmes. The California Highway Patrol took Williams into custody in Coalinga, a town along Interstate 5 about 150 miles from Dublin.

Williams tossed away his department-issued gun along the Altamont Pass during his attempted escape, Kelly said. Investigators are still trying to find it.

“Everybody as we start this day, the mood is very somber,” Kelly said Thursday morning. “We’re very focused on the family and the community and the healing that has to take place. That’s where we are right now as we continue to investigate. A lot of people are affected by this.”

Kelly said peer support and counseling services were made available to sheriff’s office employees and other first responders who have been affected. He also promised transparency and accountability from the sheriff’s office throughout the process.

“Our people never missed a beat in the pursuit of the suspect,” he said. “We’ve been open and transparent, and we believe public needs to know as much as we can provide them. That’s our direction.”

This is a developing story. Please check back for updates.