Draymond Green and the Warriors show how defense fuels their dynasty 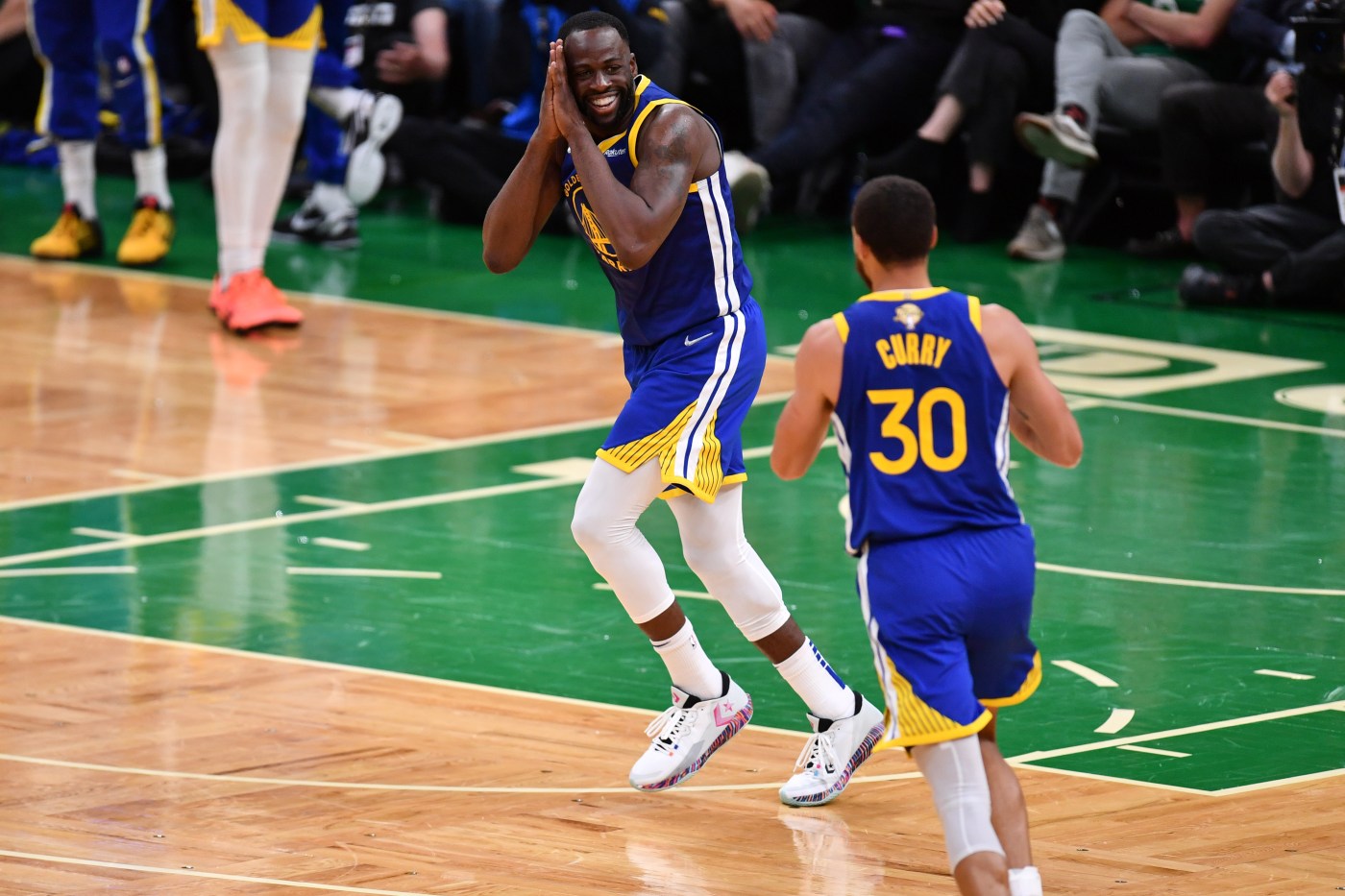 BOSTON — Cigar smoke seeped out of the visiting locker room along with the stench of champagne. A loud chant came with it.

This time, the chant wasn’t a taunt from Boston Celtics fans. It came from Draymond Green’s teammates in celebration of the Warriors’ fourth NBA title in six tries. And Green’s leading role as their defensive guru that culminated with a masterful Game 6 performance in their 103-90 win on Friday at TD Garden.

Offense beautifies this historic team as much as it has sustained it. Steph Curry and Klay Thompson’s 3-point shooting revolutionized the game — a strategy that drew plenty of suspicion during their first run eight years ago that’s now become normalized.

But none of this success exists without a top defense and the dirty work Green has always carried with pride. It’s a job that earns him plenty of scrutiny when he slips up. And a few bad games in these Finals had him drowning; was his podcast distracting him from the task at hand? Green was benched for during the offensive possessions in the Warriors’ Game 4 win. Outside the locker room, people wondered if Green still had it.

And Game 4 was not my best effort but not totally special.

And Game 5, Game 5, I was pretty solid. Came out with great energy.

The Celtics were supposed to be the juggernaut defense — they came into the Finals with the league’s best defensive rating, expected to stoke fear in the Warriors’ hearts. But Golden State flipped the script. In all four of their wins they held Boston to under 100 points and made budding superstar Jayson Tatum look pedestrian.

Green spoke all series about the Warriors’ point-of-attack defense, using their help defense to force the Celtics’ star wings, Tatum and Jaylen Brown, to play in traffic. The strategy bit them in the behind in Game 1, when the Celtics kicked the ball out of traffic to the open 3-point shooter — and those shooters hit a slew of 3-pointers to win in a shocker.

Green played “like [expletive],” in his words, in a poor defensive Game 3 loss. But they keyed in for Game 4 and never let up, winning those three straight, in part, by forcing a turnover-happy Boston offense into an average 16 turnovers per game.

They turned the ball over a series-high 22 times on Thursday with Green at his very best, making every rotation and disrupting Boston’s desperate drives to the paint. He wasn’t alone, either. Gary Payton II was a menace at the point-of-attack after his return in Game 2 from a broken left elbow.

“That man made my life so easy,” Klay Thompson said. “I used to have to do his job and I’m looking at him like that is exhausting, Bro, you’ve got to get buckets and guard the best player? That’s crazy.”

Perhaps the Warriors’ defense was underrated heading into this. The Celtics had all the credibility, riding the momentum of a league-best 106.9 defensive rating that only grew stronger as the playoffs approached. They swept Kevin Durant’s Nets, toppled Giannis Antetokounmpo’s defending champion Bucks and outlasted Jimmy Butler’s relentless Miami Heat.

And the Warriors had a knock on their reputation from the regular season. It was no coincidence that their March skid and a poor defensive performance coincided with Green’s back injury.

“You know, we have always spoke about our defense, and, I mean, it’s been a constant for us,” Green said. “But when you have such a sexy offense, and guys shooting the ball like Steph Curry and Klay Thompson and Jordan Poole, when you have that, it’s always going to be sexier, and people are always going to appreciate that more. And if you look at their offense. Like we beat this team because of our defense.”