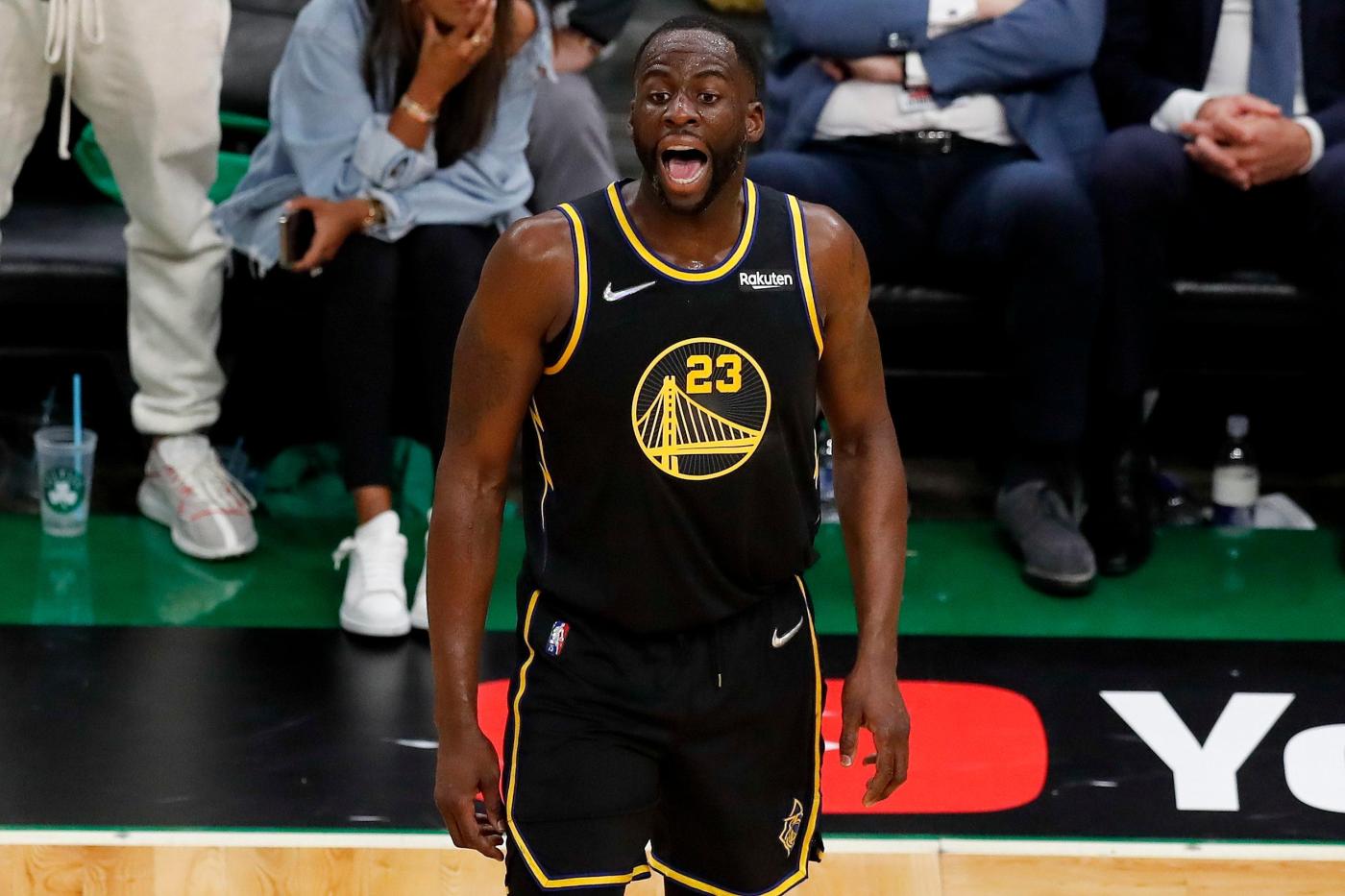 Draymond Green has been superb lately at podcasting and plugging his podcast and crowning himself the New Media.

But as far as playing basketball? Let’s just say the New Media career might be full-time pretty soon.

His performance Wednesday night was one for the sewer system, with Green managing just two points with six fouls as the Warriors dropped Game 3 to the Celtics, 116-100. His antics and emotion have long been a boost to the Warriors dynasty.

Also, at times, it’s been a detriment. Remember that suspension for flicking LeBron James in the groin? Not to be dramatic, but it possibly changed the course of NBA history.

In Game 2 against the Celtics, Green was credited with bullying the opponent into discomfort with hard fouls and trash talk. His calling cards. But two days later, the Celtics flipped the script and Green was useless.

“You just got to clock him one good time with a cheap shot, that’s all,” Charles Barkley said before the game while promoting his appearance at next month’s American Century celebrity golf tournament. “Draymond reminds me a lot of Dennis Rodman. Michael [Jordan] used to say to me, ‘Man, why do you do that?’ I said, ‘He cut all those antics out.’

“Every time I played against Dennis Rodman I would just knock the hell out of him early in the first quarter like, ‘hey, I’m not out here screwing around, I’m out here trying to play basketball.’ And I would just hit him as hard as I could and he would stop all those antics. And that’s what I would do to Draymond.”

Let’s face it, Green isn’t skilled enough with a basketball to leave on the court if he’s getting outworked. His shooting is way down from its peak six seasons ago, dropping from 39% from beyond the arc in 2015-16 to 29.6% this season.

In these Finals, Green is averaging (shield your eyes children) five points in 36 minutes on 26% shooting.

After the game, Green’s wife and teammates were complaining about the profane chants directed at the power forward, which came across as whining considering the Warriors were pummeled and Green has a long history of provocation.

Green, of course, addressed it all on his podcast within a few hours, which led to an interesting stat from StatMuse: “Draymond has more podcast episodes (3) than blocks (2) in this Finals.”

“And where does that show up? That shows up in the box score in a game like [Game 3] where you played 34 minutes, you have four rebounds, three assists, and two points,” Thomas said on NBATV. “Draymond Green does that in a grade school game, not in the NBA Finals. So when you talk about focus, this is what the NBA Finals is about, and right now he has lost focus in terms of concentrating on beating the opponent.”