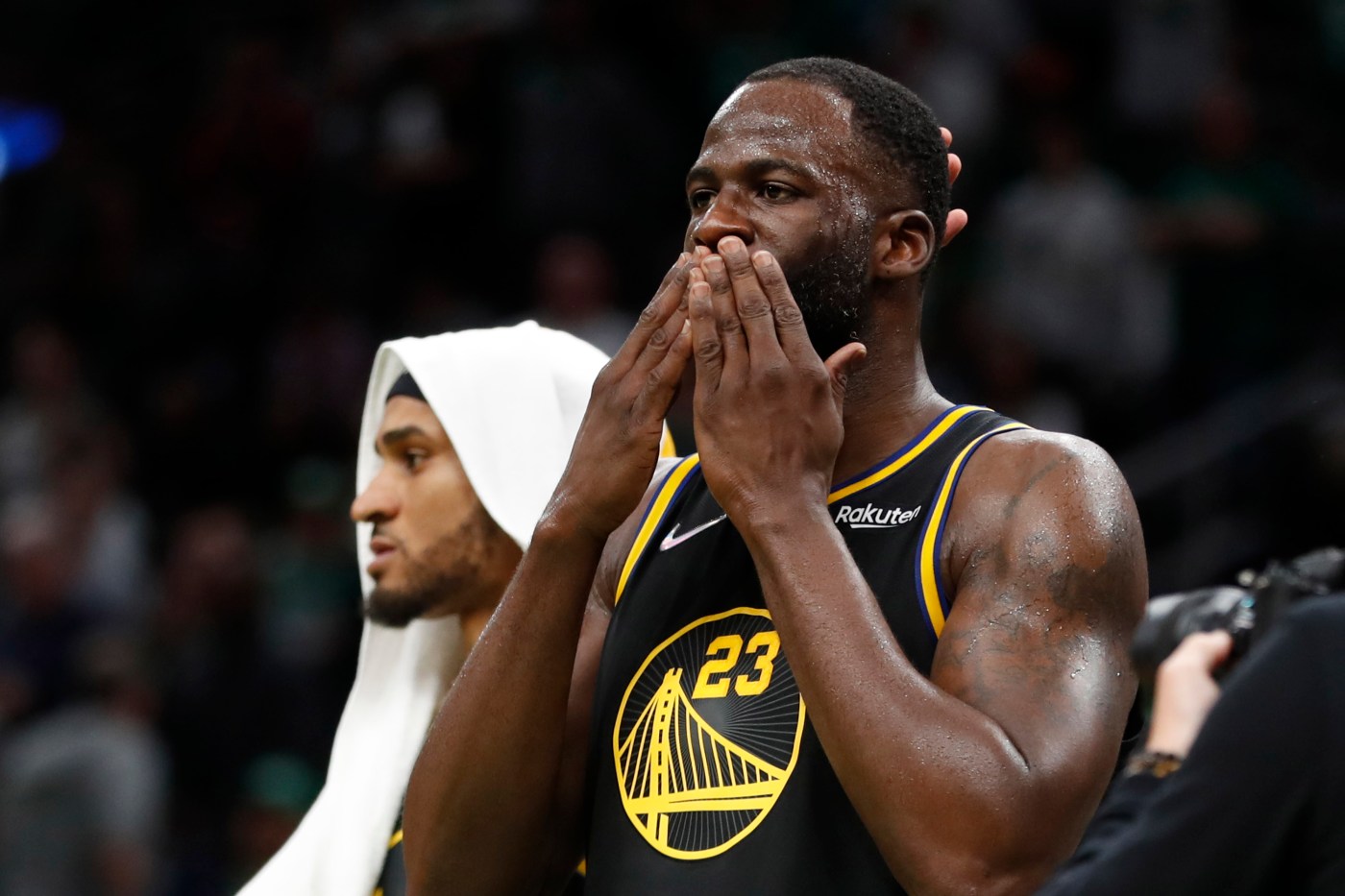 BOSTON — Steve Kerr pulled out a few tricks to help the Warriors’ escape Boston with a much-needed win. Most flew under the radar, but one was controversial.

The Warriors called timeout down four points with over seven minutes in the fourth quarter. Nearing crunch time. But Kerr didn’t ride with all three players that have played dozens of crunch-time playoff minutes together.

He pulled Draymond Green to the bench.

“I’m definitely never thrilled coming out of the game with seven minutes to go in the fourth quarter in a must-win game,” Green said. “I’m not going to sit here and act like I was thrilled. I’m a competitor.”

It wasn’t a full benching. An 11-3 Warriors run fueled by the sweet spot of Steph Curry’s 43-point gem put the Warriors up three points and let Kerr spin the revolving door. With just under four minutes left, Green subbed out for Kevon Looney. Then Jordan Poole and Green switched off defensive and offensive possessions four more times until the clock wound down to zero with Golden State’s 107-97, series-tying win in hand.

“Yeah, we took him out and put Loon in around maybe the eight-minute mark maybe, 7:40, which was our plan, anyway,” Kerr said. “But Loon was playing so well and Jordan Poole was playing so well, so we just stayed with the group.”

Green has often defined himself as a 16-game player; he’s built his legacy on closing playoff games with his defensive savvy, big stops and vision on offense. To see Green on the bench in the fourth quarter of a close Finals game was like seeing a fish out of water. But the move was logical given Green’s struggles of late.

Even Green’s mom, Mary Babers, called out Green’s offensive game in a tweet.

“Please (people) stop asking me what’s wrong with Dray,” she tweeted. “I don’t know! Maybe this is a clone!…Where is the Draymond that helped get us here!!”

Please ppl stop asking me what’s wrong with Dray… I DONT KNOW! Maybe this is a CLONE! Lmbo WHERE IS THE Draymond that helped get us here!! Hmmmm I have never seen this either!

Green has been a non-factor offensively against Boston’s athleticism and length in the paint. He had zero points in Game 4 and just two points in their Game 3 loss on Wednesday. Green had a team-high eight assists on Friday, but the moment called for optimum scoring opportunities.

“It was late in the game, last three minutes I think. So being prepared. Staying ready,” Poole said. “Good decision by the coaches. You know, we trust the decisions that they make, so being able to have the talent to do the offense-defense thing and for it to work was huge for us.”

The Warriors outscored the Celtics 18-7 while alternating Green and Poole from the bench and back. Kerr said the offense-defense pattern was something they “generally do” when “you’ve got a group that’s going well.”

Even if he understood the decision, Green couldn’t hide his discontent.

“At the end of the day, if that’s what coach decides, then you roll with it,” he said. “You know, I had to keep my head in the game and, you know, whenever I went back in, try to make some plays. That was just my mindset. You know, don’t make too much of it.

I’ve always been of the — on the bandwagon of if you’ve got something and it’s rolling, you stick with it. So it is what it is.”