Dylan Cease, left off the All-Star team, is focused on improving. ‘There’s still room to get better,’ the Chicago White Sox starter says. 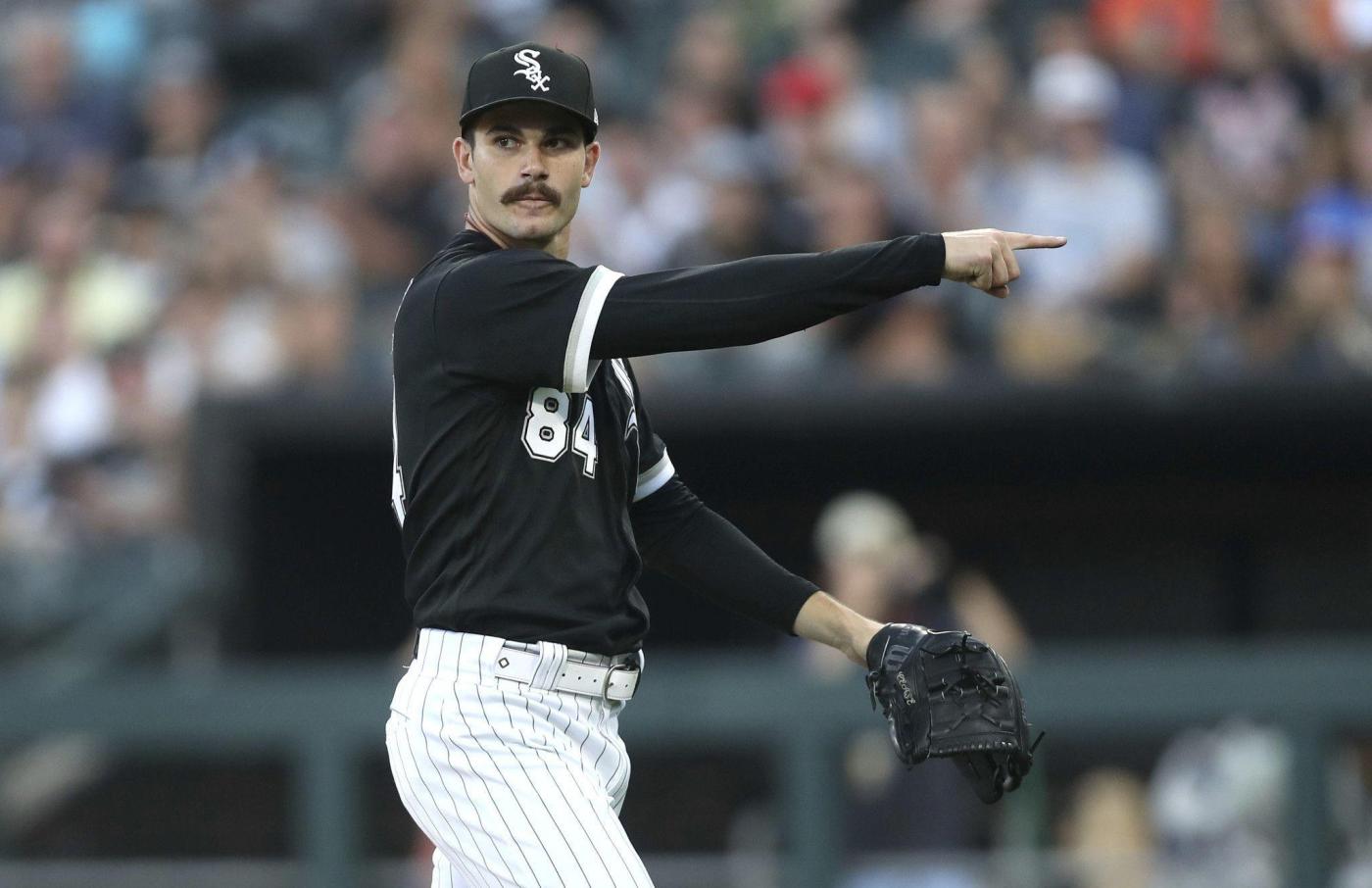 Dylan Cease ranks among the best in the American League in several pitching categories.

Despite the impressive numbers, Cease’s name did not appear Sunday afternoon when Major League Baseball announced the pitchers and reserves for this year’s All-Star Game.

“It’s disappointing, but I can’t control it so I’m just going to focus on what I can control,” Cease said before Monday’s 8-4 loss to the Cleveland Guardians at Progressive Field.

Cease will be back on the mound Tuesday in Game 2 of a split doubleheader against the Guardians. Davis Martin is slated to pitch Game 1.

The Sox had a bumpy start to their final road trip before the All-Star break as Lance Lynn gave up five runs in the first and they never dug out of the hole. Lynn allowed eight runs on nine hits in four-plus innings.

Yoán Moncada hit a three-run homer in the third and AJ Pollock had an RBI single in the fourth to get the Sox within one. But the Guardians responded with three in the fifth.

He’s 7-4 in 17 starts, and his 2.3 WAR is seventh among AL pitchers, according to Baseball Reference.

“He’s got the type of stuff that could be special,” Sox catcher Yasmani Grandal said last week at Guaranteed Rate Field. “He’s made huge strides from the first year I got here to now.”

The All-Star pitchers and reserves were selected via a combination of the player ballot — a vote by players, managers and coaches — and by MLB, according to the All-Star Game release distributed Sunday.

Cease has received support throughout baseball after his name wasn’t on the list. Former teammate Carlos Rodón told The Athletic’s Andrew Baggarly that Cease “put together a first half better than a lot of guys on that list.”

“Carlos and I are good friends, so it was cool he had my back like that,” Cease said.

A chance remains that Cease could be added as a replacement if spots become available, which often happens in the lead-up to the All-Star Game. The game is scheduled for July 19 at Dodger Stadium in Los Angeles.

“A lot of things happen within the last week, so I wouldn’t give up,” Sox manager Tony La Russa said.

Cease is concentrating on continuing to elevate his game.

“In my mind I think there’s still room to get better as always,” he said. “If I continue to focus on what I think needs to be fixed and I just continue to take care of the basics and fundamentals, it should take care of itself.”

Still, he’s glad to see some of the work he has put in paying off.

“It’s definitely more fun when you have good results, and this is definitely the most competent I’ve ever been as a pitcher, the best numbers I’ve put up, all of that,” Cease said. “It’s a little disappointing that as a team we aren’t where we want to be. That would be the most fun, good numbers and team’s doing well. But I’m pretty proud of myself and happy with a lot of the adjustments that have been made.”

Monday’s game was the first of four in three days against the Guardians. That’s followed by four in Minnesota against the first-place Twins.

The Sox fell to 41-44 with Monday’s loss, and USA Today’s Bob Nightengale wrote Sunday, “There have been a lot of whispers of unrest, cliques and the lack of player leadership inside the clubhouse tearing apart this talented team.”

La Russa said of the report: “You always wonder who the sources are, where the information came from. Not really worth much unless you know that. I think I’m closer to it than whoever the sources are. Our coaches are closer to it. But you know, when you have expectations, talked about it and they’re disappointing, there ain’t no free lunch.

“I like the veterans. And I like the way our young guys respond to their responsibilities and their willingness to step forward. It’s a terrific mix. That’s why stuff like that always is something. Put it this way: Either whoever the sources are are right or the coaches and I are wrong. So you take your pick. You watch us, you can agree wherever — it’s the beauty of this situation. Everybody has their own opinion, just like strategy. Either they’re right or we are wrong.”

“It honestly makes coming into the clubhouse and to the park a lot more enjoyable,” he said. “I consider this a pretty close-knit group, so, yeah, it’s definitely not an issue on this team.”