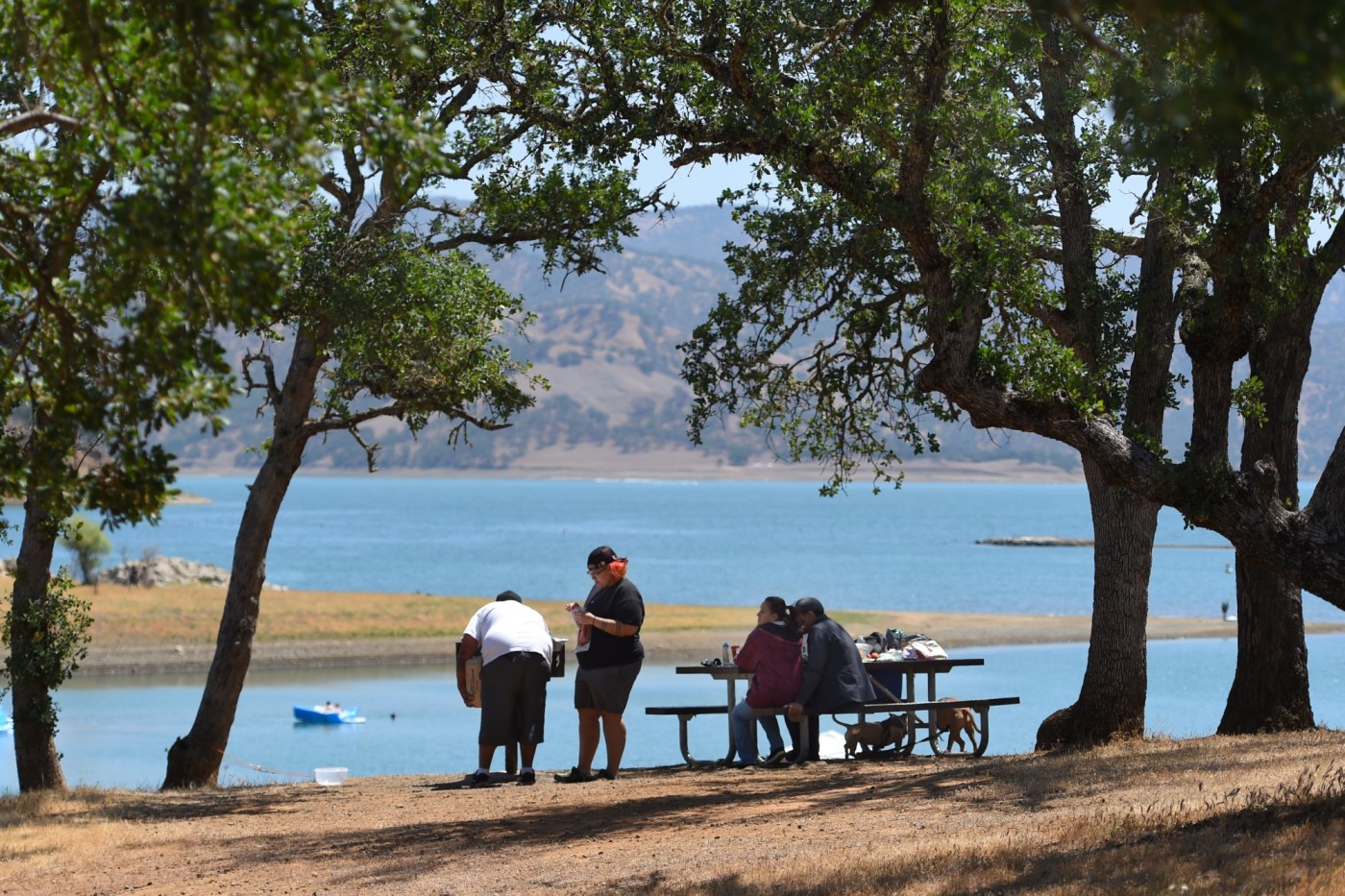 An East Bay man died of drowning Sunday while trying to rescue his son during a holiday weekend outing at a Lake Berryessa beach, authorities said.

In a statement posted to social media, the Napa County Sheriff’s Office said that deputies and first responders came to the lake’s Oak Shores day-use area shortly after 3 p.m.

Witnesses told deputies that a man had entered the water to save his young son, but was unable to return to shore.

The boy managed to survive, but deputies with the sheriff’s marine unit recovered the man’s body at 4:17 p.m.

The sheriff’s office identified the man as Marciallo Perez, 35, of San Pablo.

According to the Napa Valley Register, the body of Cordelia resident Demetrio Perriatt was recovered from Oak Shores June 27, a day after he went swimming at Oak Shores. Perriatt, who would have turned 17 on July 16, had gone to the lake with his girlfriend to celebrate her birthday.

The sheriff’s office reminded all lake visitors to wear life jackets when on boats or near water, especially over the holiday weekend.