‘A great step forward’: Emma Raducanu sends stark warning to her rivals as she prepares for the defence of her US Open title… with 19-year-old claiming that she has ‘improved’ a year on from memorable victory

By David Coverdale For The Daily Mail

Emma Raducanu has warned her rivals she is a better player now than a year ago as she prepares for the defence of her US Open title.

The 19-year-old has failed to win more than two matches in the same tournament since her shock Grand Slam win in New York as a qualifier last year.

However, Raducanu found form this week in the Western and Southern Open in Cincinnati, beating multiple Grand Slam champions Serena Williams and Victoria Azarenka, before losing to world No 8 Jessica Pegula 7-5, 6-4 in the last 16. 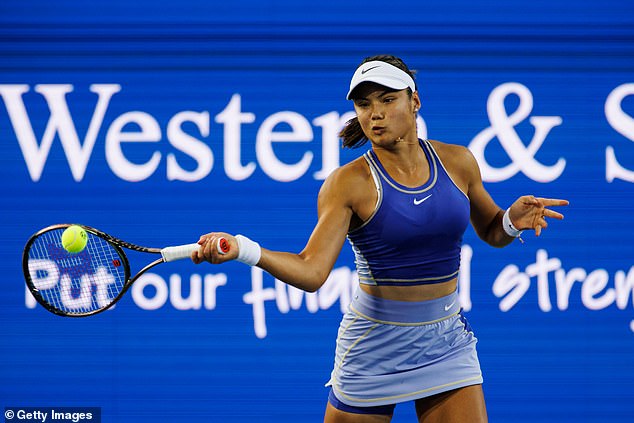 And the British No 1 says she is back playing with the same freedom which saw her stun the tennis world at Flushing Meadows last year.

‘I think I have actually improved as a player,’ said Raducanu ahead of the start of the US Open on August 29.

‘I achieved something great last year but I was just playing completely free and I am starting to do that again. 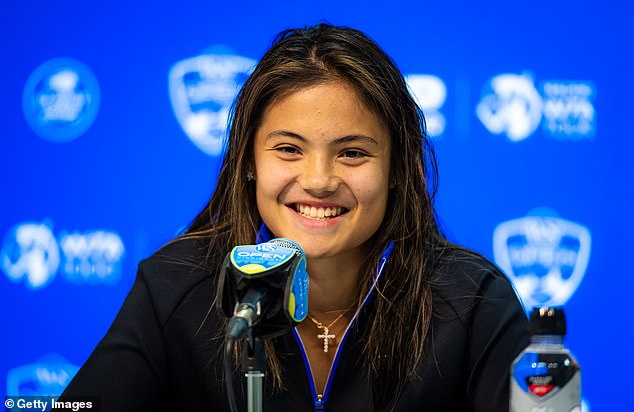 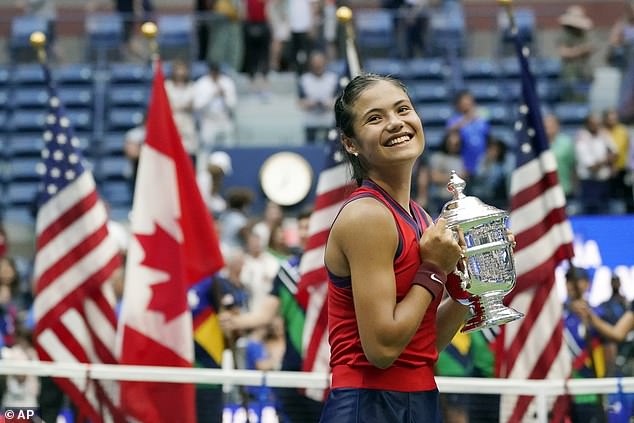 ‘I feel like I am heading in a good direction again. I’m proud of how I did this week and it’s a great step forward.’

It has been a landmark week for Raducanu, who had never even played a multiple Grand Slam champion before beating 23-time major winner Williams and then double Australian Open champion Azarenka.

‘It’s great to have the exposure to these sort of opponents,’ said Raducanu.

‘Every match at this level, I figure out what works and what doesn’t. I now feel more confident in what I’m doing.’