According to a study involving over 500,000 individuals, adding extra salt to food at the table could increase the risk of premature death from any cause.

Evaluating the overall intake of sodium is difficult as many foods have huge quantities of salt added before even reaching the table, especially in the case of processed and pre-prepared foods. Studies evaluating salt intake using urine tests often take only 1 urine test and so don’t always reflect typical eating behavior. Foods high in salt are also often accompanied by healthy potassium-rich foods such as vegetables and fruits. Potassium protects against heart disease risk as well as metabolic diseases like diabetes, while sodium increases the risk of conditions which include stroke, hypertension, and cancer.

So the researchers examined whether salt was added to foods at the table, independent of any salt added while cooking.

The addition of salt to foods at the table is an eating behavior that’s directly associated with the long-term preference of an individual for salty-tasting foods and subsequent habitual salt intake. Adding salt at the table makes up about 6 to 20% of total salt intake in the Western diet and provides a unique way to assess the connection between habitual sodium intake and the risk of death.

Data were analyzed from 501,379 individuals participating in the UK Biobank study. They completed a questionnaire when they joined the study that asked if they added salt to their foods: never/seldom,  sometimes, usually, always, or prefer not to answer. Individuals who preferred not to answer weren’t included in the analysis. The analyses were adjusted to take into account factors that could affect the results, which included diet, physical activity, alcohol intake, smoking, BMI, age, deprivation, race, sex, and medical conditions such as cancer, diabetes, and blood vessel and heart diseases. The individuals were monitored for an average of 9 years. Dying before the age of 75 years was defined as premature death.

Apart from showing that always adding salt to foods was connected to a greater risk of premature death and reduced life expectancy, it was also shown that these risks were slightly reduced in individuals consuming the highest quantities of vegetables and fruits, even though not statistically significant. 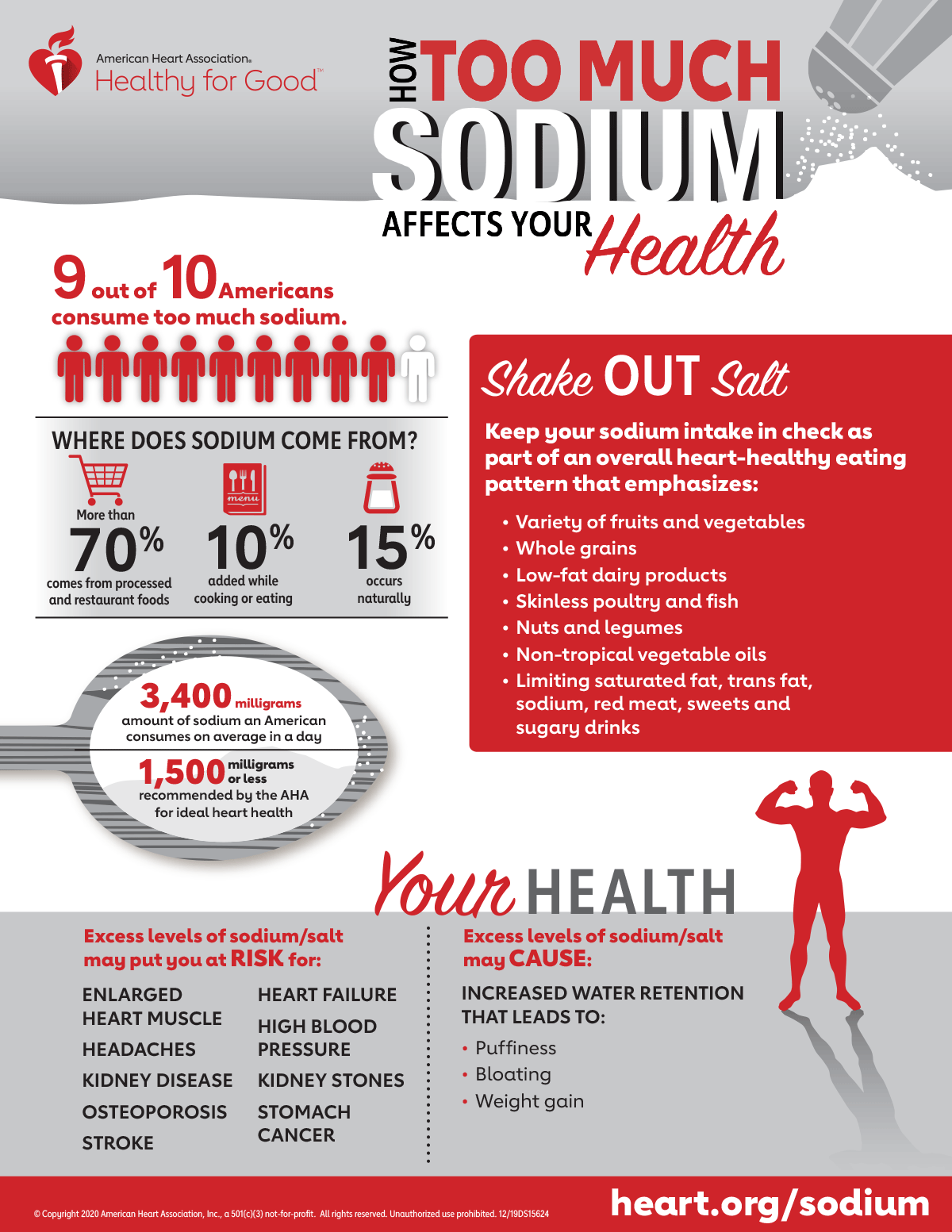