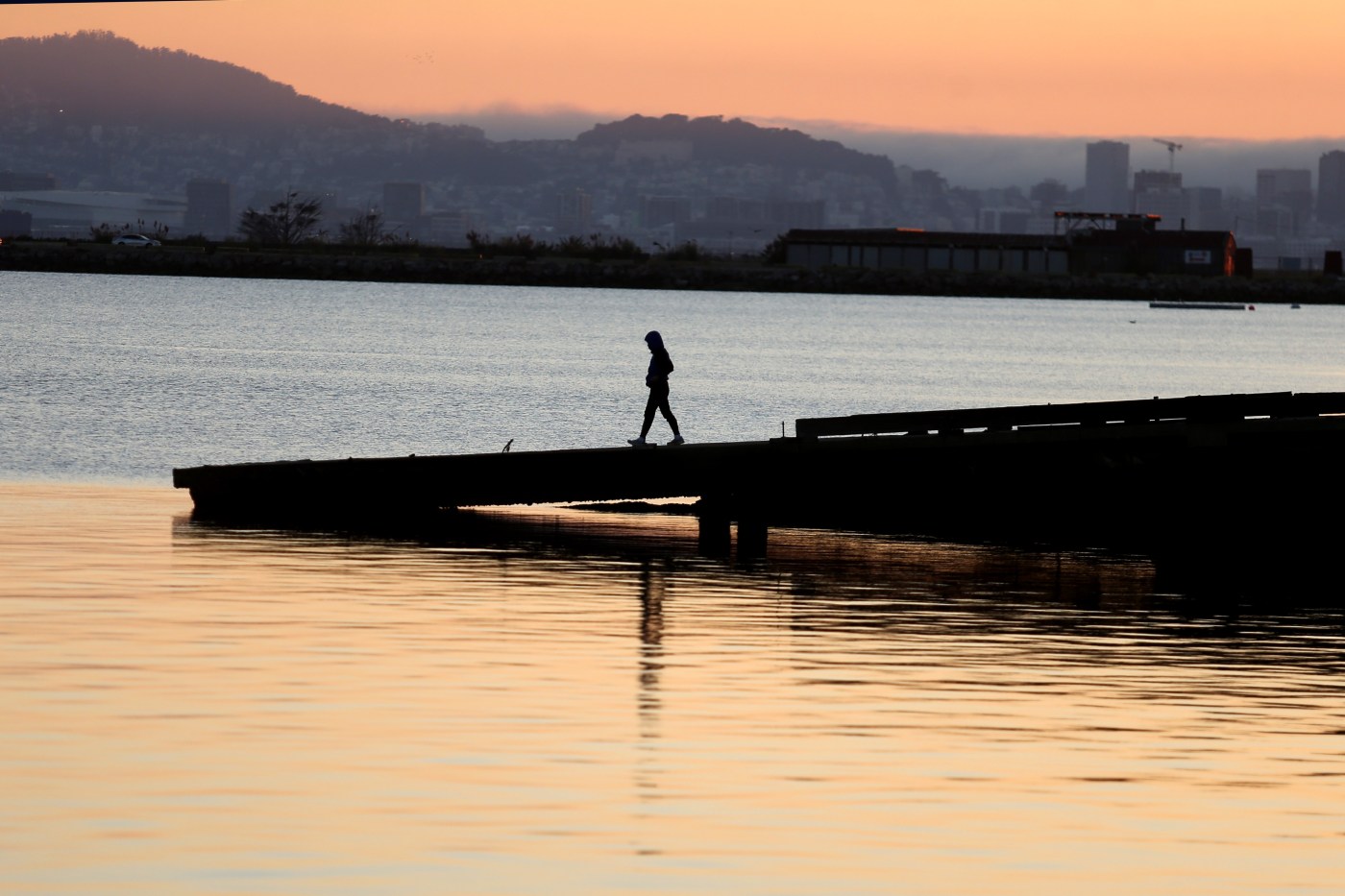 Emergency officials and power companies across the Bay Area and Northern California girded for a sweltering heat wave over the Labor Day weekend, opening cooling centers and upping firefighter staffing levels amid threats of prolonged and scorching triple-digit weather.

The first major heat wave of the year could topple all-time and monthly record high temperatures in many parts of the Central Valley, while pushing the mercury past 110 degrees across inland parts of the Bay Area — raising the risk of heat stroke and upping the threat of wildfires. Coastal flows could help keep temperatures slightly more in check along the Peninsula and the Pacific Coast, though Oakland and San Jose could still see dangerously hot temperatures over the holiday weekend.

The oppressively-hot forecast prompted Gov. Gavin Newsom to declare a state of emergency Wednesday in order to increase electrical capacity across the state to guard against rolling blackouts. State officials expected energy usage to exceed 48,000 megawatts by the end of the holiday weekend. That’s more than at any other point so far in 2022, though still below what the state had on hand Wednesday afternoon.

Still, the state’s utility regulator issued its first flex alert of the heat wave for Wednesday and Thursday, which asked residents to scale back energy usage during the late afternoon and early evening hours to keep the state’s energy system from becoming overloaded.

“This is not going to be just a one or two day heat spike, where it gets super hot and just goes away,” said Daniel Swain, a climate scientists at the University of California, Los Angeles. “The biggest problem with this heat wave is it’s going to be very long.

“It’s really just an extremely amplified, juiced up version of the kind of pattern you’d otherwise expect to see this time of year. It’s just a lot more intense.”

Temperatures should begin to climb Thursday, before jumping to 10 to 20 degrees above normal by Saturday, the National Weather Service predicted. The hottest days could be Sunday and Monday.

An excessive heat warning is in effect for 11 a.m. Saturday through 8 p.m. Tuesday for almost all of Northern California, including the inland portions of the Bay Area, the East Bay hills, the Santa Cruz Mountains, San Jose and the Eastern Santa Clara Mountains. An excessive heat watch is in effect for that same time period for San Francisco and much of the Bay Area’s Pacific coastline.

That means temperatures in east Contra Costa County could easily exceed 110 degrees, hitting 113 degrees in Brentwood and Byron by Sunday afternoon. San Jose could hit 100 degrees on Sunday and Monday, while Oakland could see temperatures in the high 80s over the weekend. Coastal flows off the Pacific should act as an air conditioner for San Francisco, keeping the city in the low 80s.

Record temperatures were most at risk across the Central Valley, including in Sacramento. Still, the entire state is expected to bake in this heat wave — meaning some parts of the state could approach the nation’s all-time daily record high for September. Death Valley could hit 124 degrees during the heat wave — just shy of the United States’ record of 126, set near the Sulton Sea in 1950, according to the National Weather Service .

It’s all due to an unusually powerful high pressure system that started in the desert southwest and has since expanded across much of the American West. The ridge of exceptionally hot air is acting like a pressure cooker — compressing air and raising temperatures.

“This is first-week-of-September weather in the Bay Area,” said Jan Null, certified consulting meteorologist with Golden Gate Weather Services. “Maybe the only unexpected part is we haven’t had a heat wave until this point this summer.”

On Wednesday, the prospect of such toasty temperatures led some holiday-weekend event organizers to adjust their plans. Big White House, a Livermore-based winery, cancelled a live music event planned for Saturday, when the city was expected to reach 106 degrees.

Additional cooling centers are planned in San Leandro, Alameda, Castro Valley, Dublin, Livermore, Richmond and Martinez. In Oakland, all libraries will be open over the weekend, and those without air-conditioning will close if temperatures exceed 87 degrees.

The heat expected to ramp up wildfire danger across the state — prompting Cal Fire to mull adding more firefighters staff. Cal Fire’s Santa Clara Unit, for example, already planned to increase staffing over the weekend for added hydration stations for its crews.

The heat wave poses one of the greatest tests for firefighters amid an unusually mild wildfire season for California. So far this year, 203,000 acres have burned across the state — less than one-tenth the 2.2 million acres that burned at this same point last year, according to Cal Fire. The average acres burned over the last five years at this point in the fire season is 1.3 million acres.

Already this week, the Bay Area received an ominous reminder of the threat that fires pose amid a historic drought gripping the state. A one-acre fire that ignited Tuesday afternoon in the Santa Cruz Mountains, for example, destroyed an unoccupied residential structure before crews could contain it — highlighting the perilous fire conditions in the area.

Still, not everyone feared the high heat.

The prospect of triple-digit temperatures left Brett Vanderburg — manager of Meadowlark Drive-Through Dairy in Pleasanton — ready for a banner weekend. Like moths to a flame, heat waves have a way of boosting business at his ice cream stand. And he’s spent the week preparing for a weekend rush.

“We’re looking forward to using it. In past years, we’d have to roll through it,” Vanderburg said.