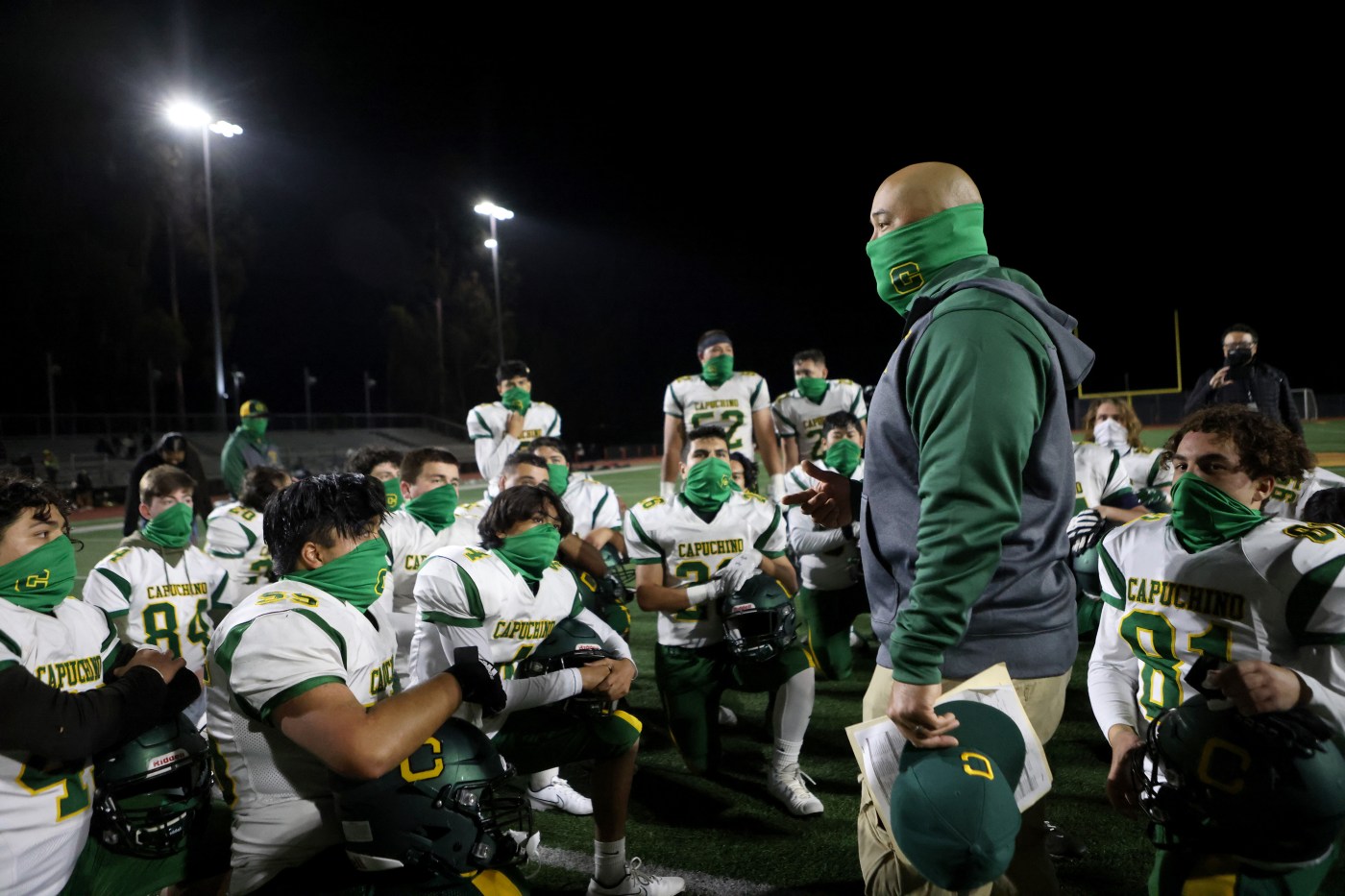 What to expect: Gone is the potent pass-catch combo of Dominic Gordon and Nathaniel Bendo, but Terra Nova should feel good knowing it has a suitable successor at one of those positions. Wideout Mason Mini was second on the team with 489 yards and first on the squad with five touchdowns last season. He is listed as a quarterback on the team’s MaxPreps roster. Senior runner Caleb Catalano has an opportunity to claim a starting spot while he waits for baseball season. Linebacker Dominic Tiasosopo is back after leading the team in tackles, and defensive tackle Frank Ward is one of the team’s better pass-rushers.

What to expect: Capuchino finished last season .500, but the league’s coaches expect the team to take a step into the upper-tier this season. Jay Oca’s team is experienced along the defensive line, where end Emilio Ramos and tackle Josef Sehorn are both expected to be senior starters. Quarterback Alton “AJ” Rich enters his senior year as the team’s starter, and sophomore pass-catcher Lucas Zayac can also play linebacker. Capuchino starts its season with a big game against Burlingame.

What to expect: The Fighting Knights have to replace a few contributors from last year, but they return the league’s 2021 player of the year Liam Smith at quarterback. But he’ll have to find new targets because 26 touchdown receptions from last season graduated. Diego Jimenez will play on both lines and will create openings for runner Makoa Ah Tou. Matt Spivack is established at safety and will have a chance to make a mark as a receiver in the wide-open WR room, as will Jackson Sierra, whom coach Parodi says “gets us aligned and flies across the field” when he lines up on defense.

What to expect: A year after being a big fish in a Lake — as in the Lake Division — San Mateo will try to swim in the Ocean. The San Mateo triple-option is in good hands, with senior Giancarlo Selvitella a three-year starter who ran for 500 yards and passed for just as many last season, while not throwing a single pick. Lining up behind him is one-time rugby player Nalesoni Fakava, who at 250 pounds is larger than most linemen. While San Mateo is a run-first, second, and often third team, it does have a weapon that may not stay secret for long. Cameron Palma is a talented sophomore who can start for a WR group that doesn’t bring back a single receiving yard from 2021.

What to expect: Carlmont struggled through a rough 2021 season, but the pieces needed for improvement are there. Like a few teams in the Ocean, the Scots return a senior quarterback in Jack Wiessinger, the team captain who also plays shortstop on the baseball team. John Hanna plays both ways and coach Rado says Hanna “diagnoses well on defense and is a good route-runner from the backfield.” Austin Li and Luca Byers-Mora play both sides of the ball and are natural pass-catchers. Keep an eye out for Nate Wong, a basketball player whom the coach says “has a great feel for the ball in the air.”

What to expect: Jefferson is probably a year away from contending, but the team has a few players who could smash that projection. With a full season under his belt, coach Portela said dual-threat quarterback Tyler Taylor also “benefited greatly from spring and summer ball.” Wideout Hector Alipio could be his main target this year, and safety Raymond Tsang should continue to improve in his second year playing the sport. Nathan Sanz and Daemian Killian were both forced to play varsity last season and should be much-improved this year as juniors.

Coming in the next two weeks

The Bay Area News Group’s high school football preview package has started to roll out. If you have not already, please subscribe.