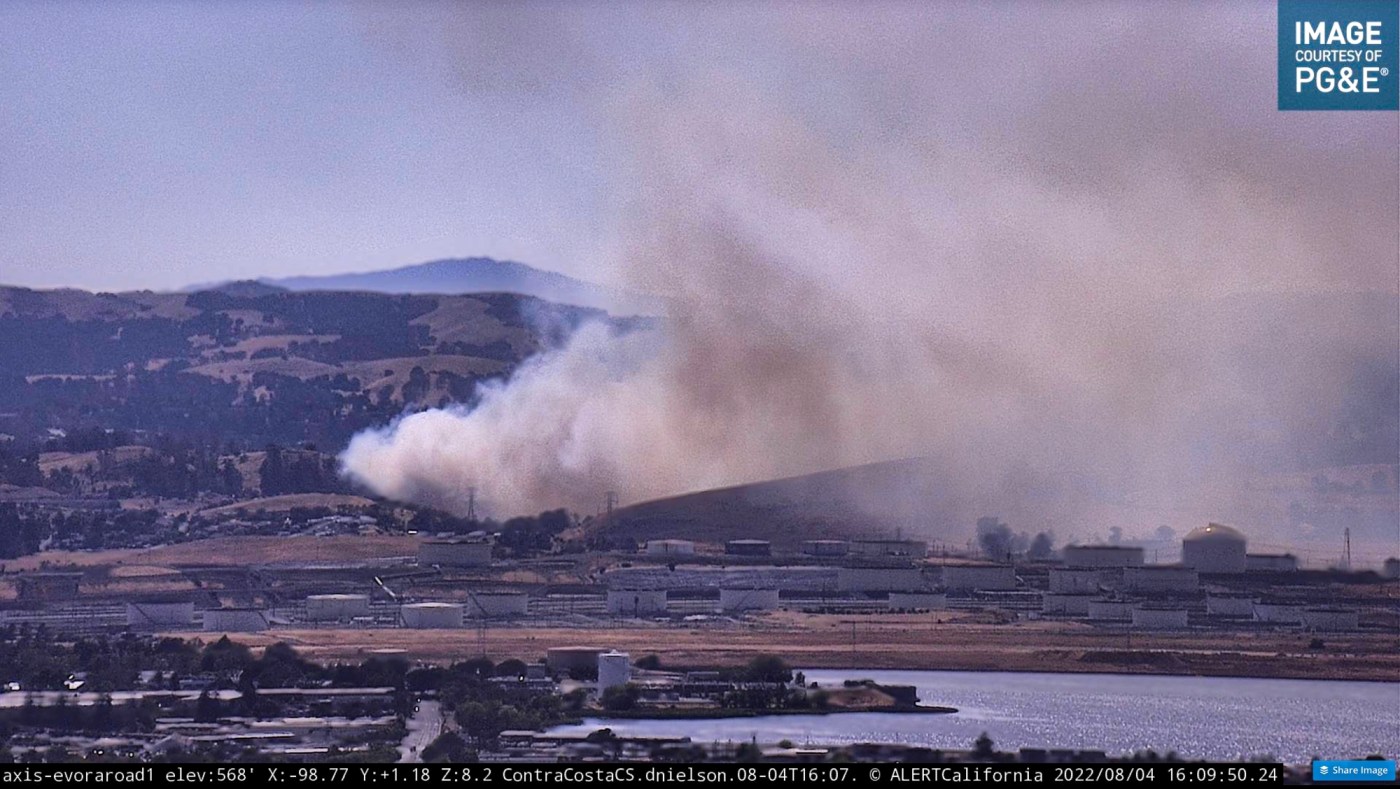 Firefighters with the Contra Costa County Fire Protection District responded to reports of the blaze shortly after 3:45 p.m. near the 4100 block of Pacheco Boulevard. They arrived aboard at least five engines to find flames spreading within nearby vegetation along a low hillside.

In social-media posts, ConFire said the Contra Costa Sheriff’s Office and Cal Fire were providing air support in battling flames, and Cal Fire estimated the fire size at 5 to 10 acres, based on first arriving units.

Although crews were working resources to protect threatened structures, there were no initial reports of injury or evacuations.

Con Fire is on scene a three alarm vegetation fire that is threatening structures in the vicinity of 4105 Pacheco Blvd, Martinez. Please avoid the area to allow firefighters unimpeded access. #pachecoic pic.twitter.com/VqoNj55HYs

Con Fire is engaged on a three alarm vegetation fire burning off of Pacheco in Martinez with air support from Cal Fire and CCSO. No evacuations at this time. If you feel threatened don’t wait, evacuate. #pachecoic pic.twitter.com/5jgNSwPbby

Units assisting @ContraCostaFire responding to a vegetation fire in Martinez. #PachecoFire in the area of 4100 Pacheco Blvd. If traveling in the area be careful of fire personnel. pic.twitter.com/jSq8q65SFS

Progress has been slowed significantly by an overwhelming response on fire burning in Martinez near Pacheco Boulevard. Structure protection has been successful and no evacuations anticipated at this time. Crews continue to put water on fire from the ground and air.#pachecoic pic.twitter.com/Bq8cx6zdmN