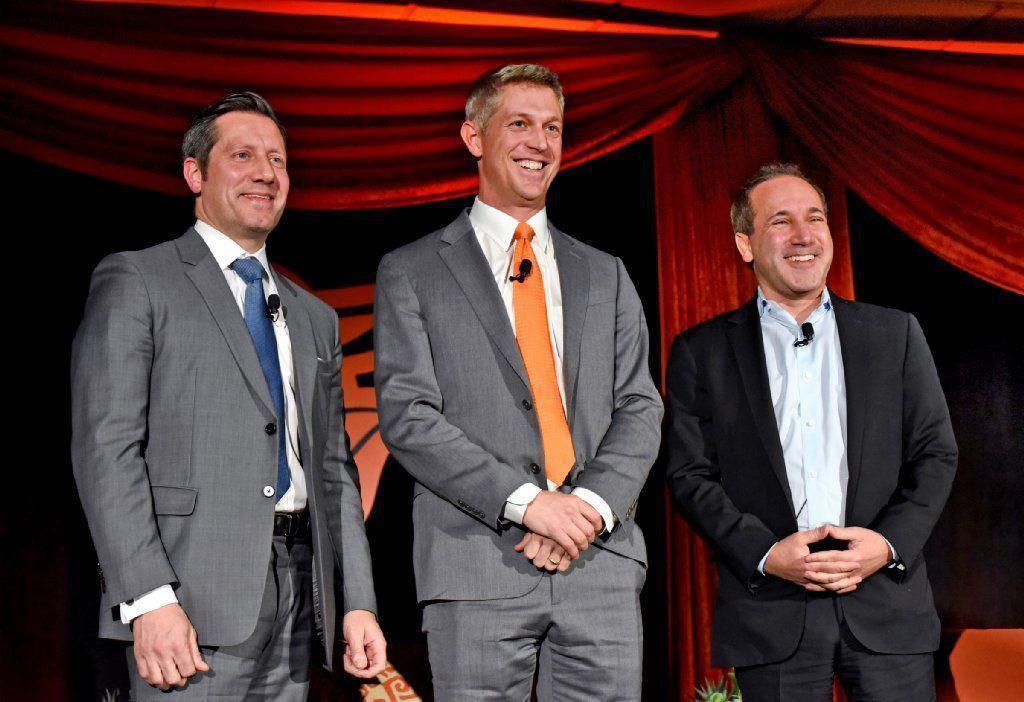 A new lawsuit filed by one of Orioles owner Peter Angelos’ sons not only makes explosive legal allegations but tells deeply personal stories about a guarded family that typically shies away from the public gaze.

Louis F. Angelos, 52, alleges in the suit filed in Baltimore County Circuit Court that his brother, John P. Angelos, 54, sought — against his father’s wishes — to wrest control and ownership of the family fortune, including the team.

In making his allegations, Louis Angelos recounts anecdotes — for example, about stormy encounters and a years-long rift between John and his father — that unleash a cloudburst of family drama.

Here are a few such scenes, with the caveat that they come from Louis Angelos’ lawsuit, and John Angelos — who did not return text messages from The Baltimore Sun — has not offered his version of the events. Nor, for that matter, has their mother, Georgia, also named as a defendant in the suit, or Peter Angelos himself.

The 92-year-old patriarch has been in deteriorating health for some five years, and the lawsuit stems from his sons fighting over control of the Orioles and the rest of the family fortune Peter Angelos made as an attorney representing workers with asbestos-related health claims.

Figuring into the family drama is Brady Anderson, the one-time Orioles centerfielder who had become the team’s vice president of baseball operations. The lawsuit says he was among the Peter Angelos loyalists who John Angelos wanted out of the picture as he brought in “yes-men completely beholden to him.”

In March 2019, John Angelos cut Anderson’s salary in half, and later that year ordered General Manager Mike Elias to fire him, according to the suit. It said that triggered a shouting match between the Angelos brothers, with Louis defending Anderson, who was one of their father’s favorite employees, and John telling him, “you better be careful, you better start thinking about your inheritance.” To which Louis responded, “you’re insane.”

The 2019 season would be Anderson’s last with the O’s.

The sons come out of the shadows

While Peter Angelos was known for being the team’s owner and a nationally prominent class-action attorney, his sons kept lower profiles.

But then in 2015, John Angelos sat in his parked car late one night typing out 21 tweets about unrest in the city following the death of Freddie Gray from injuries sustained in Baltimore Police custody.

He explained later that he wanted to address the roots of the unrest — how America had “shipped middle class and working class jobs away from Baltimore”— although he seemed abashed by the amount of attention he drew.

According to the lawsuit, John was estranged from his father at the time, the result of a fight they had in 2009.

It began with a disagreement over where the Orioles should base their spring training. Peter Angelos did not like his son’s suggestion that the team consider sites in Arizona instead of Florida, the suit said. The father wanted the site to be more accessible to fans.

John “then stormed out of the meeting to the astonishment of those present,” the suit said. “In the aftermath, he walked away from the Orioles completely. While he continued to have involvement in MASN, he would not return to the Orioles until 2017, on the eve of Mr. Angelos’ sudden illness.”

There were fraught dynamics as well between Peter’s wife, Georgia, and her sons, according to the lawsuit.

At one point she is characterized as being afraid of John’s anger, and at another she is said to have “ceased communicating with Lou and her lawyers have instructed Lou not to communicate with his mother.”

Louis Angelos’ lawsuit depicts his brother as manipulating, misleading and intimidating their mother as he worked to gain more power over the family fortune. In one instance, when Louis asks her why she puts up with “John’s abuse. She allegedly replied, “He’ll go ballistic,” holding her cell phone far from her ear to demonstrate what she feared would happen.

A musical journey from Nashville to Baltimore

Weaving through this Baltimore saga is a Nashville connection. John Angelos is listed as living there, and his wife Margaret Valentine is a Nashville songwriter who owns a music management company, Pound It Out Loud, there.

Enter Chris Jones, a North Carolina-based attorney who had represented Peter Angelos for more than a decade.

“However,” according to the lawsuit, “Mr. Angelos had grown dissatisfied with Jones’ representation and had ended the relationship.”

And, the suit goes on to claim, the family brought Jones back to help advise them on a trust for the assets of Peter Angelos but eventually “his allegiance shifted to John exclusively.” Louis Angelos’ lawsuit says John needed Jones’ “utter loyalty” to consolidate his power.

”John knew how to acquire that,” the suit says.

It goes on to describe how Margaret Valentine took Jones’ daughter, an aspiring singer whose stage name is Carter Faith, under her wing. In 2018, the then- 17-year-old girl sang the national anthem at Camden Yards, and John arranged for a subsequent performance as well, according to the lawsuit.

”The college student has had far more exposure as an artist through John and Margaret’s efforts than she could have ever achieved purely on her own talents,” the lawsuit states.

In any event, Nashville has taken notice of Carter Faith.

The law firm at issue

Beginning in 2019, John Angelos tried to “dismantle or dissolve” his father’s law offices, alleges Louis Angelos, who manages the firm.

“Given that Mr. Angelos wanted to be remembered as an effective lawyer first and foremost, and saw his role in the Orioles as ‘strictly secondary,’ John’s attacks on the law firm were a startling manifestation of his antipathy towards his father’s legacy as a lawyer,” the suit says.

It adds that John had written in October 2019 of the firm’s “unsustainability” and tried unsuccessfully to get Louis to agree to help dissolve it or have it “spun off to others.”