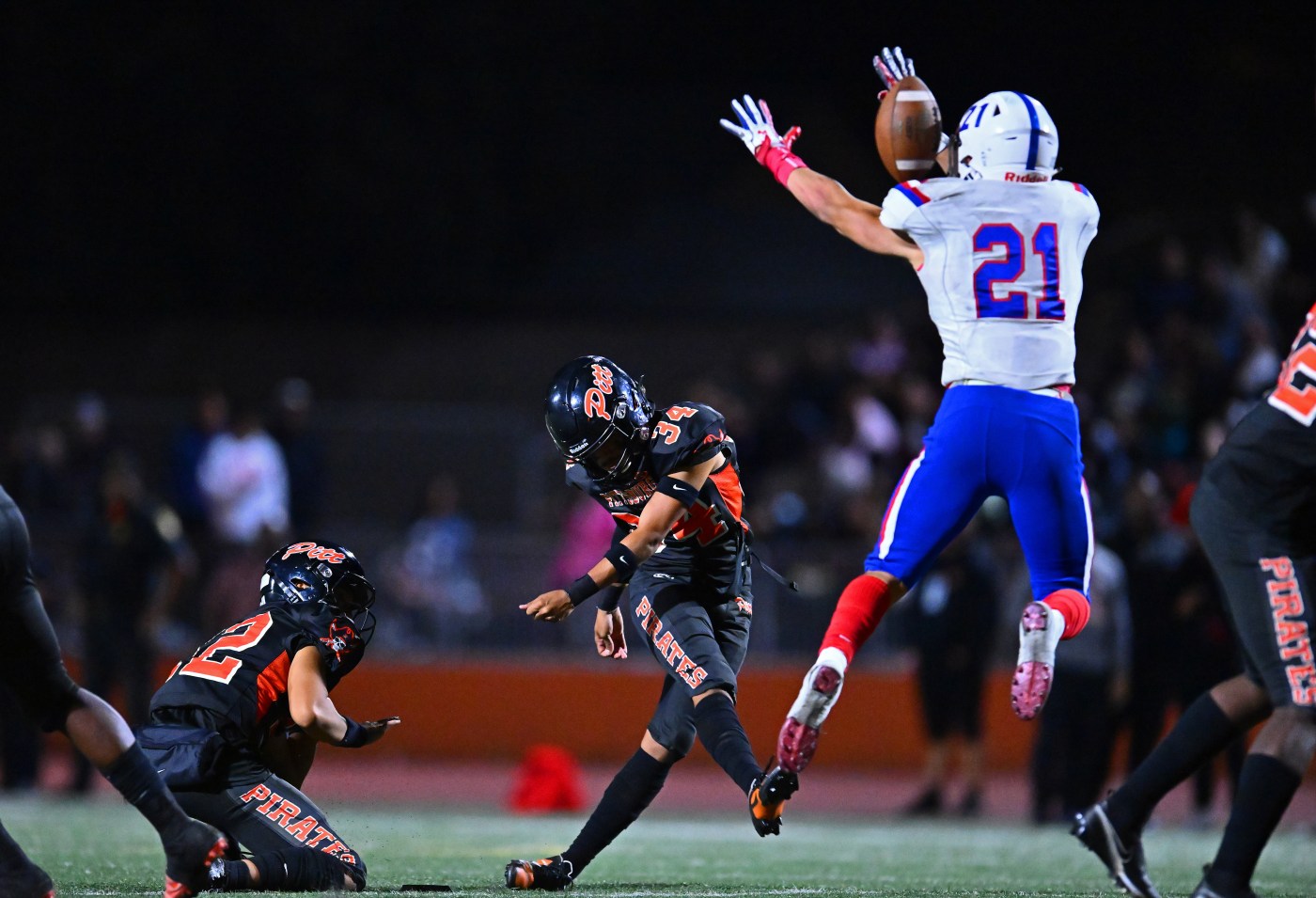 PITTSBURG – The Pittsburg Pirates, cloaked in orange smoke and twilight and enveloped by a heavily-censored version of Meek Mill’s “Dreams and Nightmares,” emerged onto the field like superstars. But instead of a glorious shootout many expected, Folsom turned the game into a hellish defensive struggle. They haunted the Pitt offense into four interceptions, two blocked kicks, and a slew of pressures in a 23-15 Folsom win.

“For the rest of the year, we need to take care of business and maybe we’ll see them again,” Pittsburg coach Vic Galli said. “They didn’t beat us, we beat ourselves. And I’ll leave it at that.”

Folsom’s hounding defense nabbed four picks off Miami commit Jaden Rashada, blocked two Pittsburg field goals, and got an uncounted number of pressures in the backfield as Pittsburg’s offense committed a multitude of penalties. Pitt wide receiver Zack Card caught seven passes for 172 yards and a touchdown. Notre Dame commit Rico Flores had 87 yards on five catches and made a slew off plays in the defensive secondary for Folsom.

Check back later for more…