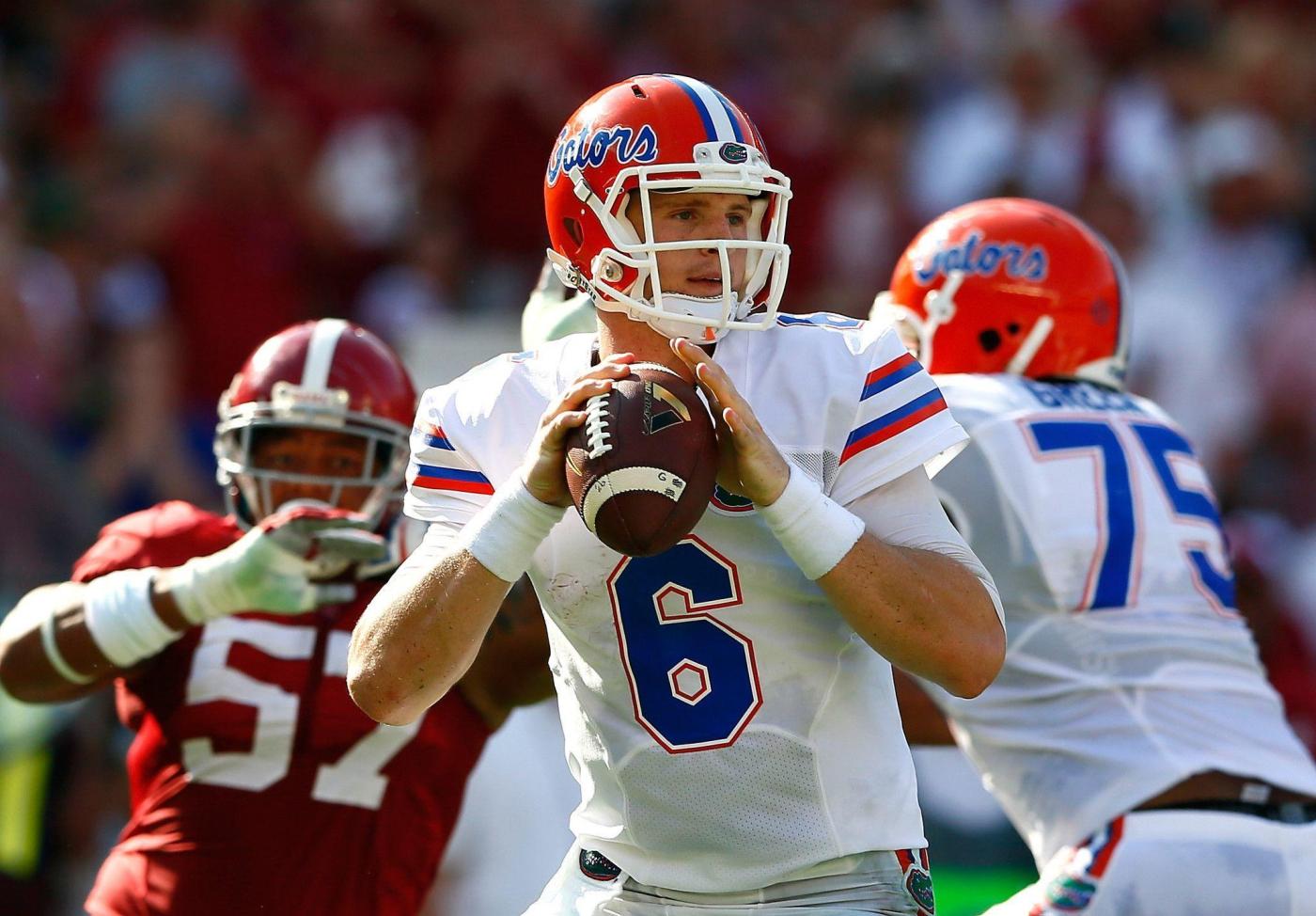 It doesn’t come as too much of a surprise to those who know Jared Bernhardt. The former Lake Brantley football and lacrosse star is driven, always one of the best athletes on the field no matter what he’s doing and he’s now a member of the NFL’s Atlanta Falcons.

For those who know Bernhardt, his latest accomplishment comes as no surprise. Skip Clayton, Lake Brantley’s first-year head coach who was an assistant under his dad George Clayton when Bernhardt was at Brantley, has followed Bernhardt’s career.

“It’s exciting, especially for us. He was one of the greatest football players in the school’s history here at Brantley, but then didn’t pursue football originally in college,” Skip Clayton said. “We always knew he was one of the best in the country, if not the world, in lacrosse, so we always understood his decision … but we were disappointed we weren’t going to get to see him play [football] any more.”

Eventually the coach would get that chance.

He was a standout quarterback for Brantley, as well as an all-American lacrosse player. The 2016 graduate made a tough decision in the fall of 2015 to follow in the footsteps of his older brothers, signing a National Letter of Intent to play lacrosse at Maryland.

It was done. Lacrosse would be his focus and he vowed to make the most of it, and did.

The choice was difficult. It was either Maryland lacrosse or Navy football.

“I’ve been playing them both a long time, football longer than lacrosse,” Bernhardt told the Sentinel back then. “I don’t really have a favorite.”

Bernhardt’s bloodline tells the story of his passion and his success. His father, Jim, who died at the age of 63 in 2019, played lacrosse and football at Hofstra, and was an adviser to Houston Texans coach Bill O’Brien in the NFL. His brothers, Jake, 26, and Jesse, 25, were successful two-sport athletes at Lake Brantley before playing lacrosse at NCAA power Maryland and then professionally.

At Maryland, given an extra year of eligibility after COVID hit, he took advantage and went on to win the 2021 Tewaaraton Award, the college lacrosse version of the Heisman Trophy.

But he wasn’t done and football opportunities still loomed. He got a chance to use a graduate transfer season at Ferris State and he led the Bulldogs as quarterback to a 14-0 record and the NCAA Division II nation championship last season.

NFL people took notice and he signed a free-agent contract with the Falcons after this past April’s NFL Draft. He was so impressive as a receiver in training camp that he made the Atlanta 53-man roster.

“When he took that extra year at Ferris last year, we were all very excited,” Clayton said. “And Jared did what Jared does. He just wins. He’s a winner, an amazing athlete. He makes special things happen. He’s just someone you want around you.

“So for him to get a chance with Atlanta, just kinda knew he was going to find a way on to their 54-man roster. He’s just that kind of guy. He’s not the fastest kid, or the tallest, or the biggest … he’s just special.”

Another notable player to make the Falcons roster was former Florida Gators quarterback Feleipe Franks. The ex-UF star made the team as a tight end, joining another former Gator Kyle Pitts on the Atlanta roster.

There were several other players not as fortunate as Bernhardt, getting released on NFL cut day.

In a bit of a surprising move, the Houston Texans released quarterback Jeff Driskel, who played at Hagerty and then Florida and Louisiana Tech. He’s has had NFL stints with the Bengals and Lions and was with the Texans last season before being cut Tuesday. He was expected to be the Texans back-up quarterback to Davis Mills. Driskel will be on he Houston practice squad.

Also hoping for better things this year out of camp was former Bishop Moore and Charlotte safety Ben DeLuca, was was released for the second straight year by the Los Angeles Chargers. He spent last season on the Chargers practice squad before being called up for the final three games.

Also missing out on final roster spots for the second straight season was RB Jacques Patrick (Timber Creek), who was released by the Bengals, and RB Dexter Williams (West Orange/Notre Dame) was cut by the Packers.

Not all rosters and practice squads have been made official. Email Chris Hays at chays@orlandosentinel.com with any discrepancies. Chris Hays cover High school, college football recruiting and the NFL, as well at the Orlando Magic.