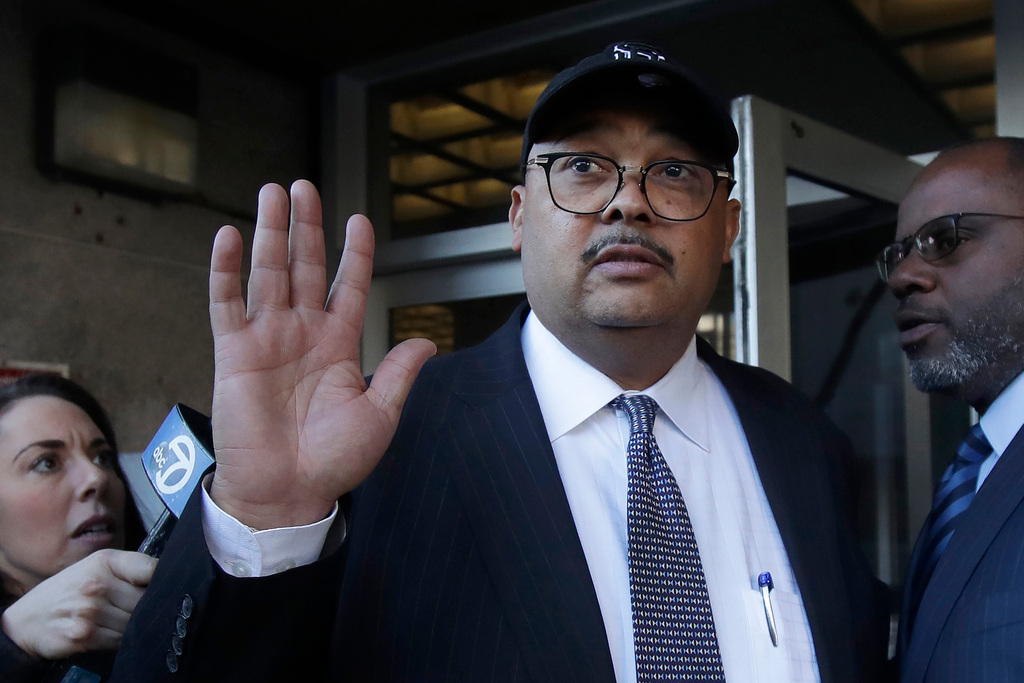 Mohammed Nuru in January pleaded guilty to what federal prosecutors described as “a staggering amount of public corruption” during his time leading the city’s Department of Public Works. Federal prosecutors said that over a 12-year period, Nuru accepted more than $1 million in money, international trips, jewelry, restaurant meals and other goods and services from city contractors and developers in exchange for preferential treatment and confidential information about city business.

“This is a tale of greed as old as time,” federal prosecutors said in a court filing requesting that Nuru, who they described as the “quintessential grifter,” serve at least nine years in prison, get three years probation upon his release and pay $35,000 in fines to deter other officials from doing the same. Nuru’s attorneys had asked for a three-year sentence, which Judge William Orrick said didn’t “come close to recognizing the gravity of this case.”

Orrick agreed with prosecutors saying it was important for the sentence to “make clear that public corruption cannot be tolerated in a democratic society. When it’s discovered, it should come at a high cost for its practitioners.”

Orrick said he considered the good things Nuru has done in life when issuing his seven-year sentence in a packed courtroom. He also sentenced Nuru to three years of probation and ordered him to pay $35,000 in fines.

Authorities said that much of the bribe money paid to Nuru went to fund his ranch in Colusa County where he planned to retire. As part of a plea agreement, Nuru forfeited the ranch that federal prosecutors called “a monument to his grifting.”

In exchange for his guilty plea on the fraud charge, prosecutors agreed to drop additional charges, including lying to the FBI and money laundering.

The sweeping City Hall corruption probe toppled prominent leaders, including Harlan Kelly, the former general manager of the San Francisco Public Utilities Commission, who is accused of receiving thousands of dollars in travel expenses, meals, jewelry and repair work on his house.

Mayor London Breed, who dated Nuru more than 20 years ago, was not charged with any crimes but admitted to receiving $5,528 for car repairs and a rental car in 2019 from him.

More than 100 family members, friends, and former colleagues sent letters of support for Nuru, who was known as Mr. Clean because of his efforts to clean San Francisco’s dirty streets, praising his dedication to his five children, who he raised as a single father, and his work for the residents of San Francisco, and describing him as kind and hard-working.

Public Works Deputy Director for Operations DiJaida Durden wrote to the judge asking for leniency for her former boss, explaining that she worked for Nuru for 19 years starting as a cement mason.

“He wanted us to take pride in how our city looks,” she wrote. “Mr. Clean certainly fit his style of working because not only did he encourage staff to take care of the city, he did it himself.”

In a four-page letter to the judge before sentencing, Nuru apologized for violating the trust of the people of San Francisco, saying his behavior left him in constant anxiety but still, he did not stop. He highlighted his health problems and asked for leniency and a second chance.

“I accept full responsibility for violating the public trust,” he wrote. “I hope and pray that the sentence will allow me to demonstrate afterward that I have learned my lesson.”

Nuru, 59, was among the first of 12 people and three corporate entities to face federal charges due to the Department of Justice’s probe into public corruption in the city and county of San Francisco. After he was arrested in January 2020, he agreed to cooperate with the investigation and not disclose his arrest but shortly after told multiple people being investigated about the probe. He then lied to the FBI about his disclosure.

Last year, a recycling plant owner was sentenced to one year and one day in federal prison after stating in a plea agreement that she plied Nuru with gifts that included a $36,500 gold Rolex watch. Florence Kong, who owned SFR Recovery Inc., was the first person to be sentenced as part of a federal probe into citywide corruption. Contractor Alan Varela, who along with two fellow businessmen gave Nuru a $40,000 tractor and accessories to do work on his ranch, was sentenced to two years in prison.