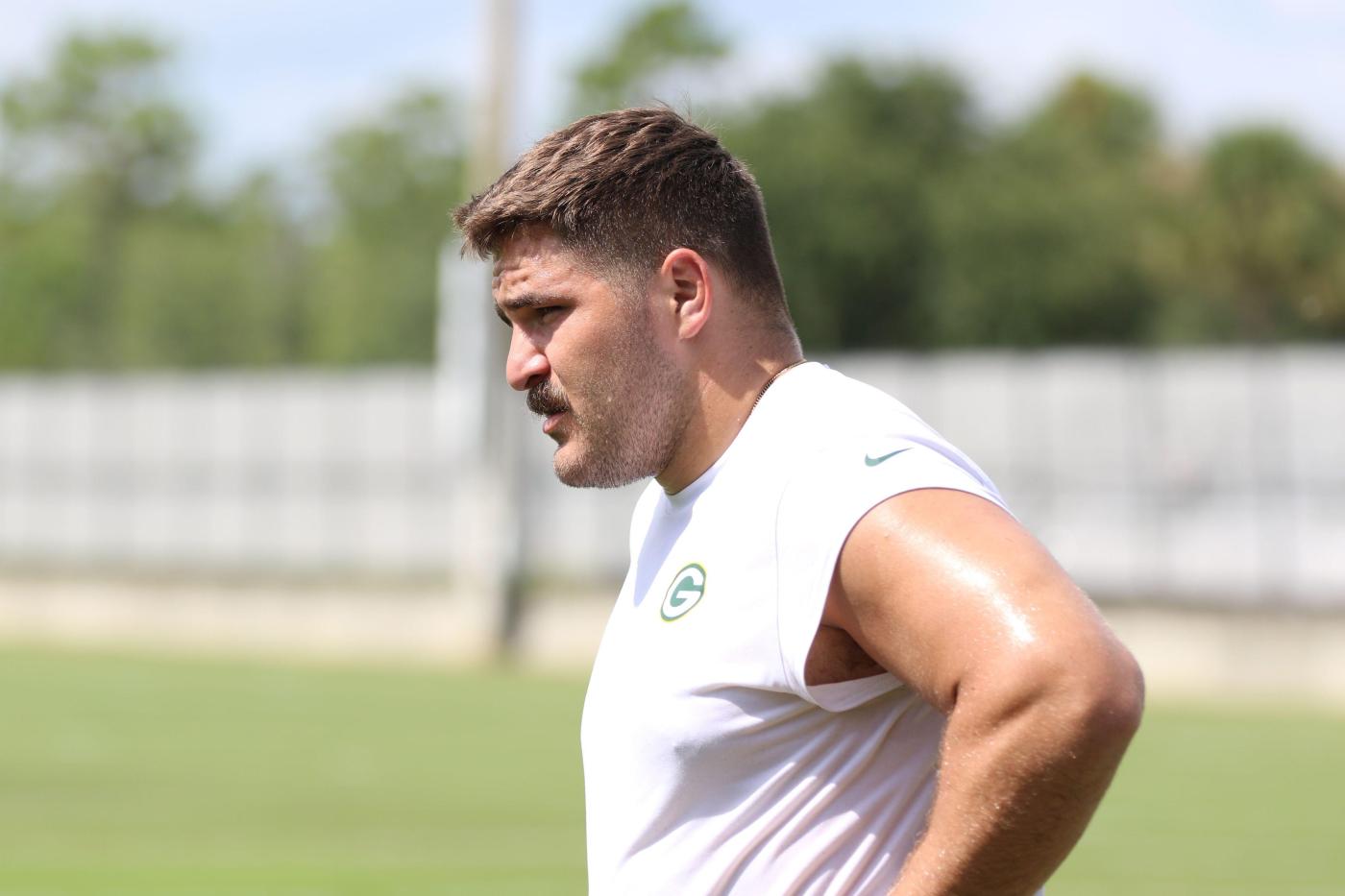 Following the conclusion of the NFL Draft in April, the former UCF offensive lineman signed as an undrafted free agent with the Green Bay Packers.

“I was with my family back home so I was surrounded by people who love me,” Schneider told the Orlando Sentinel. “It was great seeing the fruits of my labor culminating together.

“To see my parents’ faces when I told them I got the call was amazing.”

Fast forward to this week, Schneider is packing his bags to report with the rest of Green Bay’s rookie class for training camp that kicks off Friday in Wisconsin.

“I’m going with no expectations,” he said. “I’ll have a chip on my shoulder when I walk into the building and just work for whatever I can every single day.”

To prepare for camp, Schneider has been working out at a familiar spot: the UCF football facilities. He’s grateful to train at his old stomping grounds.

“My body feels great,” the 6-foot-3, 309-pound lineman said. “It feels better than it has in a long time. I’m really happy about that.

“It’s very exciting knowing how my body feels going into training camp, being able to prove myself, see where I stand with everyone else and make a statement.”

Schneider has taken advantage of working out with current NFL players such as Watkins, who is entering Year 10 in the league. The two will be teammates in Green Bay.

“He’s a very knowledgeable guy,” Schneider said. “He has that character about him where if you follow him, he’s going to lead you in the right direction. I’m looking forward to working with him more.”

Schneider is aware of the history UCF offensive linemen have in Green Bay. Josh Sitton, who was at UCF from 2004-07, became a key member of the organization from 2008-15, winning a Super Bowl during the 2010 season.

Former UCF offensive lineman Justin McCray, who spent two years in Green Bay and is now in Houston, messaged Schneider after hearing he signed with the Packers.

“He said, ‘Let me know if you ever need anything.’ It’s nice having that support,” Schneider said. “Just being able to follow in the steps of great guys and great players, I’m excited. Hopefully, I can also make a name for myself in Green Bay.”

Schneider, of course, is focused on just making the roster first.

“It’s stuff I’ve dreamed about all my life and it’s right here in front of me,” he said. “I want to have fun with it but at the same time, I want to make it my job.”