The son of a tennis club janitor who fled civil war in Africa, Frances Tiafoe might just be about to live the American dream.

The 24-year-old from Maryland is into the quarter-finals of the US Open, which is guaranteed to have a first-time male Grand Slam winner come Sunday night.

Tiafoe could be that man, after knocking out Rafael Nadal to set up a meeting in the last eight with Russian Andrey Rublev, conqueror of Cam Norrie. 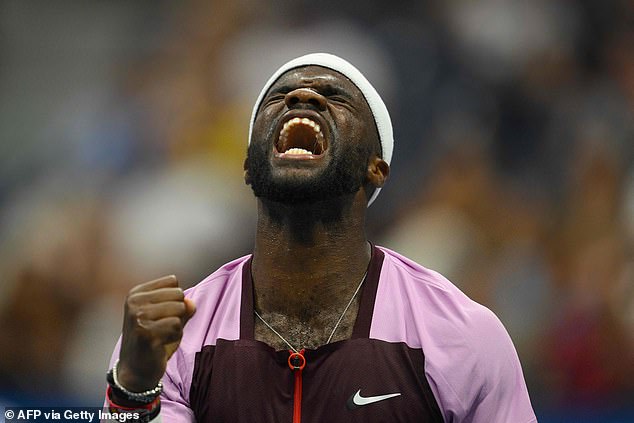 The American enjoyed an outstanding junior career after growing up and living at a tennis club, where his father secured a job looking after its upkeep. He recounted his background and how much extra meaning it invested in him beating one of the greatest players ever.

‘I’m a son of immigrants, both parents grew up in Sierra Leone, came to the States early Nineties,’ said Tiafoe. ‘They met here, had me and my twin brother. My dad being a maintenance worker at a club, my mum being a nurse, working two jobs.

‘Us being around tennis was kind of getting out of our neighbourhood. Once we got into tennis, my dad was like, “It would be awesome if you guys can use this as a full scholarship to school”. I mean, we couldn’t afford a university, so use the game of tennis.’

His background tells of why elite tennis players often emerge from first-generation families who have moved to a new country from elsewhere. 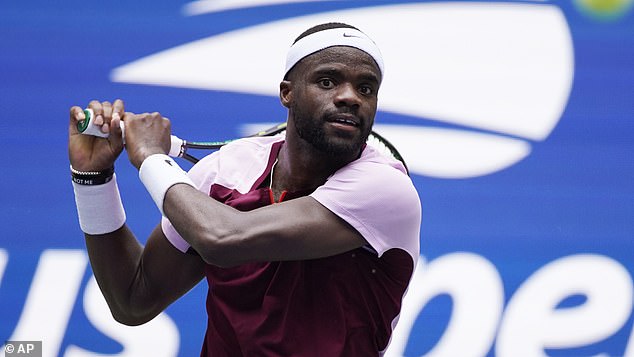 The crowning of a new Flushing Meadows champion — there will also be one in the women’s event, though French Open winner Iga Swiatek remains — will excite talk of the guard finally changing in the men’s game.

The US Open is usually the least predictable of the majors, and the most resistant to the domination of the big three. Yet with the all-time greats in their mid-30s it has to happen soon. The effect could be accelerated if Novak Djokovic remains barred from entering Australia in January.

Tiafoe, a superb athlete with quick hands, hopes to be part of the shake-up. ‘The Slams, crazy things can happen. Especially here in New York,’ he said. ‘It will be a fun ride. I don’t think it will be a big three, it will be like a big 12.

‘You see all these young guys get Rafa, Fed, Novak. Am I ever going to be able to say I beat one of them? Here I was like, I’m going to do that. So it’s something to tell the kids, the grandkids. 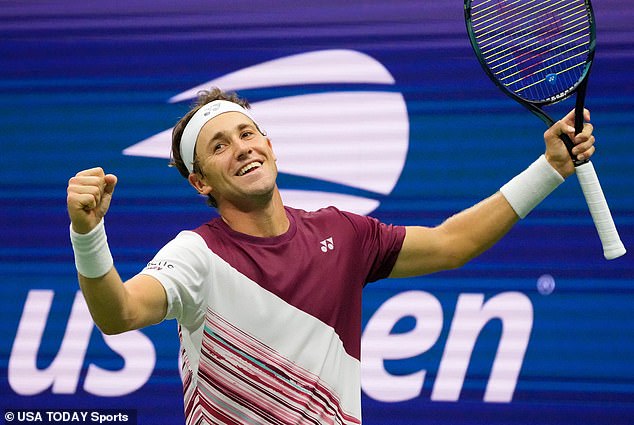 ‘It’s cool to see a new era. You’ll probably have someone who will push themselves to the top. We’ll see who that person’s going to be.’

The smart money would be on Carlos Alcaraz. Some may also go on Italy’s Jannik Sinner, who the Spaniard meets in the last eight. This week Alcaraz will be handicapped by the ludicrously late finish in the early hours of yesterday to his five-set victory over Marin Cilic. He wrapped it up at 2.24am and it was 3am by the time he had finished his media duties.

Norway’s Casper Ruud on Tuesday night made it through to the semi-finals after a 6-1, 6-4, 7-6 victory over Italy’s Matteo Berrettini. Remarkably, if he were to win the title on Sunday he would become world No 1 — despite never having previously won a tournament above 250 level.