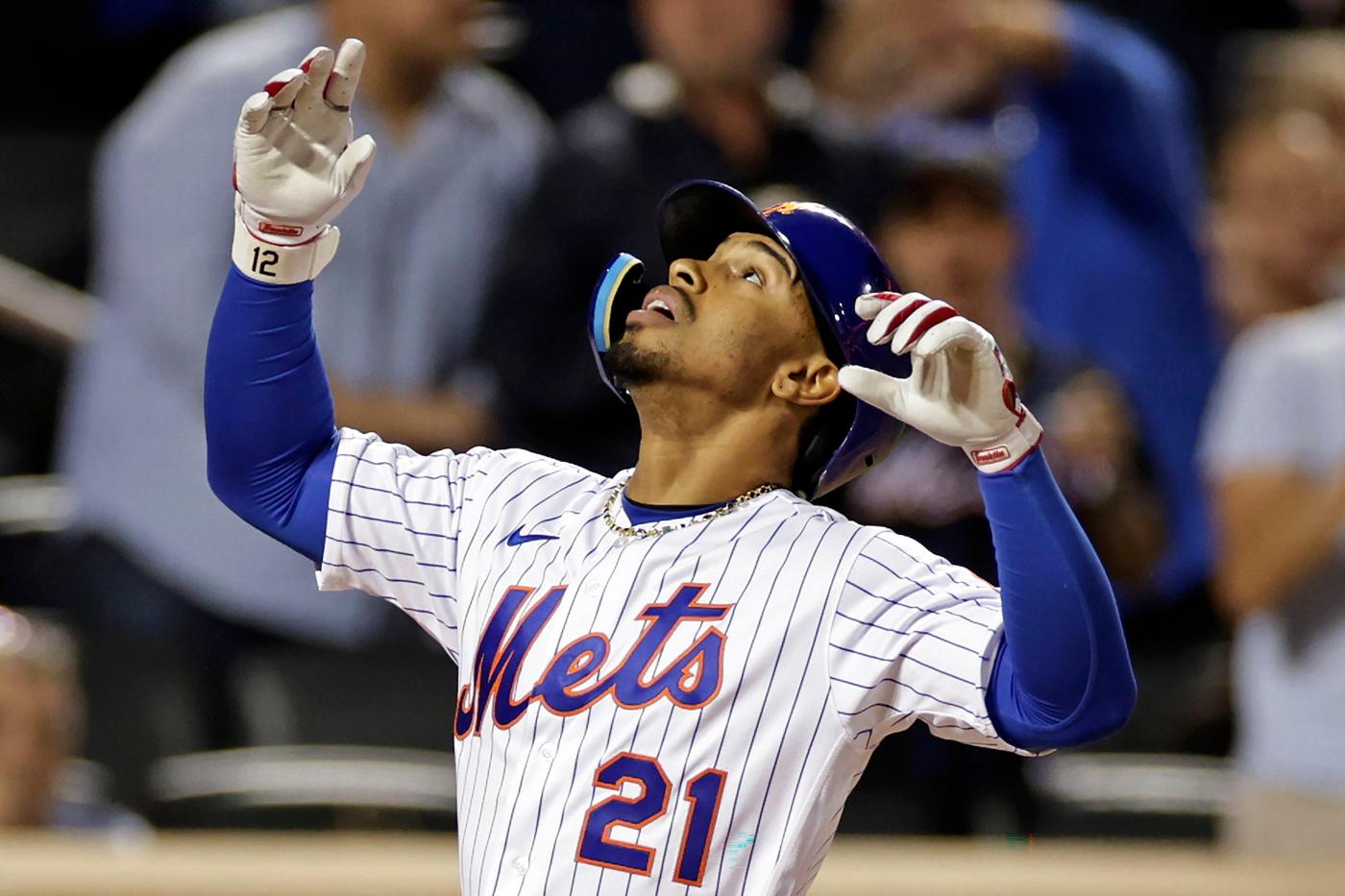 On the day where the entire sport honored Puerto Rican legend Roberto Clemente, the Mets’ Puerto Rican shortstop was one of the stars of the game.

Francisco Lindor launched his 24th home run of the year, setting the Mets’ single-season record for a shortstop and his team cruised to a 7-1 win over the team that Clemente repped for his entire 18-year career.

In beating the Pirates, the Mets shook off the cobwebs that covered their bats during their recent three-game sweep by the Cubs. Two runs in the first inning and three more in the third gave them a sizable lead and starting pitcher Carlos Carrasco guarded it well. Carrasco set a season-high in strikeouts (11) and gave the Pirates just four hits en route to his 15th win of the season.

This run of the mill, nondescript victory won’t be remembered by many after the season. But it was a necessary one. Another loss against a sub-.500 team would have been the Mets’ fourth in a row and eighth of the month. Instead, the first five hitters in the starting lineup popped off for seven hits and six RBI, adding one more of each when Mark Vientos pinch hit for five-hitter Daniel Vogelbach in the bottom of the fourth.

It’s rare to see a non-injury-related pinch hitter at that early juncture of a game, but with Pittsburgh already into their bullpen thanks to starter JT Brubaker experiencing lat muscle discomfort, lefty reliever Eric Stout sent the left-handed hitting Vogelbach to the bench. That allowed Vientos to collect his first career hit and RBI in one fell swoop. The towering infielder grounded a ball through the shift and into right field, earning a wholesome standing ovation when the dust cleared and he was standing proudly on first base.

Though Vogelbach was 2-for-2 with three RBI prior to the substitution, he and fellow DH Darin Ruf have been rancid hitters for the past three weeks. Anything the Mets can get out of Vientos is both an immediate upgrade at that position and a helpful building block for the future, when the designated hitter spot potentially opens up for the kiddo.

There’s not much to declare from this game, which is probably exactly what the Mets were hoping for. Playing solid all-around baseball for nine innings and coming away with a routine, undemanding win was precisely what the doctor ordered.

Carrasco, who was staked to a 5-1 lead after three innings, became an out-generating machine. Sensing the chance at a corrective win for his team, Carrasco retired each of the final eight hitters he faced. The large number of strikeouts elevated his pitch count a bit, but the Mets will take a starter completing six innings after David Peterson got one solitary out in his start on Wednesday.

For Carrasco, his sinister changeup proved too advanced for the Pirates’ young lineup. The 35-year-old used it as his primary pitch, throwing it 41 times. That was his most in any of his 26 starts this season and it wasn’t hard to see why he leaned on it so heavily. Of the 41 he threw, 14 resulted in a Pirate swinging right through it.

The only thing that disrupted the fans’ easygoing night at the ballpark was Pirates’ shortstop Oneil Cruz losing the handle on two different swings, twice sending his bat hurtling toward terrified onlookers. The first one landed in the first few rows of seats behind the first base dugout, while the other one harmlessly helicoptered into the protective netting.

These are not Clemente’s Pirates of yore, so there’s no reason to celebrate a victory over them, but the Mets had shown an unsettling tendency to play down to their competition recently. With Taijuan Walker getting a crack at Pittsburgh on Friday — fresh off a seven-inning, ten-strikeout, one-run game against the equally lame Marlins — and the ultra-reliable Chris Bassitt lined up for Saturday, this series very well could be the one that exorcises the early-September demons.