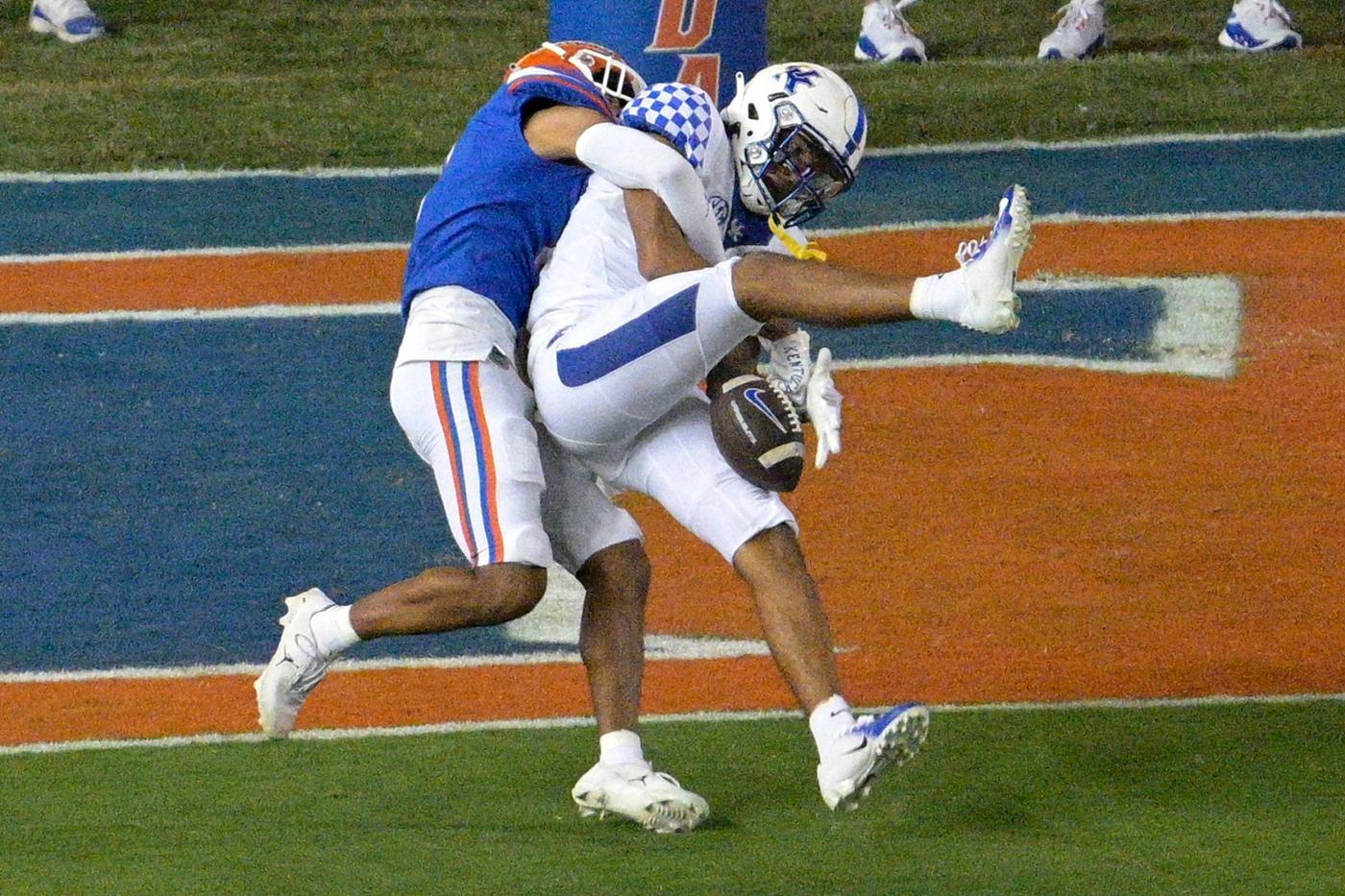 A sellout crowd at the Swamp, national TV audience and 22 NFL scouts from 15 teams were eager to see what Anthony Richardson could do for an encore Saturday night against Kentucky.

With a top 10 ranking in sight on an upset-filled day and Heisman hype building after just one week, Florida’s callow quarterback fell back to earth and the No. 12 Gators’ sudden rise fizzled during a 26-16 loss to the No. 20 Wildcats.

Richardson and Napier each shouldered the blame during the Gators’ third loss in the past five meetings with the Wildcats, losers of 31 straight in the series until a breakthrough win in 2018 in Gainesville.

“You’ve got to take a good look in the mirror,” Napier said. “That’s exactly what I’m going to do, what our staff’s going to do.”

Richardson planned to look within.

The subdued redshirt sophomore from Gainesville took total ownership for the loss.

“I didn’t do anything that would’ve helped my team.”

Richardson was jittery from the jump. He completed 1 of 4 passes on the opening, failed to record consecutive completions during the first half and finished 14 of 35 for 143 yards and 2 interceptions while rushing for just 4 yards.

A week earlier he totaled 274 yards, ran for 3 touchdowns and did not commit a turnover against No. 7 Utah.

The 2 interceptions Saturday night led to 14 Kentucky points, including a 65-yard pick-six by cornerback Keidron Smith for the go-ahead score with 3:25 to go in the third quarter and the Gators driving.

Meanwhile, quarterback Will Levis, a fellow first-round prospect, showed superior poise during his second season as Wildcats’ starter as a reported crowd of 88,993 looked on.

Levis completed his first 6 passes and finished a respectable 13 of 24 for 202 yards a touchdown and an interception while under consistent pressure from the Gators’ defense. Kentucky’s QB connected with Dane Key for a 55-yard score as the 6-foot-3 first-year freshman outmuscled Georgia transfer cornerback Jalen Kimber for the ball.

Florida 3 sacks and 7 quarterback hurries a week after failing to get Utah quarterback Cam Rising to the ground.

“A lot of good on defense,” Napier said.

Junior defensive tackle Gervon Dexter made his second career interception, off a pass deflection by Brenton Cox Jr. to set up a Gators’ score for a 16-7 lead.

But with the offense struggling, Florida’s defense wore down as Kentucky’s run game and Levis controlled the clock. The Wildcats held the ball more than nearly 18 minutes of the second half.

“We’ll learn from this experience, and we’re going to improve,” Napier said. “We’re going to go back and work. You’ve got to take ownership. Certainly as a leader, that’s exactly the plan here. We can coach better, and we can play better. That starts with me.

“We’ll go back to work and try to improve.”

This article first appeared on OrlandoSentinel.com. Email Edgar Thompson at egthompson@orlandosentinel.com or follow him on Twitter at @osgators.