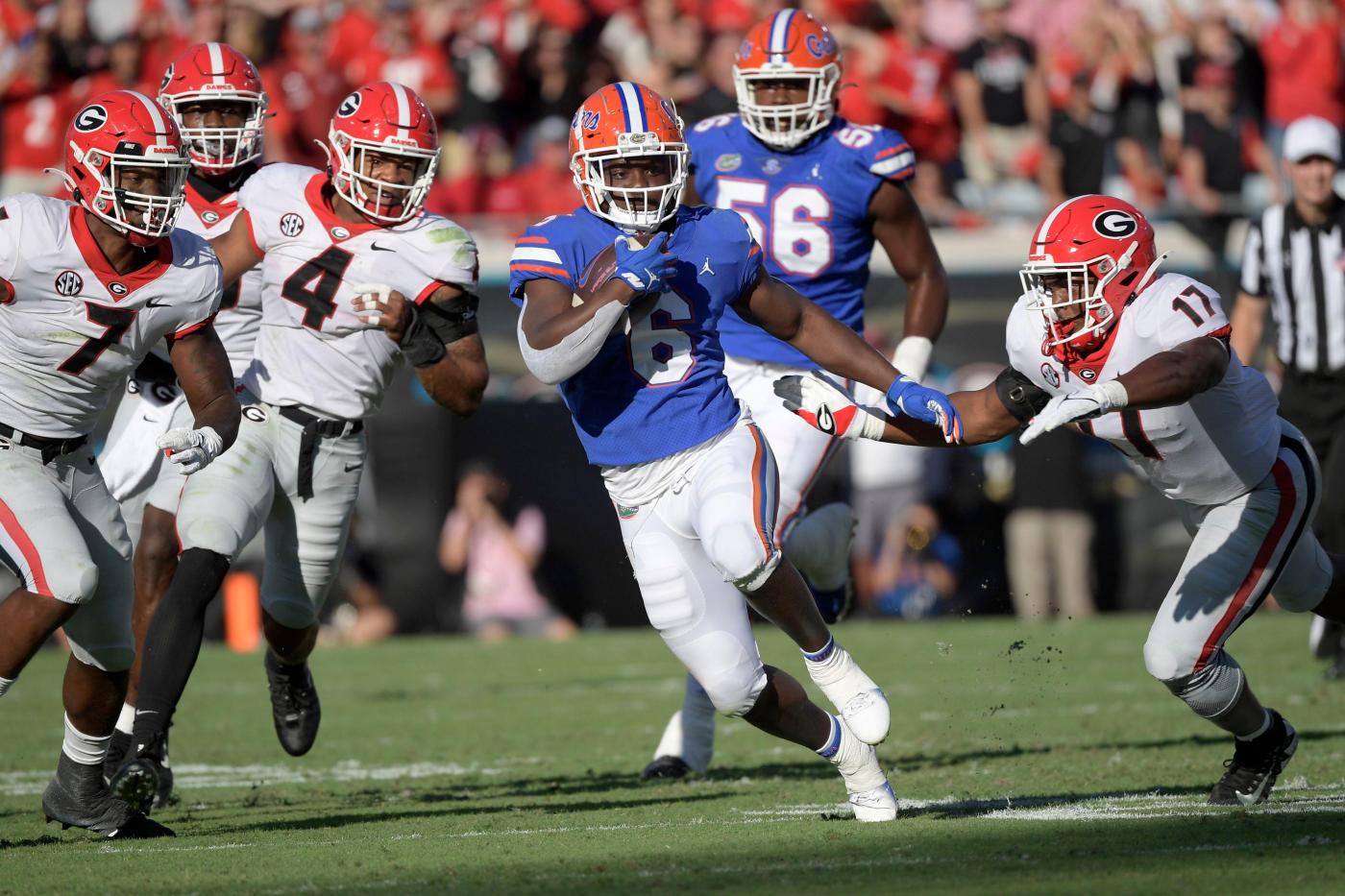 Florida Gators running back Nay’Quan Wright was one of seven SEC players named to the Doak Walker Award watchlist on Wednesday.

The 5-foot-9, 196-pound running back played in 12 games in his sophomore season and rushed for 326 yards. Wright also had a career-high 58 yards on seven attempts against Alabama.

Wright played behind running backs Malik Davis, who is now with the Dallas Cowboys, and Dameon Pierce who was taken by the Houston Texans in the fourth round of the NFL draft.

The Miami Gardens native is expected to have a more significant role under first-year Gators coach Billy Napier.

The award is given to the country’s top top running back, and Michigan State’s Kenneth Walker won it last season. UF has never had a Doak Walker Award winner.

Ten semifinalists will be revealed in November before the list is cut to three finalists, with a winner named as part of ESPN’s College Football Awards Show on Dec. 8.

Wright and starting quarterback Anthony Richardson are the only Gators to receive preseason recognition as of Wednesday. Richardson was named to the Maxwell Award watch list Monday.