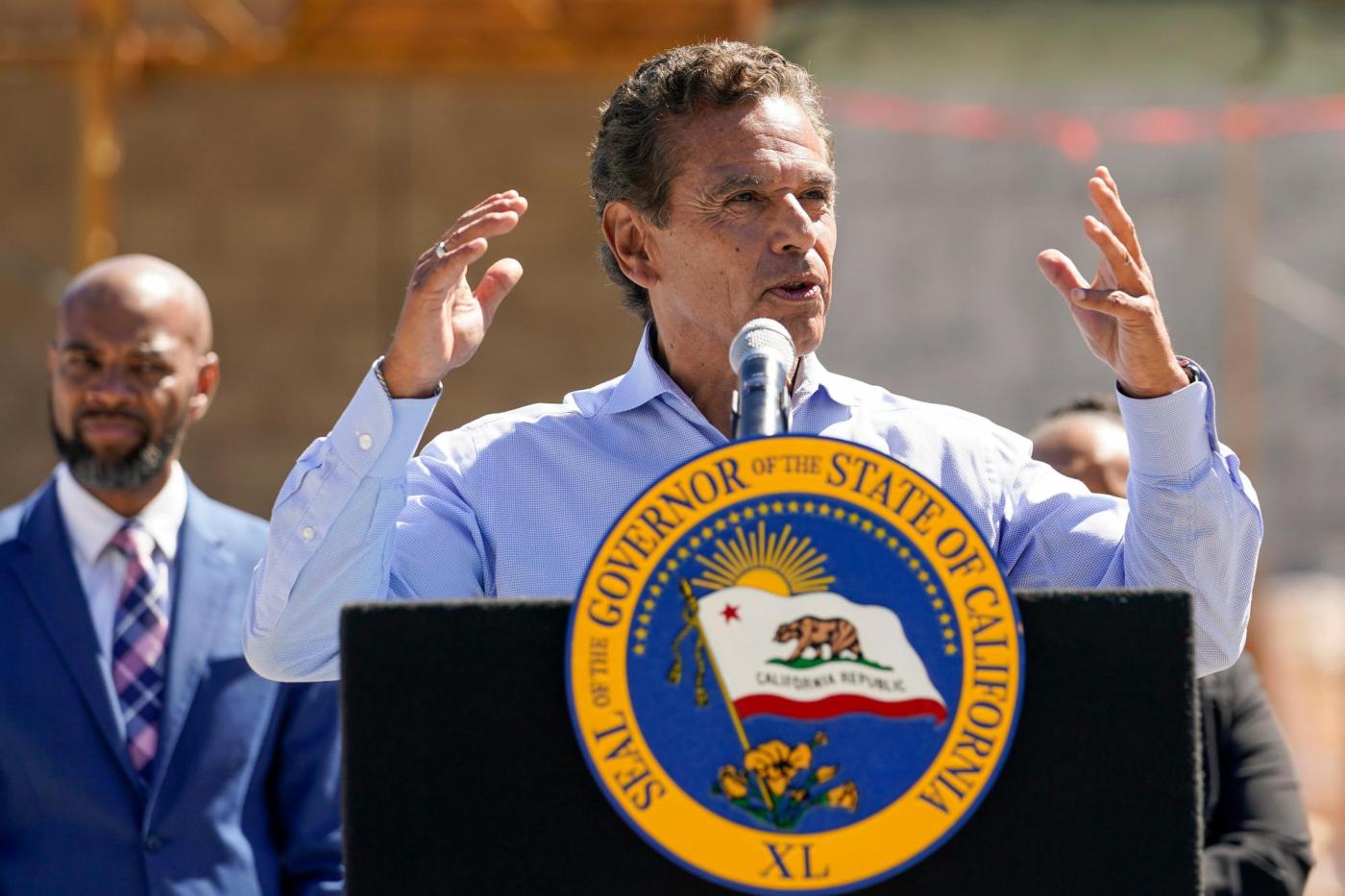 These days, the two are more friends than frenemies.

Newsom announced that Villaraigosa would assume the post of “infrastructure czar,” an advisory position in which he would be pursuing billions of federal dollars and helping pair it with needs in the state.

“Money is not our problem anymore,” the governor said, referring to a recently enacted $1 trillion federal infrastructure deal that promises to send billions for improvements to the nation’s most populous state.

California has to “go out and get it,” Newsom added, which is the charge Villaraigosa has in the new post.

Villaraigosa said: “We got to build. We got to invest. And that’s what this is all about.”

The appointment marks the latest chapter in a long-running relationship that has veered from open hostility to, now, playing for the same team.

Newsom was mayor of San Francisco when Villaraigosa was in charge of City Hall in Los Angeles, a time when each was often looking to outshine — if not rattle or embarrass — the other. The two Democrats later faced off in a 2018 primary race for governor, a contest won by Newsom that turned so nasty the two later made a public appearance together to dispel any notion of lasting enmity.

As mayor in L.A., Villaraigosa was credited with kicking off a transit buildup that continues today. Newsom said he would bring extensive know-how in capturing federal dollars and getting shovels in the ground.

Technically, Villaraigosa will not be a state employee. This position is funded through a partnership with California Forward, a nonprofit that seeks to promote job growth and cost-effective government.

During their 2018 campaign matchup, Villaraigosa depicted Newsom as a wealthy elitist, out of touch with Californians left behind by the surging economy. Newsom’s campaign ads recalled a six-figure ethics fine paid by Villaraigosa, and his time as adviser to supplements and weight loss company Herbalife, which the ads called a “pyramid scheme.”

They later sought to mend the relationship. At a news conference shortly after the election, they traded compliments and shared a lunch. Villaraigosa, a former state Assembly speaker, said it was important to “move beyond whatever differences we might have had.”

“This wasn’t personal,” he added at the time.

Villaraigosa served as L.A. mayor from 2005 to 2013. In 2021, there was speculation that Villaraigosa might become a candidate in a recall election that sought to remove Newsom from office. Villaraigosa never entered the race, and Newsom easily beat back the attempt to remove him.