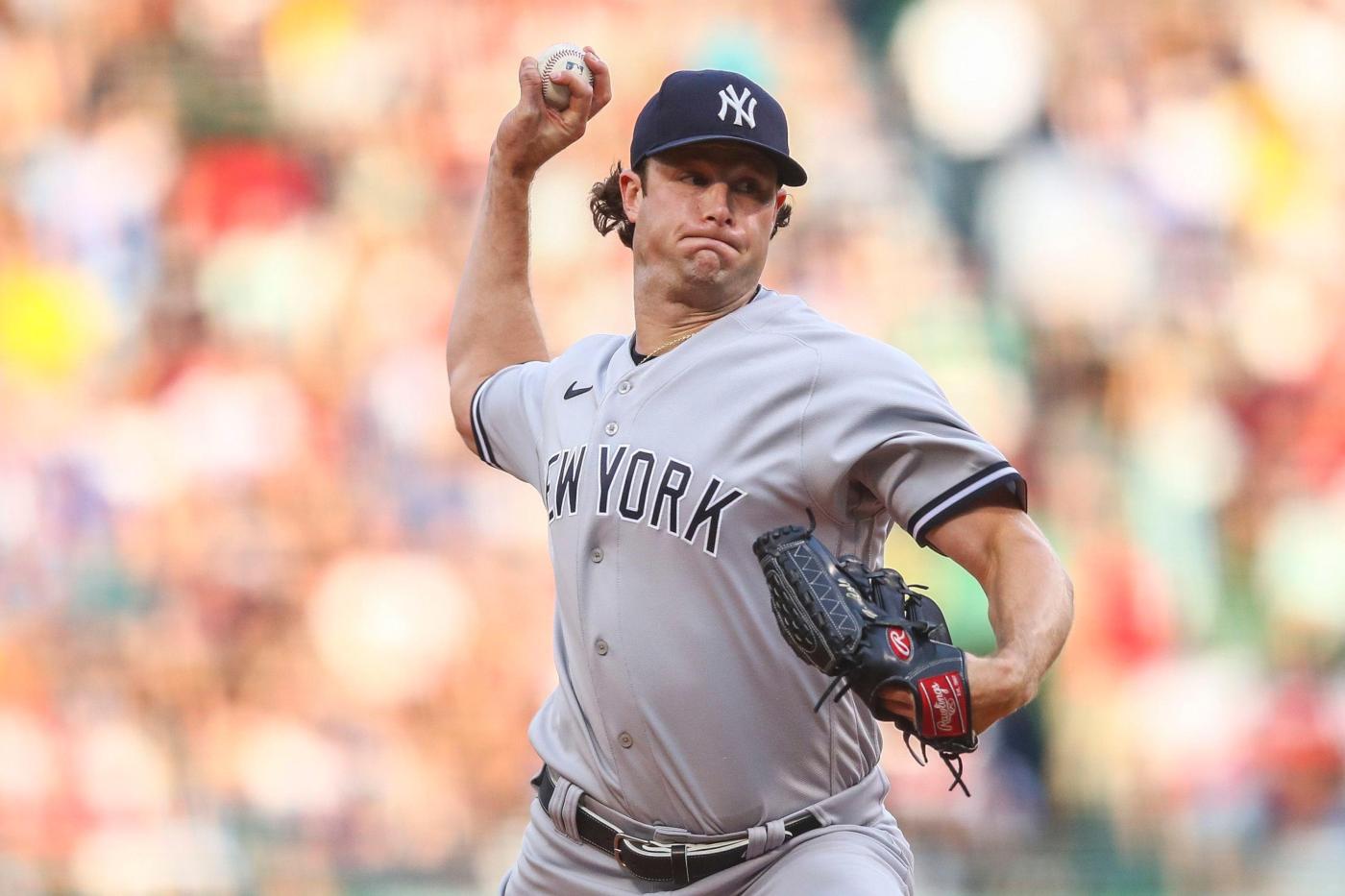 BOSTON — Gerrit Cole will have a chance to make two starts before the All-Star Break, which may make his break less interesting. The Yankees are shuffling their rotation slightly after Monday’s off day. Their ace is now scheduled to make Tuesday night’s start against the Reds, pushing Luis Severino back to Wednesday night.

That means Cole is lined up to pitch Sunday against the Red Sox, the final game of a three-game set against Boston in the Bronx before the break begins. That also means Cole is likely to be unavailable to pitch in the All-Star Game July 19 at Dodger Stadium.

“We’ll see,” Cole said. “It seems to be playing out that way.

It will be Cole’s fifth All-Star Game invite and while he was “super excited,” for the three first-times — Nestor Cortes, Clay Holmes and Jose Trevino — he still gets excited when he hears his name has been picked too.

“You never take any name of the game for granted no matter how many times you’ve been,” Cole said. “Whether is the fans voting you in and being super appreciative for that or from the pitcher’s side your peers (voting you in). Every time it’s really cool that people can from afar recognize the hard work a player when we vote each other in. So it just kind of means it’s very special and it’s a little bit different than the position players … I’m just so excited to represent the organization.”

The shuffle not only gets Cole into that series with the Red Sox, it serves to limit Severino’s workload heading into the second half. He has been excellent this season. Severino is 5-3 with a 3.11 ERA in 84 innings over 15 starts. He’s struck out 94 and has a WHIP of 1.024.

The only alarming number on Severino’s stat line right now is the 84 innings pitched. Because of a torn lat muscle in 2019 and then a torn ulnar collateral ligament requiring Tommy John surgery, the right-hander had pitched just 27.2 innings over the last three years since 2018.

The Yankees haven’t publicly named an innings limit, saying in spring training it was “fluid,” based on his Severino was feeling. Still, there have been conversations about keeping him somewhere between where Corey Kluber (who had missed almost two years with a broken arm and shoulder injury) and Jameson Taillon (coming off his second Tommy John surgery that cost him nearly two years) finished up in 2021. That would be around 120-30 innings.

The Yankees also have workload concerns about All-Star lefty Nestor Cortes, who has never pitched more than 93 innings in the big leagues in a season.

So the Yankees will do more of the rotation reshuffling as the season goes on. They feel they are well prepared for the crunch and the traditional mid-summer slog of pitchers because of their depth. They have Clarke Schmidt stretching out in Triple-A and JP Sears has been excellent in his spot starts this season.

They also have Domingo German coming off the injured list sometime soon. The right-hander spent the first half of the season rehabbing from right shoulder “impingement syndrome,” but coming off his last rehab start, Aaron Boone said that he could be activated before the break.

While German seems headed for the bullpen, a spot he said Sunday he is comfortable working out of, he was a reliable starter back in 2019 before he got suspended under the joint MLB/MLBPA domestic violence policy. He went 18-4 that season with a 4.03 ERA in 22 appearances, including 18 starts.

German could be key to managing Severino and Cortes’ innings. Before he was suspended in 2019, the Yankees were moving him to the bullpen where he was going to “piggyback,” with CC Sabathia to keep the veteran lefty’s workload under control. Severino would be lined up to pitch on Wednesday, which means he could come in and be the bulk man after Severino exits.