Giancarlo Stanton back in the starting lineup, DHing and hitting 2nd – The Mercury News 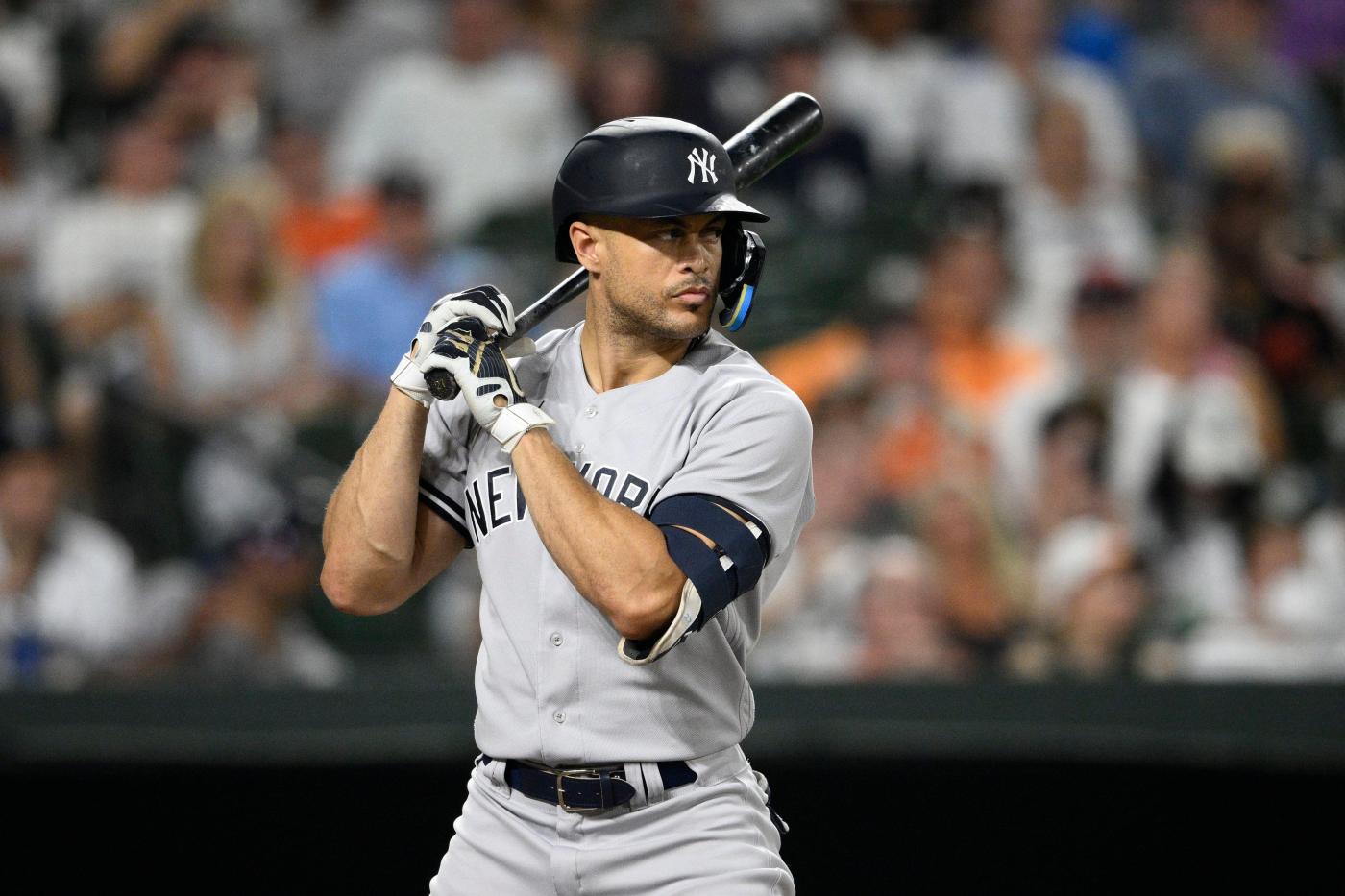 The bruised and battered Yankees have help on the way. While the Bombers now find themselves in a real battle with the Rays for the American League East, reinforcements are gearing up with returns in sight.

After making two appearances as a pinch-hitter, Giancarlo Stanton returned to the Yankees lineup on Saturday. Manager Aaron Boone said he received a text from the 32-year-old slugger that he was “ready to go.”

Stanton hasn’t been in the starting lineup since Sept. 5 when he was removed from the game after he came out after an awkward looking swing. An Achilles injury had sidelined him from July 23 until Aug. 25.

Stanton will DH and bat second behind Aaron Judge looking to offer him protection in the order.

RIZZO BACK AT STADIUM

Anthony Rizzo made his return to Yankee Stadium after experiencing headaches from an epidural to treat back issues that caused him to be on bed rest.

”He’s coming in today,” said Boone. “He had a blood patch yesterday which was deemed as a success and sounds very good. Immediately they had him moving around walking and I think it freed him up.”

Boone added that Rizzo will not be participating in any baseball activities on Saturday. He will mostly be moving around, in general, to get him back on his feet. If all goes well Saturday, Rizzo may begin to ramp up Sunday.

SEVERINO WILL THROW ANOTHER REHAB

Luis Severino will throw another rehab game on Thursday.

The right-hander has been rehabbing his strained right lat and has not appeared in a game since July 13.

”It’s a little tricky, talked a lot about bringing him now,” Boone said. “The off days kind of throw a wrinkle in that. He’s going to throw Thursday with the idea that we’ll get him back Wednesday in the Pittsburgh series.”

With Severino due to return on Sept. 21 — if all goes well — that would leave just two and a half weeks of regular season baseball to get him ready for the postseason.

Aroldis Chapman, Miguel Castro, Zack Britton and Harrison Bader will all be in Somerset Patriots uniforms on Sunday.

Chapman will make a “couple” of appearances in the minors as he rehabs from an infected tattoo. The Yanks will evaluate Chapman after his appearances. Bader will DH for the Somerset Patriots. The Gold Glove center fielder has yet to appear in a game for the Yankees after he was acquired from the St. Louis Cardinals. Bader said before Saturday’s game that there is still discomfort with his plantar fasciitis, however, he feels he is in a position where it can’t get worse.

Scott Effross threw a bullpen on Saturday. The relief pitcher was placed on the IL on Aug 22. with a shoulder strain. The plan is for Effross to throw another bullpen on Tuesday in Boston before ramping up further to return for the Yankees’ next homestand. The 28-year-old owns a 3.24 ERA in 8 appearances with the Yankees.