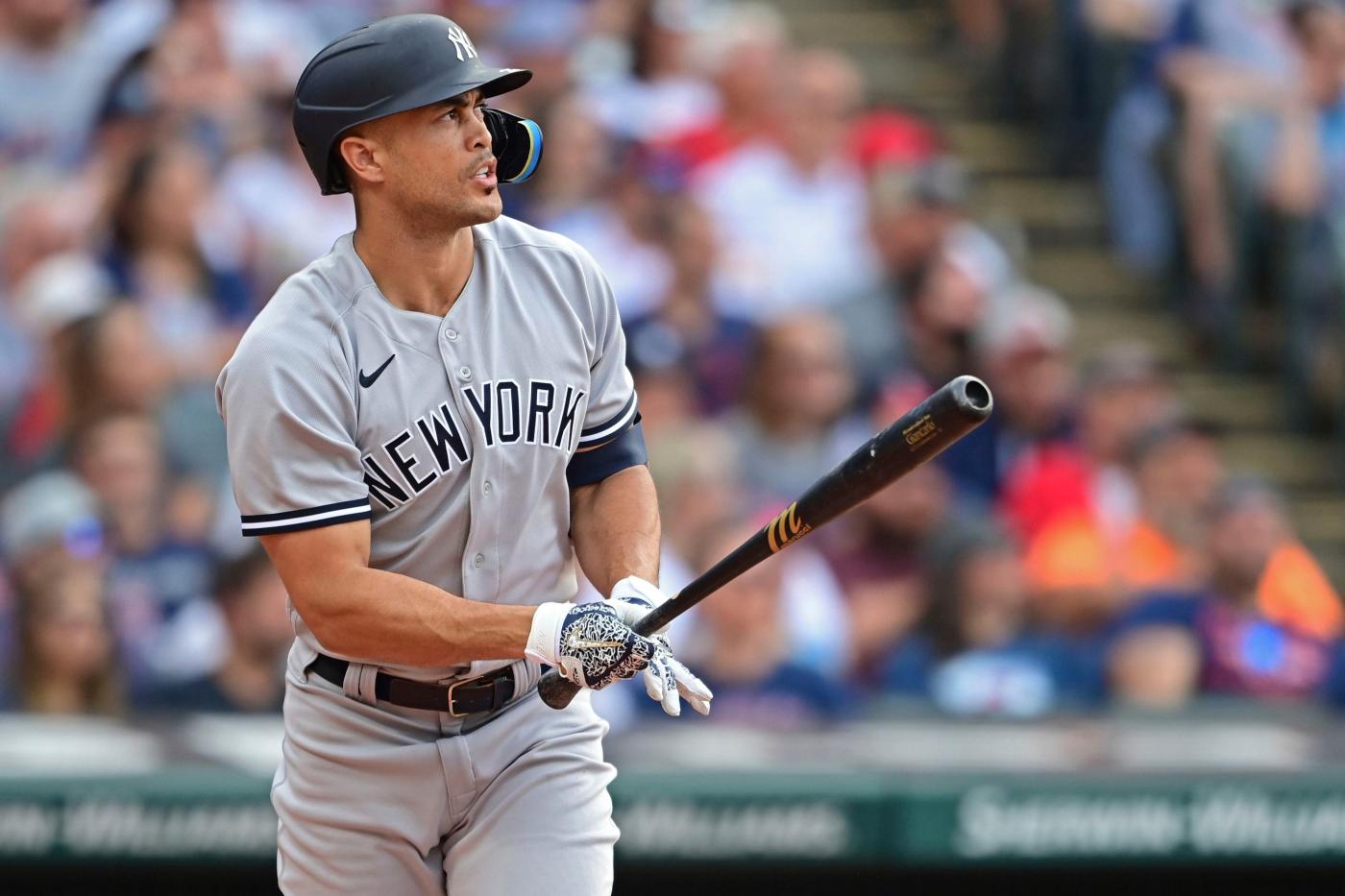 OAKLAND — Giancarlo Stanton’s return from the injured list on Thursday was well-timed. As the Yankee offense was starting shake off its almost three-week funk, and coming in to face the worst team in baseball, Stanton stepped in Thursday night to drive in three runs in the Bombers’ 13-4 win over the A’s at the Coliseum.

While Stanton was on the IL with left Achilles tendinitis, the Bombers went 12-17, averaging two less runs a game than they did when he was there. The slide, coming after they had the best record in baseball during the first half of the season, was dramatic. The Bombers went from having the best record in the American League and a 15.5 lead in the AL East, to starting Thursday 7.5 games ahead of the Rays and trailing the Astros by 3.5 games in the postseason seedings.

Andrew Benintendi, Josh Donaldson and Oswaldo Cabrera each had three hits with Donaldson driving in three runs and Cabrera and Benintendi driving in one each. Jameson Taillon allowed one run on six hits in six innings of work. Greg Weissert had a debut he’d like to forget, hitting the first two batters on his first two pitches in the big leagues and getting a fly out before walking the next two batters. He allowed three runs on no hits.

Stanton was playing in his first game since July 23. He spent the last week preparing.

“He knows himself. Well, you know, we were just obviously treating him and getting him right and getting him to the point where he feels ready to go and he’s certainly there. And so (we’re) really excited to get him back,” Yankees manager Aaron Boone said. “I don’t know when I’ll get him out on the field. He’ll be DHing  here in the early going (while) continuing to work in pregame to kind of build himself up from an outfield standpoint.”

The threat of the 32-year old slugger simply makes the Bombers’ lineup better, makes it more likely that Aaron Judge is going to see better pitches to hit and makes it deeper.

Stanton understands the urgency. He will be the DH predominantly and then work his way back to playing the outfield.

“I just want to jump in there and get some games under my belt to get a better gauge of it,” Stanton said. “But I help the team better when I’m in the outfield. I guess we’re more dynamic, so (I’ll be out there) just as soon as possible.”

Part of the reason to believe that the Yankees will be fine is the return of Stanton, but also the emergence of Andrew Benintendi in the last five games.

Benintendi has gone 10-for-19 with three runs scored, two doubles and a home run in that stretch. That home run was a monster shot into the second deck in right field, the shot the Yankees needed to end a three-game losing streak, which started this three game winning streak. He drove in runs in all three of the Yankees’ wins.

“Like I said, when we got him, I was looking forward to getting him over here because he’s a guy that puts the ball in play. He’s a guy that comes up in big moments. He’s played in big games, and we’ve seen that the past few games now,” Judge said of Benintendi. “It’s just another tool that  we’re lucky to have and that’s for sure.”

Also, Judge seemingly is back on track.

Those home runs aren’t just important for Judge’s record, but they matter a lot for the Bombers’ offense to work. They are built on power and it’s a pretty simple formula; when they hit homers they win more. When the Yankees go without a home run they are just 10-21 this season. They won on Thursday without one.

“I think it’s tough to have a little bit of swagger when you keep losing games and dropping series and not playing your brand of baseball,” Judge said. “But I think the swagger’s always been there. I think it just took a little reminder of who we are and what type of baseball we play and going back to doing the basics. We got it back.”