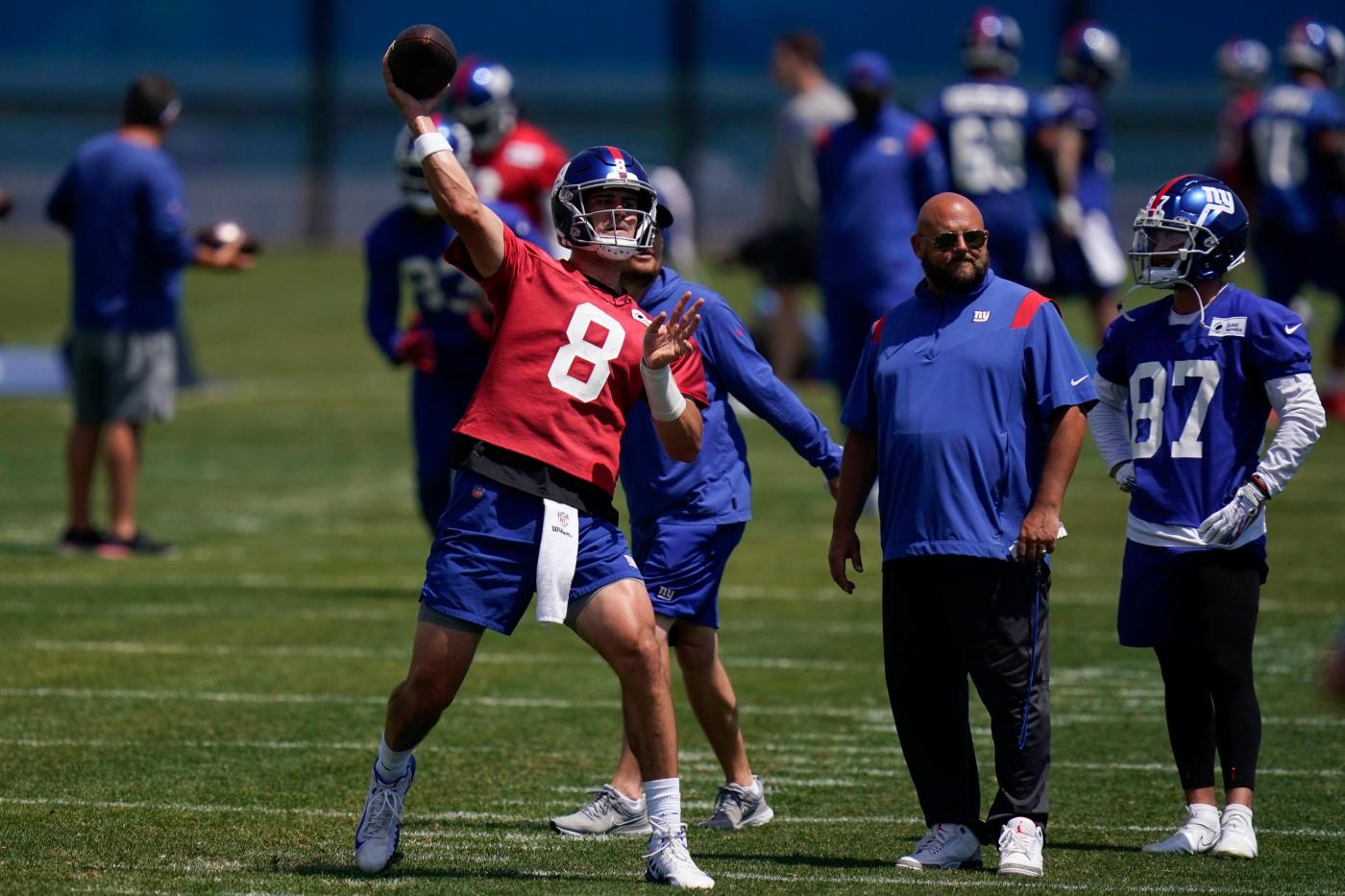 Brian Daboll isn’t going to be the one to reveal why Daniel Jones required neck surgery this winter.

The Giants’ head coach grew agitated Friday when quizzed about the “non-football related procedure” that Jones had acknowledged for the first time on Thursday.

Daboll said he wasn’t concerned about Jones’ health now, but he wouldn’t confirm or deny whether Jones had endured some sort of trauma that prompted the procedure.

Daboll was asked why he used the word ‘injury.’ He clarified that he’d misspoken and raised his voice, making clear he was done with that line of questioning.

“Not an injury,” Daboll said. “Whatever Daniel said yesterday, you guys ask Daniel.”

Jones said Thursday that his neck feels great and that the surgery had nothing to do with the neck strain that ended his 2021 NFL season early.

He hasn’t missed a practice this training camp, either. So the Giants appear to have plenty of reason to believe that this undisclosed issue is behind him.

But it’s unsettling not to be aware of a possible medical condition or trauma incurred by a team’s starting quarterback, even if the surgery happened about eight months ago.